Aimed at our yacht co-ownership members with an affinity for beautiful buildings, we hope that this review of Mallorca architecture inspires an unforgettable sailing trip around the Balearics largest island.

For Mallorca, as well as being one of the region’s most picturesque yachting destinations, also boasts a rich architectural heritage which dates all the way back to the Stone Age. Spanning richly diverse periods such as the Phoenician and Roman times through to the contemporary era, this Spanish island is a veritable catalogue of architectural relics worthy of any museum.

From cathedrals built in the name of the Virgin Mary to 14th-century royal fortresses so beautifully restored they appear to be straight out of a history book, Mallorca architecture offers a cultural dimension to those on a sailing holiday of the region.

So, whether you are planning a trip of your own or embarking on a yacht charter in Mallorca on a luxury vessel such as the South Marine Trawler, which offers much of its own exquisite design, check out our list of sights to visit on this enchanting island.

Considered by many as the ultimate landmark in Mallorca, this cathedral was built by the Crown of Aragon on the site of a Moorish mosque in the capital of Palma. Measuring 121 metres long and 55 meters wide and boasting Europe’s largest rose window, the cathedral is said to have been built by James I of Aragon to thank the Virgin Mary for his safe passage to Mallorca. It took more than 400 years to finish, with world-renowned architect Gaudi adding to the cathedral in the early 20th century. 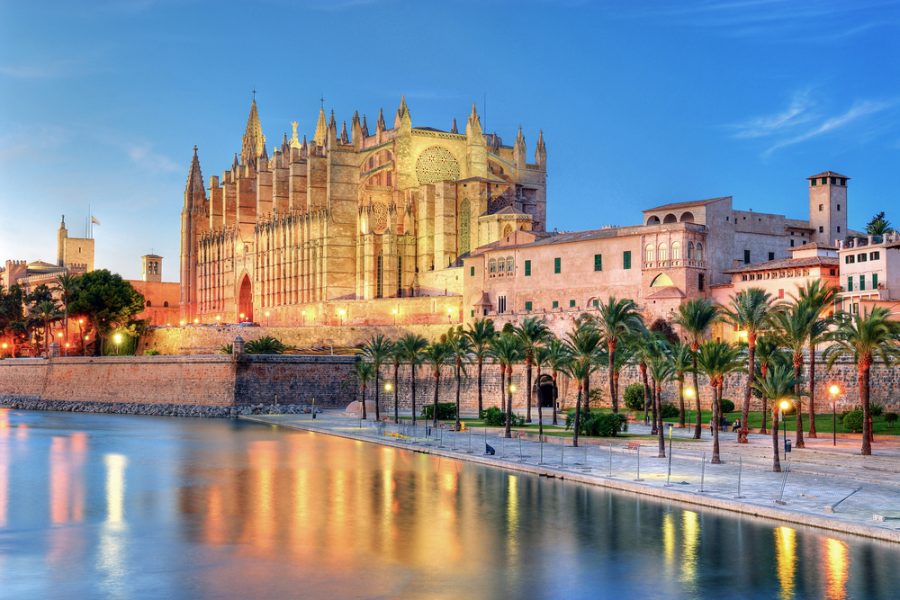 Situated right next to La Seu Cathedral is Almudaina Palace, built in the 13th century for the royals and still used today as a summer residence for the Bourbon-Anjou family.  This stunning example of Mallorca architecture was converted into Gothic style under the reign of Jaume II, but some elements of Islamic architecture are still prominent, such as a series of Moorish arches.

Situated a short distance from the capital Palma, making it very easy to visit on a yacht charter in Mallorca, is Spain’s only circular castle. Built in the 14th century by King James II as a royal residence, the castle was once used as a military prison before becoming one of the island’s major tourist attractions. It is now home to Mallorca’s History Museum and boasts one of the most stunning viewpoints of anywhere else on the island. In fact, its name Bellver means ‘lovely views’ in Catalan. 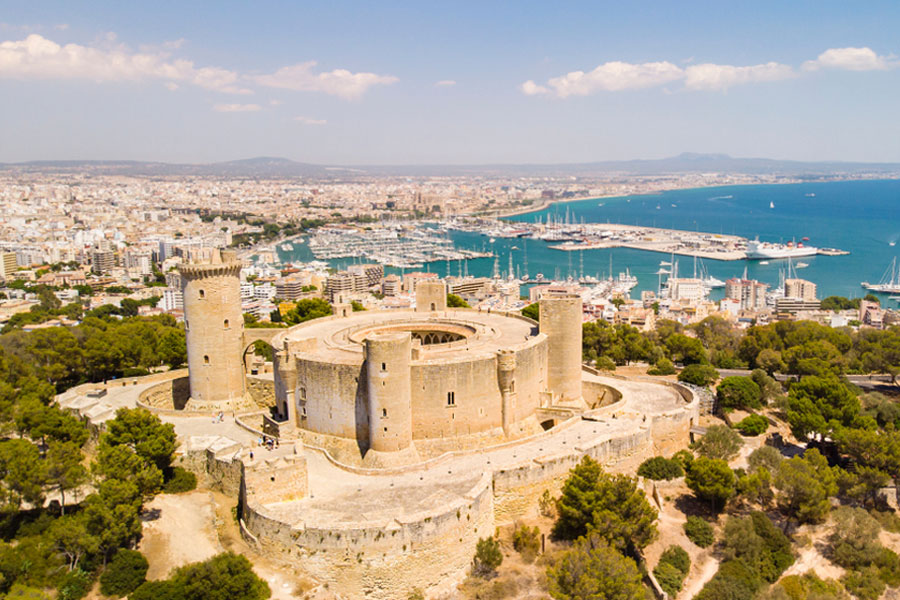 Another of the most stunning examples of Mallorca architecture is the Museum of Modern Art, located in an exquisitely restored Art Nouveau building in Soller, in the north of the island. Can Prunera is a totally unique building featuring a series of animal-like shapes and a visit here is wholly recommended, not just for its architecture but also for the art it houses. Works by artists like Picasso, Miro and Klee are all exhibited at the museum as well as local artists such as Barcelo and Marti.

Leave your Mallorca yacht charter moored on the coast and head into the middle of the island to discover this prehistoric site, which dates back to around 900BC. With a little imagination, you can see the remains of towers and buildings that were built many thousands of years ago.  On the same site is the Museum of Son Fornes, housed in an 18th-century restored flour mill known as the Moli des Floret.

If these beautiful Mallorca architecture spots have inspired you to plan a yacht charter  in Mallorca, what are you waiting for? Get ready for the holiday of a lifetime. 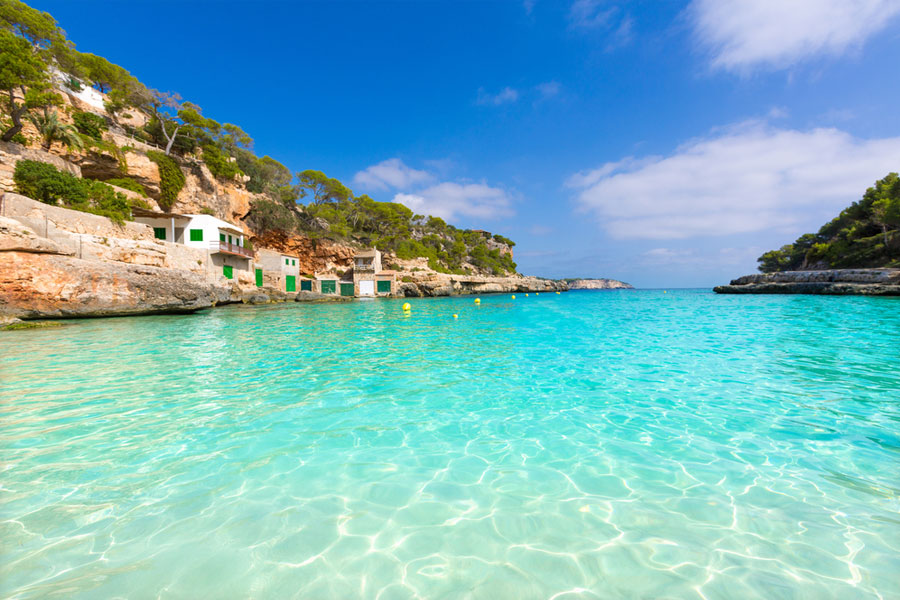