Nestled in woodland just outside Birmingham, Hampton Manor offers stylish accommodation paired with friendly service, but it is the Michelin-starred restaurant, Peel’s, that is the real star of the show.

The concept of a restaurant with rooms always fills me with joy. Food and sleep – edit out all the other nonsense and cut straight to the chase. Place such an establishment in a pretty village near Birmingham, the halfway mark of an oft-travelled journey from London to The North, and I’ll be hard pushed to stay on the M6 every time I approach the junction. 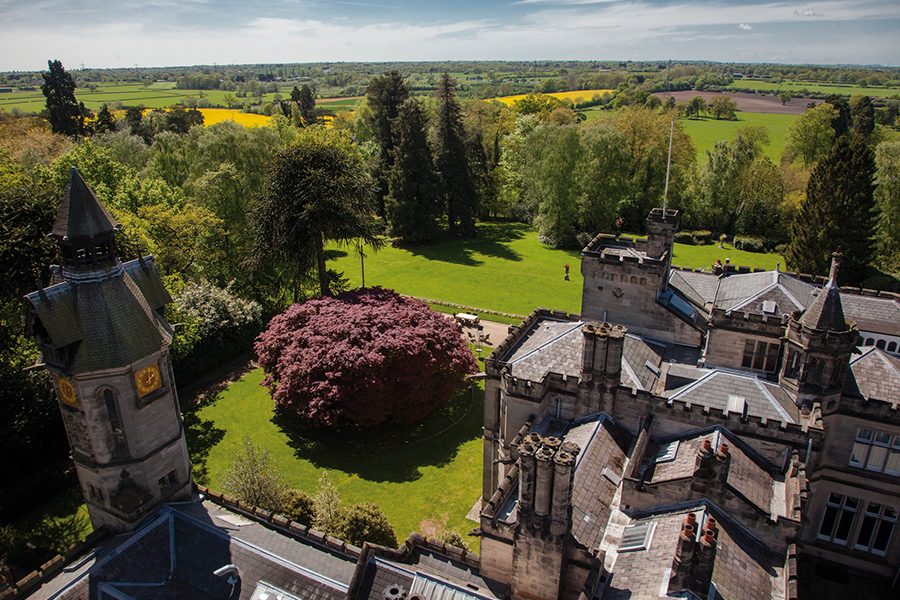 Hampton Manor is the country estate of erstwhile prime minister and ‘inventor’ of the police force, Sir Robert Peel. Our imposing suite is named after George Fentham – a successful local business man and philanthropist born in the village, Hampton in Arden, in 1630. Other rooms also pay tribute to local dignitaries and help anchor the building in this overlooked garden of England. Hampton in Arden is mentioned in the Domesday book, but the NEC has rather taken over as Birmingham’s most established landmark.

The house is Gothic Tudor – the taste of Sir Robert’s son Frederick, who rebuilt it in the 19th century. It’s not just a restaurant, let’s be clear, there are treatment rooms and ample lounging space on fashionable velvet sofas, but the focus rarely moves from food. There’s a tasting room, where you can see the chefs at work, a parlour for tea, and an ingenious idea in the heart of the house called ‘the maker’s table’, where guests can pull up a stool to taste wine. 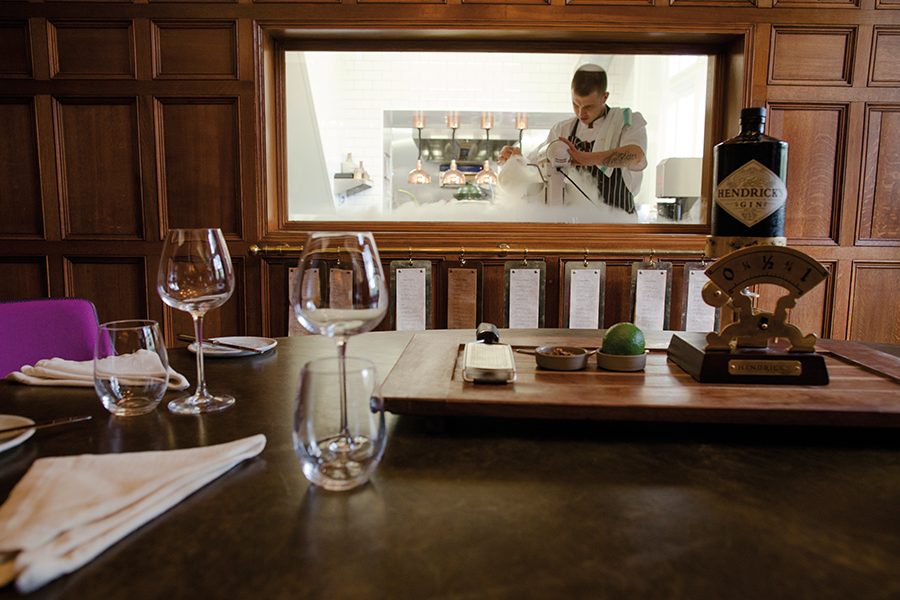 We took our evening drinks on the terrace – homemade rhubarb gin – accompanied by delicious snacks, with a view of the leafy garden which slopes down to fields of grazing sheep beyond. Bear in mind there is a well-loved kitchen garden within the 45 acres and everything is pointing towards a first-class dinner.

Our four courses are served in the glorious dining room (the Michelin-starred Peel’s restaurant), which has the loveliest hand-painted silk wallpaper I’ve ever seen (Fromental, apparently). Arts and Crafts is the era of choice for all of the interiors; William Morris is the muse.

Each of our courses is served with passion and knowledge. Roasted broccoli is followed by crab XO with Jerusalem artichoke, coriander and lime; Longhorn beef comes with cauliflower, Tunworth (cheese) and black garlic. Treacle pudding and an array of English cheeses almost defeats us, but we are brave. 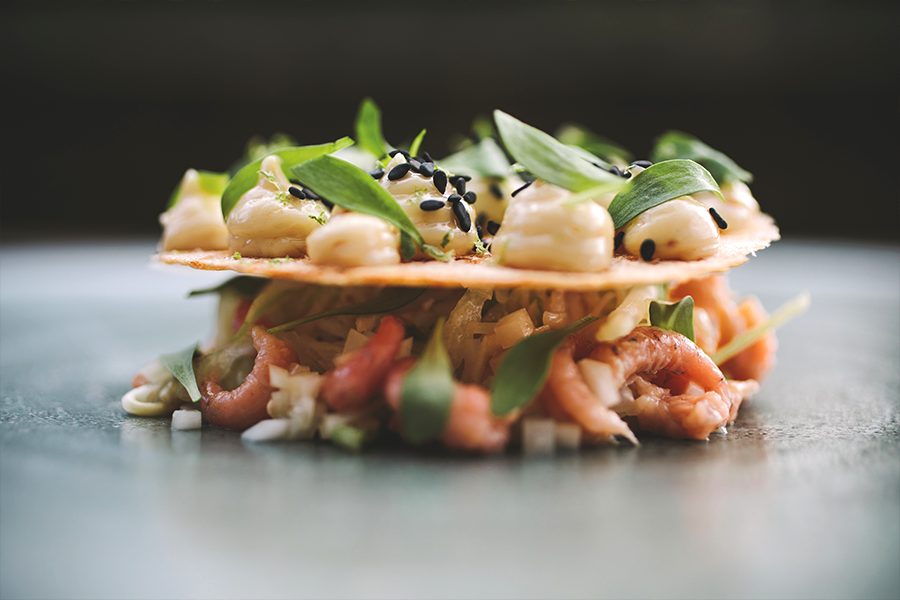 Wine pairings include a Chardonnay from South Tooting. In a laudable example of teamwork, the grapes are grown in France but the wine is created in London. The whole Hampton Manor team – led by James and Fjona Hill – is clearly obsessed by food and wine. Innovation is championed alongside warmth and conviviality and the combination is a triumph.

Bed and breakfast prices start from £190 per night, the four course dinner menu at Peel’s costs £75.