It’s been eight long months since my hair was last tended to professionally, during which time there has been a brief flirtation with DIY dye and a little trimming of split ends. About which my hairdresser Nick is impressively diplomatic. I can tell that he’s itching to get to work rectifying my wrongs though, and I probably don’t need to tell you that the feeling is mutual.

I’m in Charles Worthington’s bright and airy flagship salon, in the heart of trendy Fitzrovia. The neighbourhood, I am happy to report, is buzzing. It’s one of my first trips into the centre of London since lockdown, and I couldn’t be happier to be back. The salon itself is an oasis of calm, though, which may be due to the Covid precautions that have been put in place. Nick tells me that the team have formed two bubbles, working alternate days. When they are in the salon, they are only seeing one client at a time – whereas in the past they might have applied one client’s colour, and then moved onto another’s cut while it developed. It means that there are fewer people in the salon at any one time. I have to say that I like this new, quieter vibe – it is easier to chat, and feels much more exclusive. 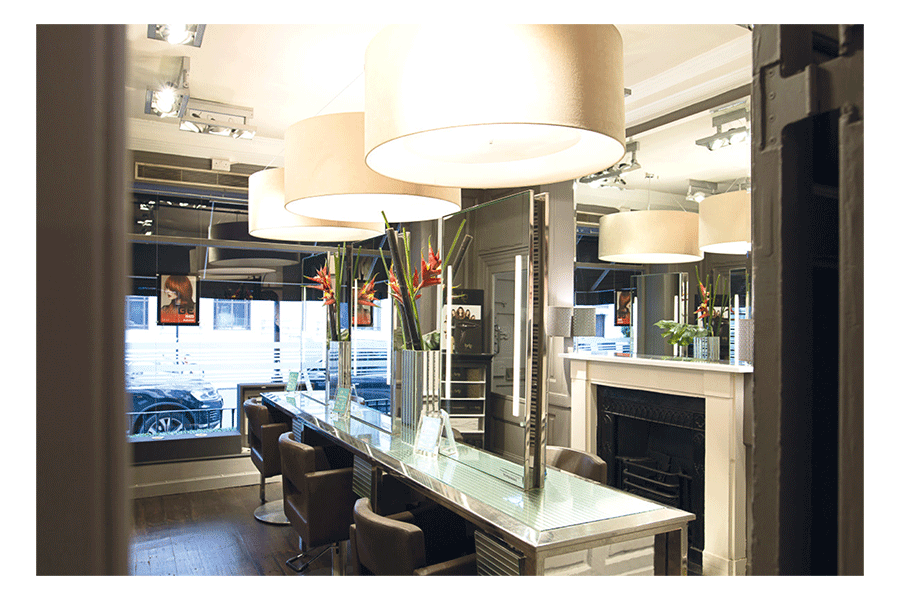 I confess to the dye digressions and explain that I have flirted with embracing my greys. Nick thinks it’s too soon – for which my other half, who is against this plan, will be grateful. He suggests that in addition to my usual balayage and tint, I could experiment with some babylights in the root area – alongside these, the greys will be less noticeable when they grow back through. I am happy to let him take the lead.Covid restrictions also mean that there are no magazines to flick through, but a clever QR code displayed on the counter in front of me takes me directly to a website on my phone where I can select from almost any magazine or newspaper imaginable and read it on screen. It helps to while away the period when the colour is developing.

Through to the wash stations, and Nick applies an Olaplex treatment to help nourish some of the damage done by lockdown’s neglect. He follows this with an amazing head massage, leaving me feeling utterly spoilt. Back in the hot chair, I’m treated to a transformative cut and a chic blow dry. I’m delighted with the result. Heading to the shops for a long overdue clothing spree afterwards, I can’t help giving my locks an appreciative toss in every mirror I encounter.