Lily Newmark on how her latest role allowed her to face up to old demons,  and why she is never satisfied without work on the horizon.

“I did a lot of crying,” Lily Newmark tells me, emphatically, when I ask about the making of her latest project, feature film debut Pin Cushion, an all-female fairy tale set against the backdrop of the working-class suburbs. The film tells the story of eccentric single mother Lyn (played by Joanna Scanlan) and her awkward teenage daughter Iona (played by Lily), who move to a new town in the hope of making friends and starting afresh. It is, at heart, a tale of bullying and mental illness and being disconnected from reality. It is not a happy film, but it is uniquely watchable.

Writer and director Deborah Haywood has described it as a very personal project, saying that: “The physical events aren’t autobiographical, but the emotions are.” Something Lily very much relates to, having herself been bullied as a child. “It was quite difficult to make, but it was also a very cathartic experience for both of us, because it meant that we could face demons that we hadn’t been able to in the past,” she explains. Adding: “although there were a lot of tears, they weren’t traumatic tears. It was a very strong, female environment and it felt safe to cry.”

Having premiered at the Venice International Film Festival, the film received unanimously positive reviews from the critics. It is up for general release this month and Lily is intrigued to see how the public will react. “It is a film about mental health, and even though people seem to be very encouraging about mental health issues these days – coming forward with their own stories, or being very positive and encouraging towards people who have – it seems that it is still a very touchy subject for some.” Of course, negative feedback is always harder to swallow when the subject matter is so personal, “but that is just the risk you take when you make art,” she reasons. “People will take what they want from it, and project their own experiences onto it, and it won’t always be positive for everybody,” she tells me, with a shrug. 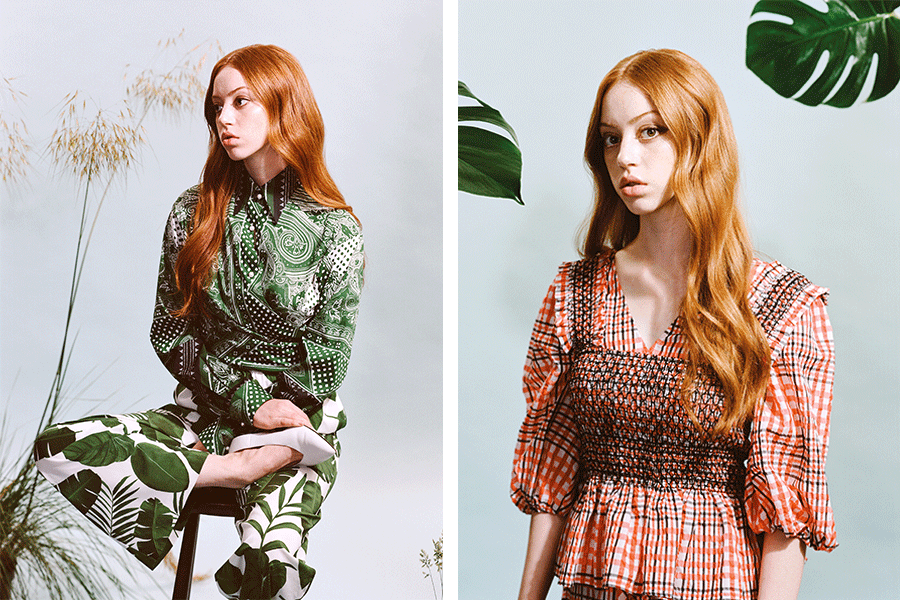 Iona is an especially interesting choice of role for Lily, given that she was originally attracted to acting because of a desire to make people laugh. “At school I was a bit of a class clown,” she admits. “I wasn’t always the best student, in the sense that I was constantly getting into trouble for making a clown out of myself, but I made people laugh and that was important for me. And now I definitely think that physical comedy is my forte really. It is where I am happiest.”

She says that she briefly toyed with the idea of studying theology or philosophy, but knew deep down that it wouldn’t have made her happy. Having been involved with making costumes for the National Youth Theatre as a teenager, acting felt like the obvious next step. She spent two years with the Albany Theatre Company in Deptford and later joined the National Youth Theatre as an actor, before going on to study Acting and Contemporary Theatre at East 15 Acting school, graduating in 2016.

Lily made her television debut even before she graduated, with a recurring role in NBC’s Emerald City. Nevertheless, she is glad that she took the course. “It was definitely worth it,” she nods enthusiastically. “I recommend taking classes, even if you have an amazing instinct. You are never too young or  old to learn.”

It does seem to have been time well spent – less than two years out of drama school Lily has been cited by BBC Entertainment as ‘one of the UK’s most promising young actresses’ and she was nominated as Most Promising Newcomer at the 2017 British Independent Film Awards for her role in Pin Cushion. “I have achieved a lot and I do feel proud of myself,” she smiles. “I only graduated two years ago and I have done 11 or 12 projects so far. I have worked very hard, but a lot of it is about being in the right place at the right time.” 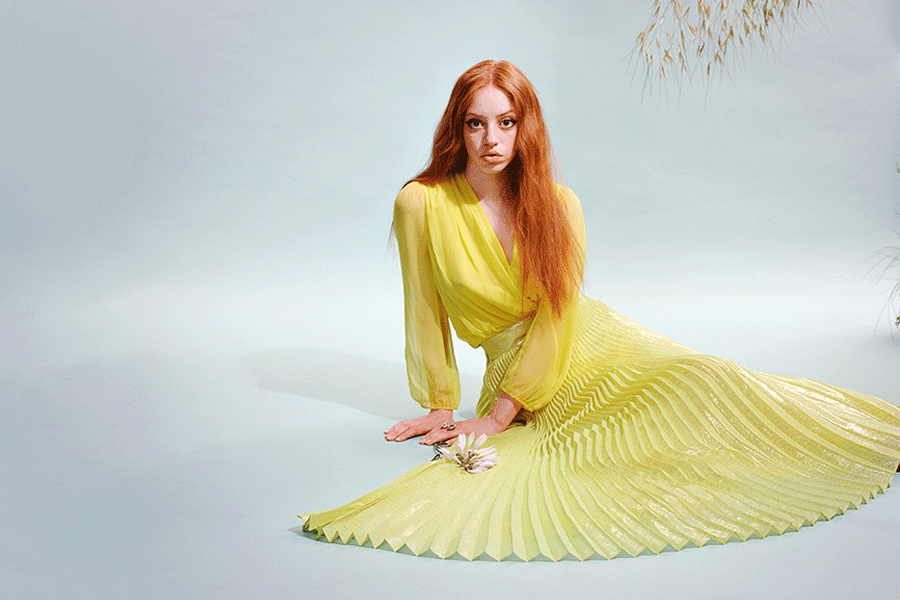 Up next is comedy Juliet, Naked, in which Lily plays a supporting role: another hugely positive experience for her. “It was produced by Judd Apatow and directed by Jesse Peretz, and I was acting with Chris O’Dowd who is one of my favourite comic actors. And Rose Byrne, who is hilarious as well. And Ethan Hawke was in it…” she enthuses. “It was my first comedy – I’ve done a couple since – and we had such fun making it. I’m sure that is going to come across to viewers and that it will be a hit.”

Whether or not she is right remains to be seen – it is due for release in the States next month, and later in the year over here – in fact she hasn’t actually seen it yet. That is, though, quite normal, she assures me. “You generally don’t see much of what you have worked on. I’ve done a lot of projects over the past year and a half and I haven’t seen any of them. It’s a bit of a waiting game really.” How does she deal with that? “You’ve just got to forget about it and move on to the next project.”

The long, long list of things Lily is currently trying not to think about includes the upcoming BBC adaptation of Les Misérables, in which she has a supporting role; and Rudolph Herzog film How to Sell a War, in which she stars opposite Katherine Parkinson. “My agents are constantly telling me to chill out and just be happy, because I am doing well. But I want to be working non-stop really. I like having things lined up,” she laughs. 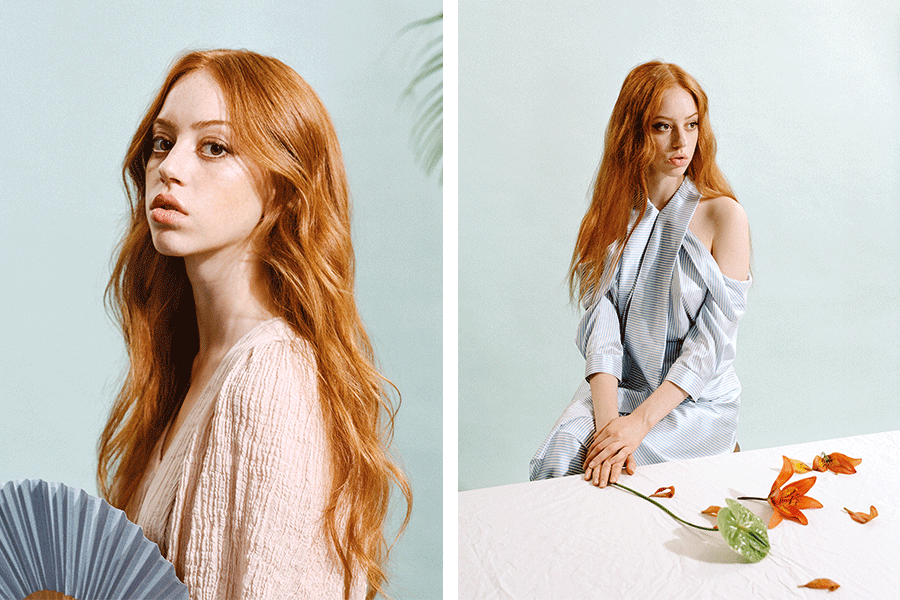 Right now she is taking a break at home in London before heading off to complete filming on a project for Netflix, although she is unable to tell me anything more about it. She’s spending time with her family and her sausage dog Wilfred. “He’s my soulmate,” she grins. “He bounds about the place, inspiring me to get up and enjoy life and be grateful and happy. When I am not filming we go to the park every day. I watch the birds and sit amongst the trees and take deep breaths. It is very healing. We are lucky in London to have so many lovely green spaces where you can do that.”

Having been born here, Lily is evidently a big fan of London. And she feels very lucky to have grown up in the Capital. “It is never boring; there is no way it ever could be. It is just filled with so many different people and cultures, and things to see and do. Even just walking around without an agenda is very exciting.” Perhaps surprisingly, she feels very safe here. “Even though there is a long way to go when it comes to politics, it is a pretty easy going place, and in contrast with a lot of places in the world, it feels like a pretty safe place to be a liberal woman,” she tells me.

The doorbell rings, and Wilfred, who has been dozing on Lily’s lap, leaps up and starts manically barking – not just a soulmate, but a bodyguard too, then. Our peace disturbed, it feels like the right time to bid farewell to Lily, for whom a date with one of London’s finest green spaces is evidently on the cards.

Lily’s make up comes from INIKA Organic and Evolve Organic Beauty, and her hair was styled using Hair by Sam McKnight products.