Star of the Small Screen.

With one of the most recognisable faces on the small screen, John Simm has rarely been unemployed since graduating from drama school. We caught up to chat latest roles, career goals and dealing with fame.

John Simm can only apologise for all of those Strangers billboards you’ve been seeing lately – even he gets sick of his own face. It was much worse earlier in the year though, he explains, when both Trauma, in which he starred against Adrian Lester as a vengeful father, and political whodunit Collateral aired not just at the same time, but also on the same night. “I’d been away for a while, I’d done some theatre and then I’d gone to America, and I came back and took two jobs, thinking that they would be spread out over the year, but they actually put them on on the same night. It wasn’t great for me because it was real over-exposure. You know, suddenly he’s back and he’s everywhere,” he shrugs.

If it was over-exposure, it doesn’t seem to have done him any harm with either critics or fans; both shows were well received, though John wouldn’t know it. “I haven’t really seen many reviews, I try not to look now,” he explains. “With TV, my job is just to say the lines, to serve that script… At the end of the day they take it away and they make their programme. However it turns out: I just work here!” He laughs.

Whether or not that is true, John picks his projects carefully; he’s at the stage in his career when he can afford to be a bit choosy about what jobs he takes. So what makes for a good role? “Foremost is always the script. I want to feel that it is going to be a good part, and that it is going to be challenging. I want to like the plot, and the story and the writing. So that is first. Then secondly, the director and who is in it,” he tells me. 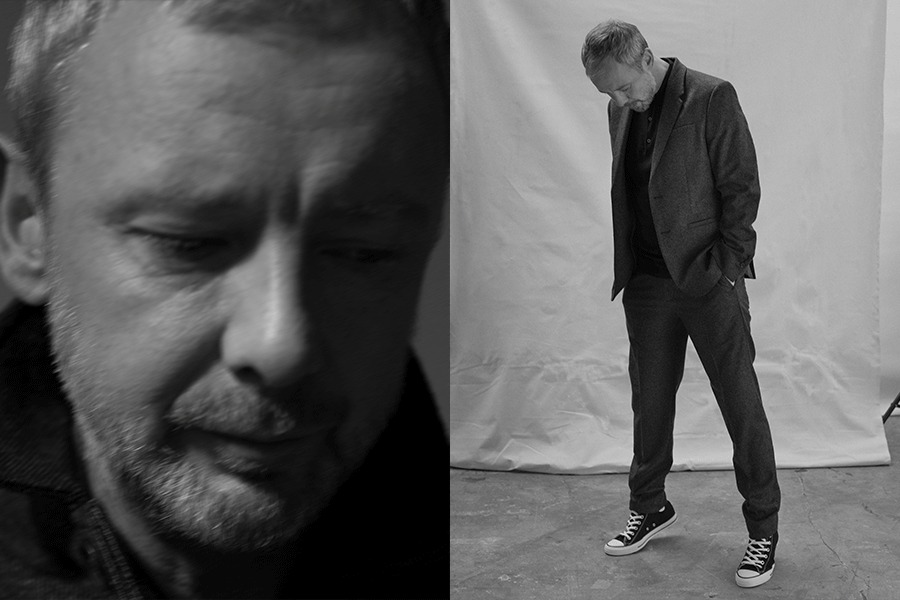 From the production company founded by The Missing creators Harry and Jack Williams, ITV thriller Strangers, which co-stars Dervla Kirwan, certainly fits the bill. Billboards aside, John is finding it hard to associate himself with the eight-part conspiracy thriller, though, and looks blank when I ask him to talk to me about the project. “I’m still trying to get my head around the fact that it’s called Strangers; White Dragon was always the working title,” he explains, as it dawns on him what I mean.

John plays the lead as Professor Jonah Mulray, whose life collapses when his wife is killed in what initially appears to be a car crash. Though she lives and works two weeks out of every four in Hong Kong, his fear of flying has prevented him from ever visiting her there. Forced to go and identify the body, Jonah discovers that she has been keeping secrets: “He finds out that she has a family over there, that she was married – she had a whole other life over there and had been lying to him the whole time,” John tells me.

But that’s not all Jonah has to deal with; he becomes convinced that his wife was actually murdered. “He thinks that the police are going to help him, but they turn out to be corrupt. They erase a voicemail that she left him – at the end of the message he could hear a crash and then a gun shot. The police take the phone to examine it, and they delete the end of the message. They tell him that he is just grieving, and that he is hearing things. So he meets up with the guy that she was also married to, David Chen, and they form this weird, uneasy partnership trying to find out what was going on. It’s a pretty good story,” he nods. Here’s hoping that the production team have done it justice.

Where the end result with television is very much in the hands of the production team, John sees theatre as much more of a team effort. He tells me that aside from being at home, he is happiest in a rehearsal room or on the stage. “You really feel like part of the gang,” he explains. “It’s a little bit like being in a band, because it is live, and you do it together, you know. If one of you falls, then you all try to pick him up.”

No surprise, then, that his next project will be on stage: as part of Jamie Lloyd’s Pinter at the Pinter – a season of one-act plays celebrating the tenth anniversary of the Nobel Prize-winning playwright’s death – John will be appearing in Party Time/Celebration this December.“I think that it’s going to be very exciting,” he tells me. “An amazing cast. And I’ve worked with Jamie on Pinter twice before. We did The Homecoming andThe Hothouse together. So yeah, he’s like my Pinter pal. All we ever seem to do is Harold Pinter. Maybe we’ll do something else one day…”

Performing, in one guise or another, has always been a big part of John’s life. “I grew up in dressing rooms of the club land circuit up north. My dad was a club artist so I would be in the dressing room quite a lot because I wasn’t allowed in the actual place,” he tells me. Later his dad taught him to play the guitar and the two of them performed together. “It was a unique thing being in a band with your dad,” he laughs. “We were a double act, but it wasn’t a democracy!” The realisation that he would prefer to be doing what he was doing with a group of friends his own age was a difficult one. “I couldn’t leave my dad to go and be with another band. That would’ve been awful and unthinkable,” he explains. 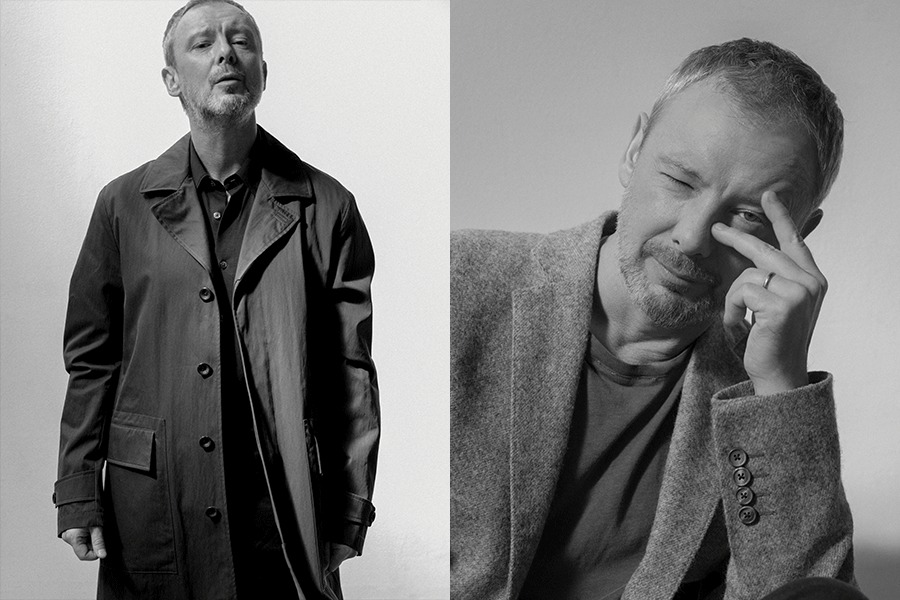 A serendipitous chat with the school drama teacher – a man called Brian Wellock, who John credits as being one of his biggest inspirations, along with his own dad – provided him with: “the rope with which I could pull myself out of this predicament I was in.” He went along to audition for an upcoming school production and got the part. The rest, as they say, is history. “My dad was a little bit upset, but I think it would’ve been a lot worse if I had left to be in another band,” John says.

By the time he left Drama Centre London John already had an agent and jobs were quick to follow. Less than five years later he got the part of Danny in The Lakes and since then the offers have rolled in. An impressive CV includes Human Traffic, Clocking Off, 24 Hour Party People, State of Play, Doctor Who and, of course, Life on Mars. But is there anything in particular he’d like to do more of? “There’s loads more stuff I would like to do… I am slowly ticking things off as I edge towards 50, you know, I have worked in America and I have tried different things. I’ve worked in the National and I’ve always wanted to do that, so it is slowly happening. I think I am a slow burner, which is good, because hopefully I will have the longevity to keep going,” he tells me.

Career longevity is something John can already claim: it has been over 25 years since he took his first job. In terms of the quantity of work being produced, and the quality too, the industry is a very different place to the one John graduated into, though. And he is, he tells me, not sure that things would’ve played out in quite the same way had he just been starting out now. “The sheer volume of stuff being made now is a blessing and a curse, I think,” he explains. “Weirdly, especially on TV, you see the same faces all the time. It’s very rare that they will take a chance on a complete unknown, like they did with me in The Lakes in 1996, or whatever it was.”

On the subject of seeing the same faces, I wonder how John copes with being recognised. “It is not an insane amount. On the most part people are really lovely, and they are very, very polite. And if somebody comes up to you and tells you that they like what you do then that is wonderful. I really can’t complain about that,” he assures me. Adding that: “Where I live people are used to seeing me. Nobody cares. That’s true everywhere in London really. It usually happens if I leave London and I go up north for a bit, or wherever, and people are not used to seeing me… The weird thing is that if it was taken away it would feel very strange.” Those billboards do take some getting used to, though.Strangers continues on ITV on Monday nights at 9pm