We talk exclusively to Annabel Scholey about her new project, The Split.

Women are at the heart of The Split, Annabel Scholey’s latest project, and she is pleased to say that’s becoming increasingly the norm. It is International Women’s Day when Annabel and I sit down to chat. And with the #MeToo and Time’s Up campaigns gathering pace, it looks set to be a significant year for women around the world. So it feels fitting to be talking, today of all days, about Annabel’s latest project – a BBC drama about the personal and professional lives of a family of high-powered female divorce lawyers in London. Written by BAFTA and Emmy-award winning Abi Morgan, produced by Jane Featherstone and directed by Jessica Hobbs, the strong female-led cast of The Split also includes Nicola Walker, Deborah Findlay and Meera Syal.

“It is the most amazing team of women, so I felt very lucky to be part of it,” Annabel enthuses. “And it is lovely that the whole thing is centered around this family of women,” she adds. “But I’m happy to say, that more and more, I find that most things I go in for are heavily female. I think that we are in a place now, particularly in drama, where it is not going to be necessary to mention it as much. I feel like it is going to be the norm.”

The series mixes legal, relationship and family drama as Nina (played by Annabel), her sister Hannah (Nicola Walker) and mother Ruth (Deborah Findlay) negotiate scandalous affairs, big-figure settlements and fraught relationship battles at work, while navigating their own complicated lives at home. It is what Annabel describes as a dream project. “Abi Morgan is just so good at writing these brilliant, flawed, witty characters. I think that is why I loved the script so much actually: they are all flawed, and that is really interesting to play. And interesting to see on screen, I think. These are real people. They seem to be doing so well professionally, and yet they are a complete car crash in their private lives.”

Interestingly, law is something that schoolgirl Annabel had considered had acting not worked out: a memory that came flooding back when work began on this project. “When we were researching for The Split and we went into a high-powered, smart divorce law office, I did think that there is a thread of my personality that would have been good in that environment. I am quite competitive, quite annoyingly assertive, I like to get things done, so I think maybe I could’ve done that… Life could have been very different, but this is definitely more fun,” she grins. 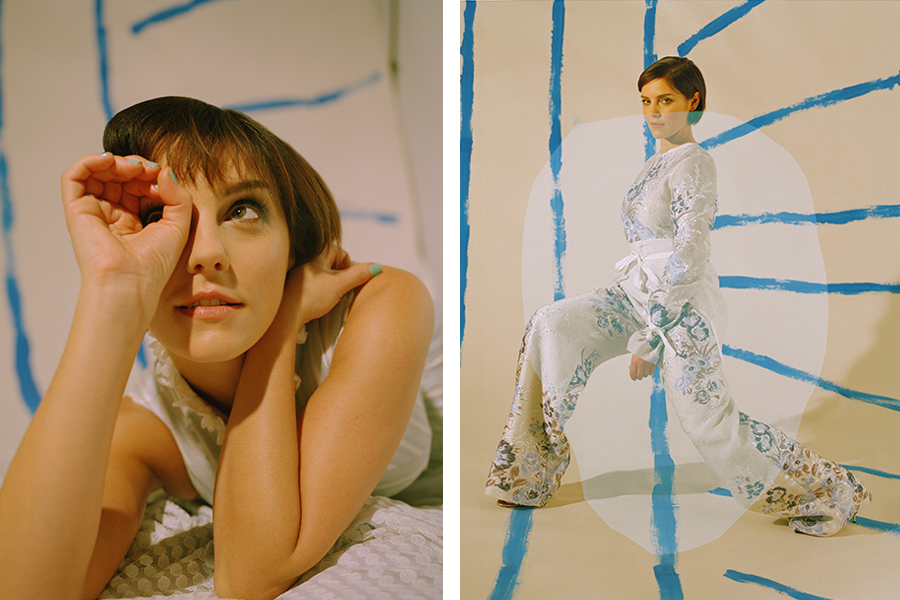 Though Annabel does not come from a theatrical family – her father is a retired fireman, her mother a nurse and her younger sister a teacher – she can thank her parents for encouraging her to pursue this particular career path. “I used to dance – Mum took me to dance classes because I had too much energy! I liked singing as well and I really loved Shakespeare… It was my dad who said: ‘Maybe you should try drama school.’” And she credits her dad with giving her another bit of advice that has helped her to get to where she is now. “I remember when I was a little girl, he clipped out a thing from the newspaper and he put it in a frame on the wall,” she tells me. “I think it is a very well-known phrase, it said: ‘Success is a journey, not a destination, and half the fun is getting there.’ I definitely think that is important to remember.”

For Annabel the journey has certainly been lots of fun. Her extensive theatrical CV includes roles in productions at the Almeida, the National Theatre and at The Old Vic, to name but a few. While on screen, an appearance in a BBC adaptation of Jane Eyre, alongside Ruth Wilson, was followed by starring roles in Being Human and BBC Three’s Personal Affairs. She also played the lead role of Maddie in the 2014 musical feature film Walking on Sunshine, and starred opposite Dustin Hoffman and Richard Madden in Medici: Masters of Florence. And earlier this year, Annabel appeared as evil queen-in-waiting Amena in Jez Butterworth’s latest epic, Britannia, the much-lauded historical fantasy for Sky Atlantic.

“I’ve done some fantastic things over my career so far,” she agrees when we discuss her past projects, attributing the sheer volume of work to the fact that she found it almost impossible to say no to a job when she was first out of drama school. To the extent that her agent would say to her: “You don’t have to say yes to this you know.” There was, she explains, just something “addictive and amazing” about doing such varied work. Not to mention that she was just terrified of missing out, or later regretting turning down a particular role. “An acting friend said to me, ‘You have to ask yourself, can you bear the thought of somebody else playing the part?’,” she laughs, explaining that, initially, much of the time the answer was no!

Annabel is now in a place where she can be more selective, so what is it that she looks for in a role? She thinks for a minute, before telling me: “I like parts to be a bit tricky. I want to know that I am going to be challenged. I think that it is good to be a bit scared about playing a part, and to know that I am going to have to push myself. I want to get the little adrenaline rush, stomach flip: I’m an adrenaline junkie and I think that most artists are.” Right now, she is finding that rush in her various television projects. “I really feel that I still have a lot to learn on camera,” she tells me. “Certainly for the next year I am going to stick with screen.” 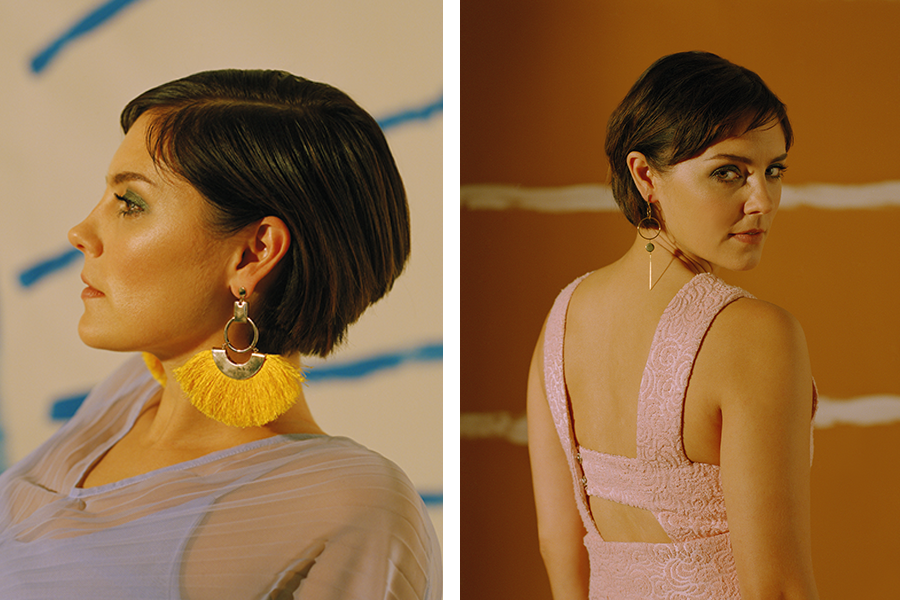 That is not to say that stage work is not very special to her: “I did nearly 10 years of theatre and I really think that is how I learnt to do the job. And I liked being a part of all of the different companies.” She fondly recalls gathering with various cast and crew post-show at J Sheekey (“where everyone goes for late night prawns!”), and tells me that even now, whenever she is unemployed, she spends a lot of time in London’s theatres as an audience member. “I definitely need to do more, and I want to as well,” she assures me, adding: “But right now it would have to be a really good part to tempt me away from the screen… My dream part would be Maggie in Cat on a Hot Tin Roof. I would love to do some Tennessee Williams.”

What does the future hold?

Until such a part materialises, I wonder what the future holds for Annabel, career-wise. “Hopefully more of Britannia,” she smiles. “And I also went back and did a bit of Medici – series two is out later in the year. But yeah, I am pretty sure that I am going to be filming more evil queen. And we’ll see how well The Split does…” On that note, will she be watching along with the rest of us? “We might all get together that first evening, or I’ll just be watching at home with some friends and my husband, hiding behind the sofa,” she laughs. It is, she tells me, always a difficult thing watching oneself, but something she is becoming more comfortable with. “I think I have got a bit of a switch that I can press in my head now, so that I can ignore the vanity side of things… I just think that if I don’t watch myself how will I ever learn?”

Learning, and looking at the bigger picture are very much Annabel’s focus at the moment. “Now that I have reached my thirties I have reached a point where I think, ‘Okay you’re quite happy with where things are, maybe it is time to look further,’” she explains. “I would be interested in doing some producing I think. I’m not a writer. The directing thing is interesting, but I think that the other side of my personality would be good at producing. I think that it would be good for me to do something like that.” Given her track record, it seems certain that whatever she turns her hand to will be a success.

Abi Morgan’s The Split is coming soon to BBC One.