Screen International Star Of Tomorrow 2011 and Children in Entertainment award winner Alexandra Roach talks about her latest film role and explains how she is shaping a career for herself as an adult.

Accents can be tricky in interviews. So many times I have pored over recordings, playing sections back over and over again, trying to make out names and places. But Alexandra Roach’s soft, south Wales accent is crystal clear and lilting, I could listen to her speak all day.

Though she was a veteran of Welsh soap Pobol y Cwm by her early teens, and won the award for Best Juvenile Actor in a Soap at the Children in Entertainment Awards in 2003, the accent almost did for her adult acting career before it had really begun, she tells me. “I was still at RADA at the time,” she recalls, “and I had just signed up with my agent who had sent me on my first audition. I was so nervous and it was in the old BBC building, you know where they filmed Live & Kicking, and I felt like, oh gosh, I have seen this so much on telly; it’s a bit overwhelming. So I was really nervous and I go in and this old guy was the director and he was so well spoken, and he asked me where I was from, and I told him: ‘Wales, Swansea,’ and he just blanked me and turned to the casting director and said, ‘oh no, she’s not right,’” she laughs. “So I said, ‘I’m not going to do it in this voice, I’m going to do it with an English accent,’ and he was like, ‘no, honestly, there’s no point’. He just wouldn’t look at me, he wasn’t listening to me, and I could feel my bottom lip trembling as if I was going to cry,” she admits.

Though it hurt at the time, it was no great loss – indeed a big, career-defining film role was just around the corner. Fresh out of drama school, Alexandra was offered the part of a young Margaret Thatcher in biopic The Iron Lady, sharing the character with Meryl Streep. “It was an amazing experience. A massive milestone for my career,” she tells me. “I went in most days and just watched Meryl on set, just to see how she worked. It was a great experience as a young actress, to see somebody who was so brilliant and talented, and kind to everyone. And to see how she was leading the film and the crew, and how she was with everybody. It was really inspirational actually, to see that you could be kind and be a leading lady as well; a really important lesson.” 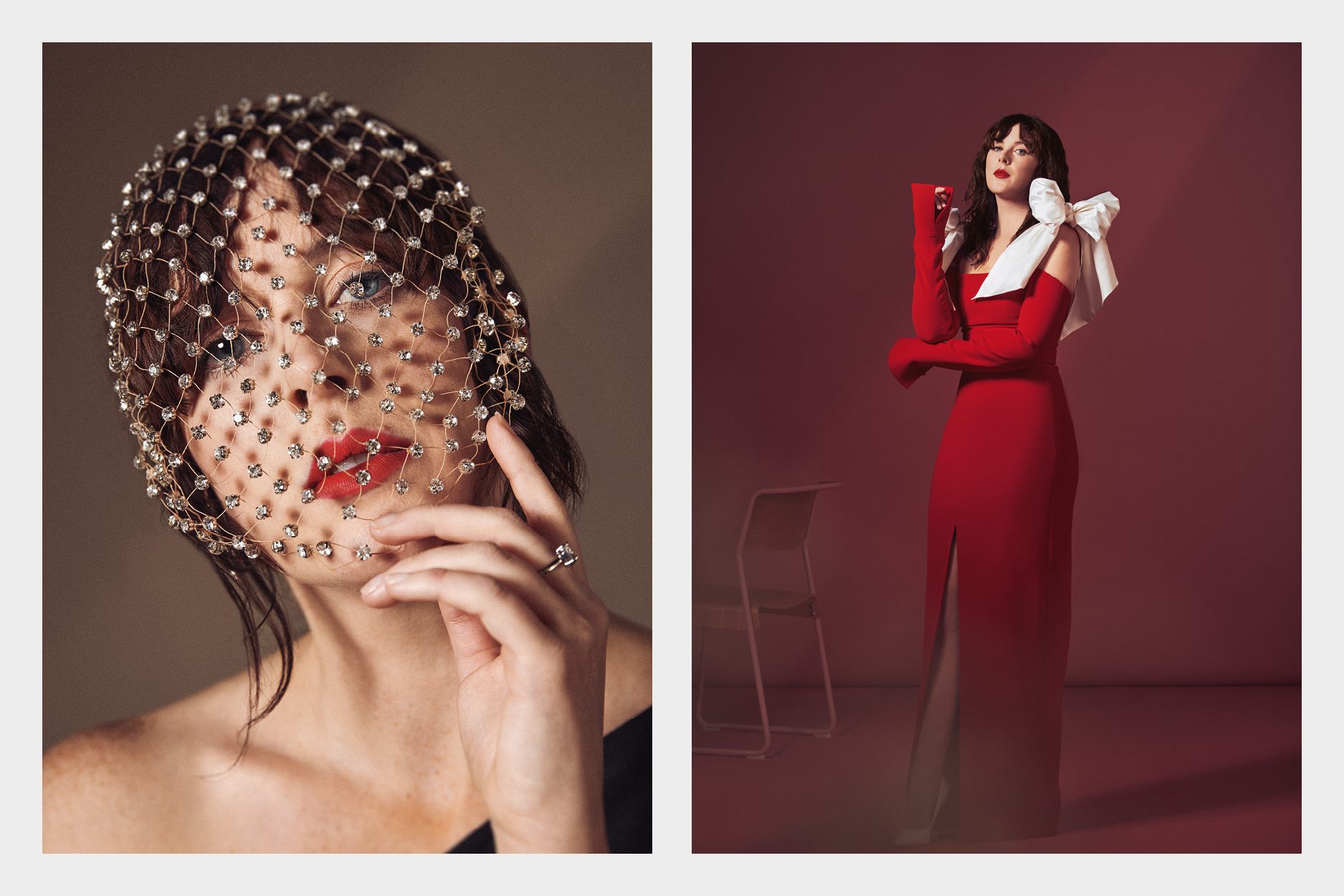 The biographical nature of that role was particularly appealing to Alexandra. “I enjoyed the whole process of that, diving into her life, and her biographies and getting underneath her skin,” she tells me. “You know, you don’t have all of that information available to you when you are just inventing a character. I think going forward I would love to get back into that,” she nods. Although, of course, there isn’t always a great deal of choice when it comes to acting. “It’s a tricky one, but you have got, potentially, not a lot of control over what jobs come your way,” she shrugs.

And, of course, for those just starting out, there’s not always the luxury of being able to pick and choose between those jobs. “I heard Stephen Graham on Desert Island Discs recently,” Alexandra recalls, “and he said that if you are a painter and decorator, when you first start out, you’re not going to be like, ‘oh, I’m not going to take that house because I don’t like the colour’ – you just have to crack on and paint the house. I think that when I was just out of drama school, it was such a scramble to get any work that when I was actually on set, I felt sort of lucky that I was there. But I am fortunate that the projects that I was offered have stood me in good stead in my career. But the older I am getting, the more experience I have under my belt, I find that I can be more selective with the jobs that I take. I don’t think that I have any regrets with the jobs that I have turned down though – I trust my instincts,” she smiles.

Most recently, those instincts have led her to British comedy, A Guide To Second Date Sex, out this month, in which she plays Laura, the lead female role, opposite George MacKay. “It’s a modern love story about two people living in London, that meet on a night out, and then arrange to meet again,” Alexandra explains. “And it’s all about how when you are out, and you meet someone, it is really organic and natural, but then the pressure comes with a second date. So, it’s a funny, awkward take on that.”

What appealed to her about the role? “The script is really charming and funny. There are lots of funny moments in it,” Alexandra explains, adding, “I hadn’t done comedy in a really long time, and I thought it would give me a chance to flex those comedy muscles. And to work with George – I worked with him years and years ago on one of my first films, it was called Private Peaceful, so it was great to work with him again, and because we knew each other, we knew how to make one another laugh. It just seemed really organic.” 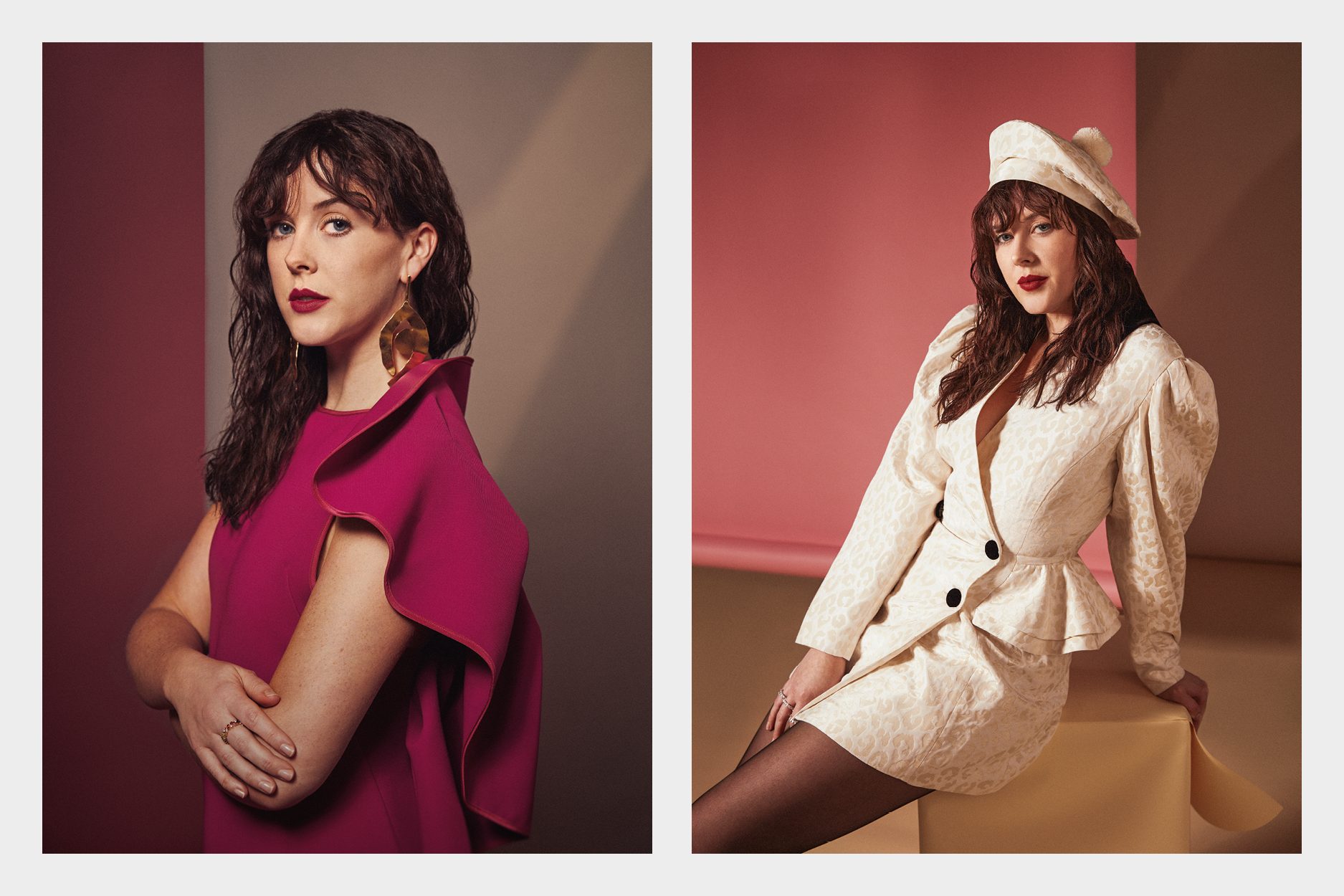 Comedy is definitely something she would like to do more of this year. “For me it has always been a passion, and something that I strive to get better at. In my own life, if I’m watching things at home, comedies are my go-to really. I love drama comedies, so anything maybe a bit darker…” she ponders.

She has, she tells me, been flexing other creative muscles. “I have been writing for the last year, and I have got a few projects in development with different production companies and different organisations shall we say, but I can’t actually say too much more on that…” she tails off apologetically. “I can say that I am looking forward to developing my writing more,” she smiles.

“I am learning so much about how to develop a TV show. And I have set up a company with my best friend, in Bristol, called Yes Mate Productions. We’re focusing on doing different projects about women. As a young woman, I am always looking to podcasts and novels from women, to make sure that I am on the right track, if that makes sense. I am always looking for inspiration, from older women especially. I’m like, will it be ok, is this how it’s meant to be – you know, about life. And I think recently I have realised that all of that knowledge that I was seeking from elsewhere, other women, it is in me already. So I am channelling that in my writing, and I am really enjoying that process at the minute,” she reveals, excitedly.

After ten years living in north London, Bristol is now home for Alexandra, but she will always hold a special place in her heart for the Capital. “I loved the independence that living in London affords you; the ability to get lost in a city,” she muses. “Of course, when I first moved up that was quite intimidating. I felt really tiny in this massive city of people, but over time I came to really enjoy that feeling. Having a sense of anonymity, and waking up and having such a huge variety of options in terms of choosing what to do with my day. There’s always something to do that falls within your interests. And I miss the sort of buzz of that – but I just wanted to buy a house really, and I had to move out of London for that!” she shrugs with a grin. And, of course, work will always bring her back here…