In an exclusive chat with Fabric, the TV chef dishes the dirt on her attitude to healthy eating, reveals what she has in the pipeline this year and shares exactly what you need to make it big in the kitchen

Nobody eats a healthier and more balanced diet than a chef, right? Not so, Gizzi Erskine assures me. “Most of the time I am cooking for work and I find that I eat terribly. I either eat in really indulgent restaurants because I have to for work, or I am cooking all day for other people and I just can’t face doing it for myself at the end of the day.”

So yes, there are days when she’s powered almost entirely by Coca-Cola, and she has been known to tuck into the odd McDonald’s. “Every so often, if I want to eat some dirt, then I eat some dirt. I love junk. It would be a huge lie if I said otherwise,” she laughs.

When she does cook for herself, though, she’s all about making it count. “My attitude full-stop towards cooking and eating is that I love food, and I don’t like to feel inhibited in what I can eat. I believe that when you cook something from scratch, it is good for you. But equally I am conscious that my weight does fluctuate, so I am always careful about eating more veg, cutting back on meat and dairy, eating good fats and oils and as much multi-coloured fruit and veg as I can.”

Gizzi’s Healthy Appetite: Food to Nourish the Body and Feed the Soul

Much of Gizzi’s current focus in on ensuring that people have a better understanding of nutrition, while not forgetting that eating well should be enjoyable. Which is precisely the premise of her book, Gizzi’s Healthy Appetite: Food to Nourish the Body and Feed the Soul, which has just been re-released in paperback. While it may be perfectly timed for those New Year resolutions, with recipes for things like lasagne, garlic chicken kievs and molten caramel and chocolate puddings, this is no diet book. But then for Gizzi, refreshingly, very few foods are actually out of bounds. Is there anything she simply won’t touch? “Yes, but more from an ethical standpoint,” she explains, “because I just don’t like eating sad, factory farmed animals. So I can safely say that I never buy meat or fish from a supermarket. I would rather not eat those things.”

It is these beliefs – about food and health – which led to Gizzi’s latest collaboration with model-turned-nutritionist Rosemary Ferguson. “Rose and I met a few years ago at a festival. By the end of the night we got to chatting about what we both had in common with regards to food. And we discovered that we both find the whole wellness thing really worthy,” she explains. Rosemary is what Gizzi describes as “a real scientist”, but she is also very pragmatic about healthy eating. “She eats very, very well, and she goes out and she has a good time. Both of us love to go out and get drunk and go out for a burger the day after.” 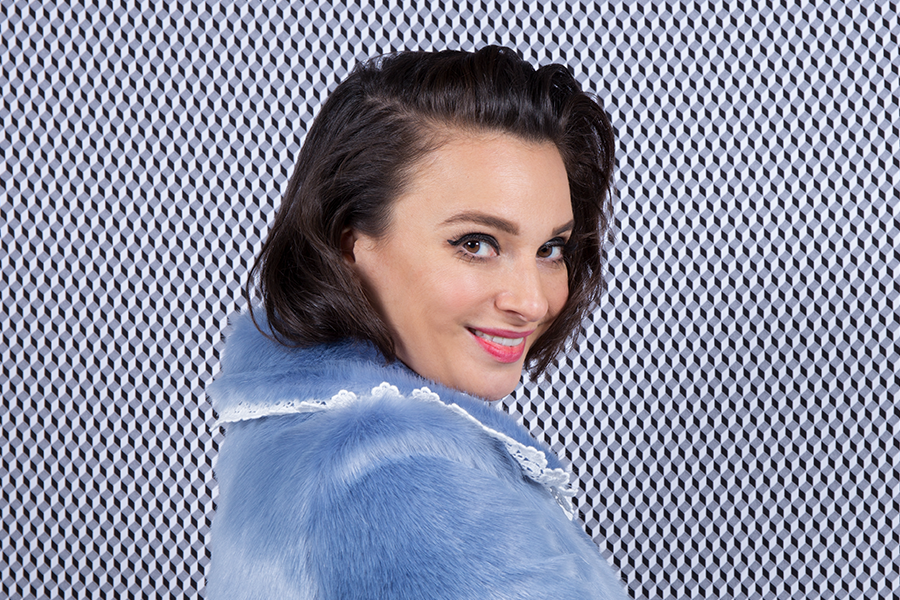 Born out of this shared love is Pure Filth, their joint business venture. Starting with a sell-out pop up restaurant at the Tate Modern late last year, with more pop up sites planned for this year and a permanent address in the offing, the pair set out to design a largely vegan menu of  what they describe as healthy food for hedonists.

“We didn’t see any reason why we couldn’t make micro-nutrient dense junk food,” Gizzi explains. “As a chef it was really important for me that it was delicious, but it was so cool to be working with a nutritionist, a scientist. She’d be going, ‘oh, have you thought about what might happen if you dehydrated this, that way we can get more nutrients in…’”

Their hero dish, a black bean burger, comes in a beetroot bun, with the option of a real cheese sauce for non-vegan diners (“made with ghee and loads of Red Leicester and Cheddar cheese, and beer”), and served with sweet potato fries, salad, milkshakes made with dairy-free Booja-Booja ice cream and a seasonal raw apple pie bar. “You can hit up to eight of your ten a day in one meal. And most importantly it is absolutely delicious,” Gizzi tells me, grinning.

The vegan trend is one she sees continuing to “kick off” in 2018. But what else looks set to be big? “Proper food halls,” she asserts, “supermarkets might get a bit of a sting in London.” It is a somewhat unsurprising answer, given the imminent opening of Mare Street Market, her next big project. “The site is just over 10,000sq ft and we are having a restaurant and an indoor market. Rough Trade are going in there, we’ve got our own coffee roaster, a huge, Harrods-style brass rail deli, loads of cool Hackney brands. George Lamb is broadcasting a radio station from there. There’ll be a huge bar, massive garden with BBQ area. It is going to be amazing…”

It is just one of a long list of reasons why 2018 looks set to be an exciting year for Gizzi. This October will see Harper Collins publish her newest book, Slow. “People like putting things into a pot and letting them amalgamate and homogenise together to create something delicious,” she explains when I ask her about the idea behind the book, which teaches the art of slow cooking. “You ask anyone what they want to cook and they will probably say that they want to cook a good stew, a good hearty sauce, a good soup. Those are the skills that people feel that they need, but they don’t have because these days we are in such a hurry when it comes to cooking.” 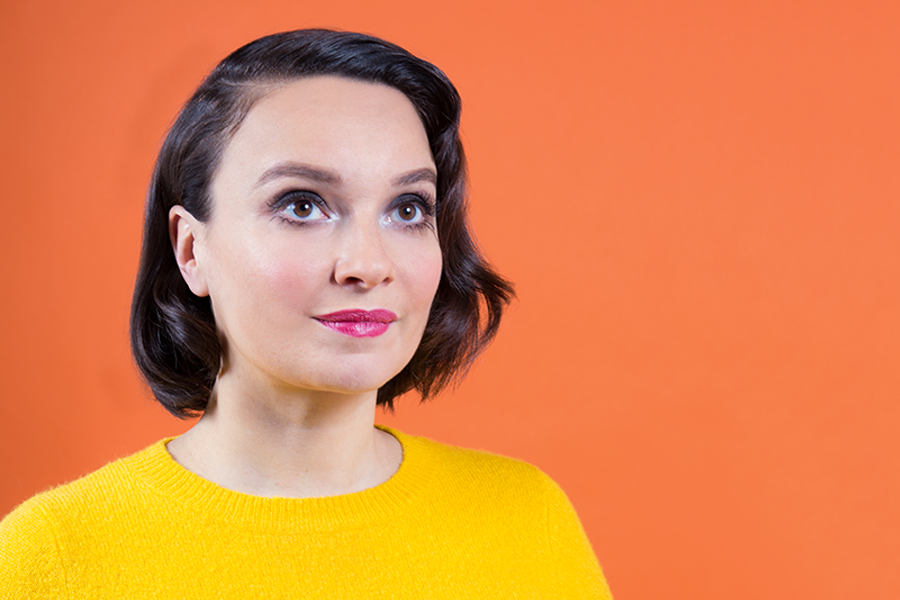 Gizzi attributes her love of cooking to a childhood spent surrounded by good food. “My mum is a fantastic cook, who believes in good produce and eating really nice things. She was abroad quite a lot when we were young, so I would cook her recipes to make my sister happy when she was missing mum.” After moving out of home at age 17 she continued to cook. “Everyone always says that young people don’t cook, but they actually do. They have to, because they can’t afford to eat out! That’s what I invested all of my money in.”

Speaking of which, where does Gizzi believe we should spend our money when it comes to the kitchen? “I love a proper gadget – chefy things like my Thermomix, but they are so expensive that I hate recommending them. Really you need nothing more than a decent knife, decent chopping board and decent pans. With that you can go far in the kitchen,” she assures me.

Fashion in the kitchen

That, and, of course, the right clothes – Gizzi has become known as much for her look as her cooking. A look that does not encompass traditional chef’s whites: “For years women were cooking in trousers that were designed for men’s hips rather than women’s, they look really ugly and they are hot and too tight in all the wrong places,” she shudders. So when Gizzi heard that chef Maxine Thompson was designing a range of trousers for female chefs, a collaboration felt natural. Gizzi’s PolkaPants are styled on the 60s cigarette pant, and made from a distinctive hand-printed leopard print fabric. “They are really functional, and they have got stretch, and they make your arse look amazing,” she laughs. Something that is almost as important as having the right skills and a good set of knives, apparently!