Tom Hughes came to acting through music, having watched very little television or film growing up; here, he tells us about his journey and his upcoming roles.

Tom Hughes wasn’t always going to be an actor. “When I was growing up, I didn’t really watch a lot of films; I kind of fell into acting from music,” he explains. “That was my escapism as a kid, and football really.” He recalls how his brother, who is six years older, started having guitar lessons. “I was incredibly jealous, as you are when you’re five and a half, so I begged to have lessons too. And the teacher said that if I could reach the fifth fret when I stretched out my thumb and little finger, he would teach me. And I remember kind of sitting up all night pulling my finger out of its socket trying to make my hand bigger,” he laughs.

It didn’t work, but he got the lessons anyway, and making music quickly became Tom’s world. It was only when a teacher, knowing that he was comfortable performing on stage, coerced him to take a part in a school production, that he considered giving it a go. “In my school there weren’t a lot of lads who did drama, so this teacher was like, ‘Do you want to play Dracula in this play?’. And I was like, ‘Not really’. And he was like, ‘You get to have two weeks off school’, so I was like, ‘Oh! Yeah, go on then, that’d be brilliant!’.”

It was, Tom says, a life changing experience: “I remember coming off stage and everyone going, ‘Oh, wasn’t it great when you did this’, and I couldn’t remember anything that had happened,” he recalls. “I can pick up the guitar and if you don’t interrupt me, I could play for ages and wouldn’t know if it was twenty minutes or nine hours. There’s that Stone Roses line: ‘Stop the world, I’m getting off’ – music kind of allows me to do that. To step off the world for a bit and be in a different zone. And acting gave me that same feeling of stepping off.”

That debut whetted Tom’s appetite; he believes that the pursuit of that feeling became like a drug for him. “I guess I have always been fascinated by how people work, and when I discovered this thing, there was an honesty to it, in terms of how you could delve into the human psyche in a way that you don’t really have time to do in normal life. So, my wanting to act came from the inside out really, rather than watching films and desiring to be in them.” 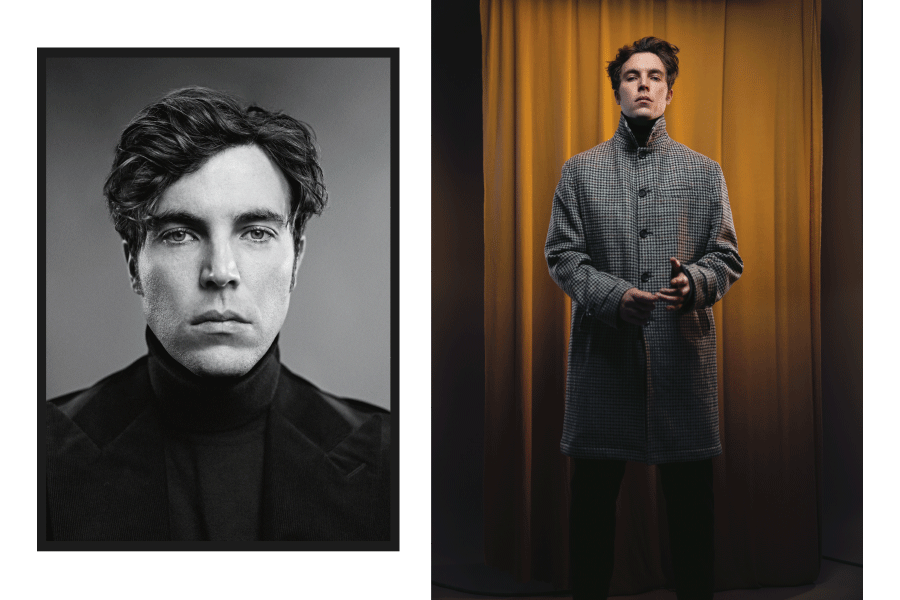 Drama was an unusual choice for teenage boys in Upton-by-Chester, Tom’s hometown in the North West. “I went to a wicked comprehensive, but drama wasn’t really a thing, it wasn’t really mapped out how this could become my career,” he tells me. “In that period of high school, you know, in my town, if you were going to do a job that was against the grain, I guess you would either be in a band, or you would be a footballer,” he explains. “But I was determined to keep chasing this drug, this equilibrium, if you like… I blagged my way into the Young Everyman Playhouse, even though I wasn’t from Merseyside.”

It soon became clear that this was what he wanted to do with his life. “I vividly remember my mum and dad, when I told them I wanted to be an actor, that I definitely wanted to go and try and do this… We didn’t know how to do it. We didn’t have a clue. We didn’t have the internet, and I remember them going to an internet café and coming back and my mum, who had lived in London years before and knew of RADA, saying that was the one. And I remember thinking, well, if that’s the good one then I’ve got to get in there. Then I’ll have a chance.”

Tom did succeed in securing a place to study at RADA, and to this day, he maintains that it is his biggest achievement. “It was game changing: that was the thing that gave me a way in, because it was like I was on a different continent, and the acting world was in totally another place, and how the hell do I get there, which flight do I have to get?”

RADA undoubtedly opened many doors for Tom, whose CV since graduating has been impressively varied. Including, amongst other roles, appearances in BBC thriller Paula, legal drama Silk and period drama Dancing On The Edge, since a break out appearance in Ricky Gervais and Stephen Merchant’s coming-of-age comedy Cemetery Junction. Perhaps most notable is his brooding portrayal of Prince Albert in Victoria, ITV’s blockbuster about the British monarch; it was the first time Tom had taken a role that would see him appearing over the course of several series. “I am a restless soul I guess; I always want to change direction and challenge myself. But there was a real joy with staying with Albert for three years, and a real challenge within that,” he tells me. “And I loved that, I loved applying myself with that, and being able to take my time…” 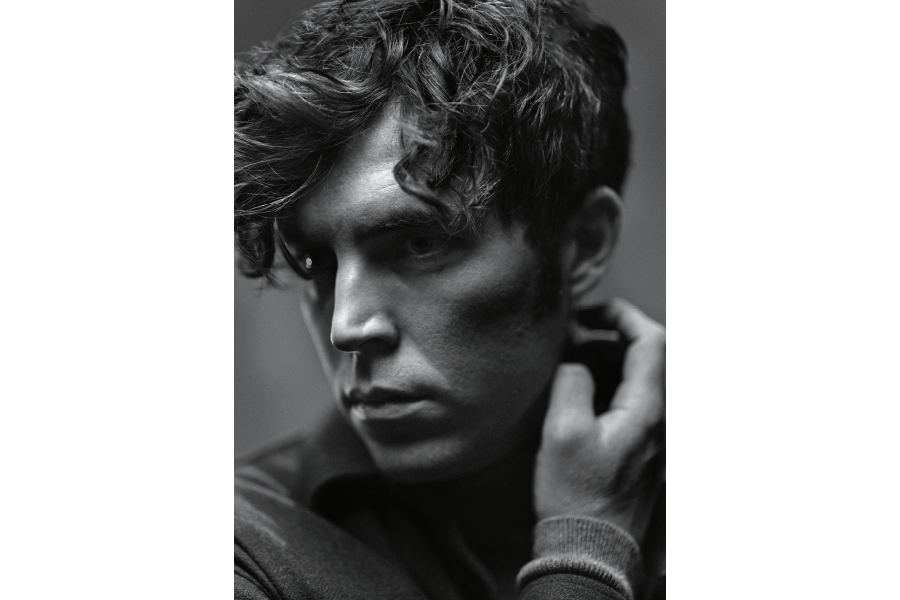 “The attraction of that character was that you know the arc of that story. You can focus on the little things, because you know where the story is going. I think maybe in my 20s I was always a bit cautious, because you can get to the end of season one, and they can go, ‘Oh, by the way, the character is a superhero’. Whereas, with Albert, that wasn’t the case, you can treat it as a film, or as any other kind of one-off job. It was amazing doing that for three years. But coming out of it and looking at the landscape, I guess I was keen to go back and challenge myself,” he explains.

In particular, Tom wanted to explore different genres. And he has done just that in the various projects we are set to see him in this year. Starting with a foray into fantasy as he takes on a part in the second series of A Discovery of Witches, showing now on Sky One. Adapted from the trilogy of books by Deborah Harkness, it is the tale of a centuries-old vampire, Matthew, played by Matthew Goode, a spellbound witch, Diana, played by Teresa Palmer, and the mysterious manuscript that draws them together. “The story picks up right at the end, where season one finished, literally from the moment it ends. And Diana and Matthew have gone back to the 1590s,” Tom reveals. He plays Kit Marlowe, a real-life medieval playwright and poet, though the fictionalised version of Kit is also a daemon.

“When this came along, it had all the attraction of the genre of the show – the fantastical element of vampires and daemons and all of that. But the beauty for me, the kicker, was that, within that, there was the social realism of being able to play a person who was real,” Tom tells me, excitedly. And within that, the real Kit Marlowe, and the Kit Marlowe that Deborah has brought into this world, it was just fascinating. He is mercurial, there is a danger to him. There is almost an emotional hedonism about Kit that I just thought would be incredible to play.” It was a joy of a job, and Tom hopes that this series will be as well received as the first. “I haven’t seen the second season yet, but I think the first season of the show absolutely gets it right, which is why I wanted to be part of it. It still feels real, just an exaggerated reality – and that can have a real comment about life within it,” he explains. 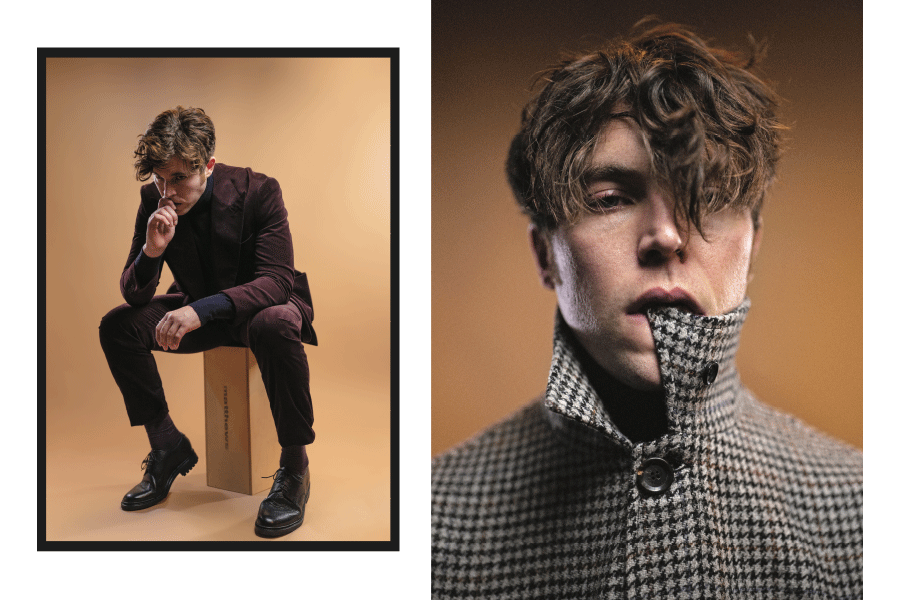 There was similar appeal to Shepherd, the independent horror film that Tom will take the leading role in later this year. “It was a horror movie, but it had something that I felt I could root myself in, within that genre: it is like a psychological thriller of a horror movie,” he reveals. “Horror is a genre that I have not done before, and this felt like something where I could take the character down a different route; deal with all the things that the genre brings, while also, fundamentally, still having that psychological framework from which to build on. It wasn’t just someone running through the woods being chased. It kind of had both elements. And that was exciting.”

Tom plays Eric, a man whose life is falling apart after the death of his wife. When he sees an advertisement for  job as a shepherd on a remote island, he decides to take it, in an effort to find himself. “Through the film, you start to question whether this island is real, or whether it is a manifestation of his own psychological state,” Tom explains. “It actually doesn’t help him in any way. He becomes emotionally trapped there, and we go on this journey of discovery with Eric, but also a journey of fear. And it kind of fundamentally makes him face the truth of who he is and what his life has become,” he concludes. Just how that pans out, we will have to wait and see.

A second independent film project sees Tom on more familiar ground, playing poet Robert Graves in a depiction of his life. The Laureate tells the story of his eyebrow-raising ménage à trois with wife Nancy Nicholson (played by Laura Haddock) and writer Laura Riding (Dianna Argon). “It’s something that I have been keen to make for some time,” Tom tells me. Written and directed by William Nunez – who is thus far better known for his documentary work and as a news director for NBC, Bloomberg and CNN – the project has been a number of years in the making. 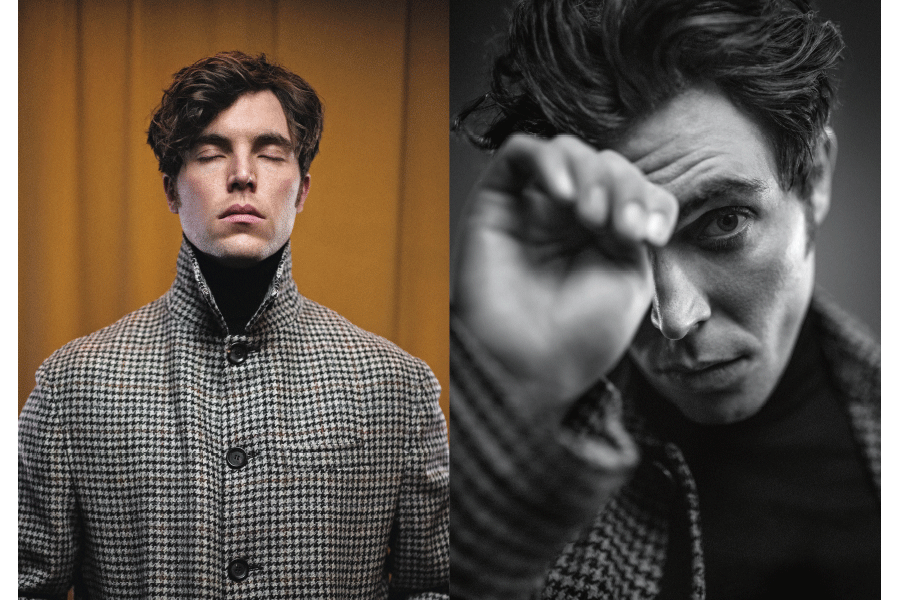 “Robert was a fascinating man; very complicated and conflicted, but a genius in many ways when it comes to his poetry and his lyricism and his wit,” says Tom, explaining his desire to take the part. “He was not perfect by any means, but there are elements of Robert that were breath-taking. The way he lived his life, there was a bravery to him, an unabashed honesty about him. We had been trying to make that for a good few years, and we got that done right before lockdown, which was great. It was a really fascinating job.”

Production may have wrapped, but there are still uncertainties surrounding when both of these films will be released. “They are both independent films, so COVID is going to have an impact on that,” Tom explains. “They will be the kind of films that will go to festivals… so the exact release date is dependent on how it works out in terms of COVID. You know, we are all kind of – the whole world, I guess, right now – just tentatively making decisions, but we just have to see how things go.”

We are, indeed, all waiting to see how things go, though now with perhaps a little glimmer of light at the end of the tunnel. I wonder what has been keeping Tom going these past months. “The thought of having a pint with all of my friends, to be honest,” he shrugs. “There’s a big group of us that have known each other for years, and they are very much my soul, so the chance for us all to get together… It is lovely to do when they are pixelated, but I want to hold them and hug them, and raise a glass and tell them how much I love them, you know?” We certainly do. Here’s hoping it’s very soon.

A Discovery of Witches is on Sky One now