For Tom Byrne, a part in The Crown presents the most exciting of career opportunities. We talk working on the show and his aspirations for the future.

Tom Byrne’s face may not be one you can immediately place, but that’s set to change later this month when he makes his debut as a young Prince Andrew in the new series of The Crown. Having been streamed in 73 million homes worldwide, the multi-award-winning drama from Netflix is one of the most-watched shows on the planet, so it goes without saying that this is a dream role for any actor, established or otherwise. “It was so remarkable to be told that I’d got the part,” he recalls. “I felt so fortunate.”

All the more remarkable, in fact, because, for a time, it appeared he hadn’t been successful. “It was quite the story actually,” he explains. “I auditioned back in – I think it would’ve been May 2019 – and my first audition went really well. The feedback I was getting suggested that I might be a shoo-in for it, that I was what they were looking for. But I did the recall, and I don’t really know what happened… I was stressed and uptight and I found that I completely got in my own way. And the next day I heard that they were probably going to look in a different direction.”

It was devastating news, but Tom made his peace with it, going on to get a part in A Discovery of Witches. And then, eight weeks later, he received a call from his agent, telling him that they wanted to see him again. “I was like, oh my God, yes! But also, no! Because it was brilliant news, but it was resurrecting this thing that was so exciting, but at the same time had so much dread attached to it,” he tells me. Actually, Tom was given the part without ever having to re-audition. “It was a complete 180 out of nowhere,” he grins. 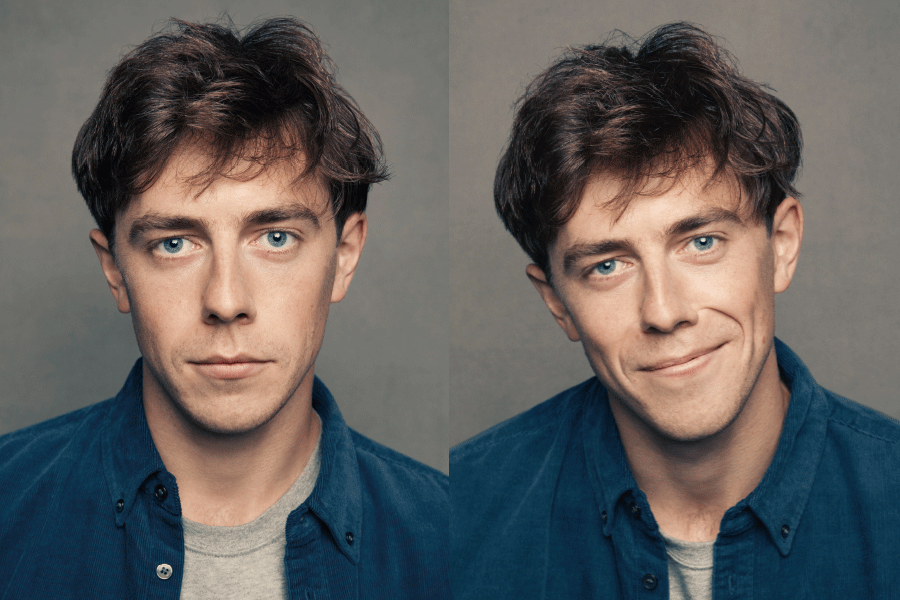 It is, undoubtedly, an interesting time to be playing the Queen’s middle son, but Tom won’t be drawn on that, acknowledging simply, that: “it most certainly is.” This fourth series is expected to cover events between 1979 and 1990, long before the Epstein story became public, but I wonder whether the story has meant he’s had more attention since the casting was announced earlier this year. “The attention has mainly come from my mum telling me about how excited her friends are, which has been lovely,” he smiles. “Obviously COVID has happened, so I have spent most of my time very much indoors, not seeing a great many people, so it has been relatively muted. I did have about 10 new people follow me on Twitter, which was quite exciting,” he laughs, “but the flurry ended after a few days, so I had to go back to normality and accept my 300 followers or whatever it is and carry on.”

It was “a totally joyous project” to work on, he tells me. “There was such a lovely atmosphere on set. It is such a big machine that when you go into it for the first time, you worry that it is going to be a bit overwhelming. But it was such a positive and relaxed atmosphere the whole time.” Credit for much of this goes to Olivia Colman, he believes. “She was wonderful to work with,” Tom recalls. “She was incredibly open and warm and friendly. And given that I had never done anything on that scale before, it just kind of settled me and made me remember how much fun the job can be. She was wonderful and I just loved being around her and watching the way that she was.”

Filming for screen is a very different experience to performing on stage, something Tom has had much more experience of to date. “They are so, so different. Obviously with stage work, you get immediate feedback and there is an extra adrenalising effect of knowing that every moment is totally precious and real and happening right now,” he explains. “But what I love about film is the sense that you are in a constant state of becoming. It is like a constant rehearsal. There’s no finished product that you are trying to re-emulate every time that you do it. There’s this constant feeling of moulding. And because so much is done for you – the fact that you are literally sitting in a palace or a stately home when you are filming these scenes – you don’t have to imagine or energetically push, you can just inhabit the scene in such a unique way.” 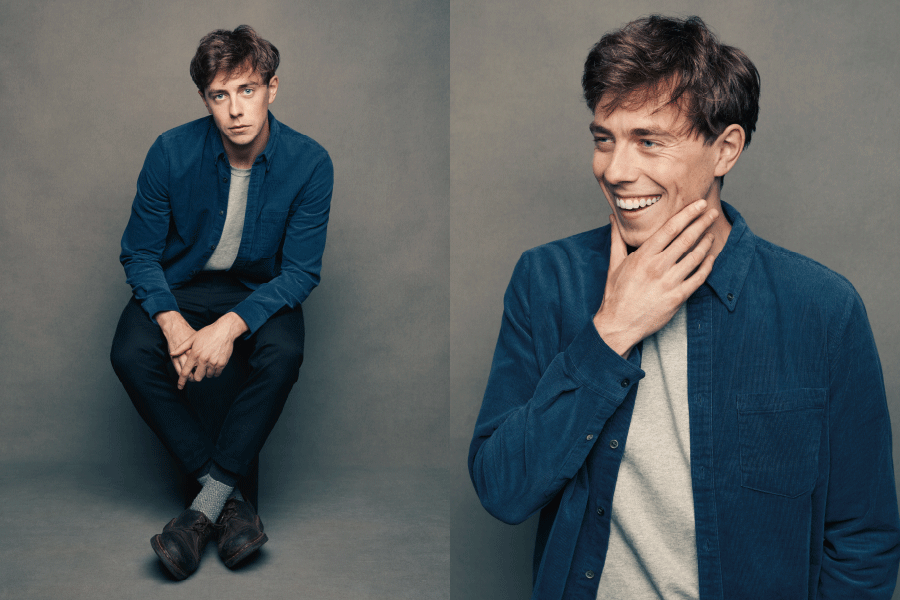 Acting has been part of Tom’s life plan for almost as long as he can remember. “At age eight I played a part called Inspector Secticide in a school production,” he recalls. “I was a posh detective and I just really threw myself into it. I put on a ridiculous voice and it seemed to go down really well. So, from the age of eight, my head was turned. I think I realised, maybe this is how I get attention. I then did some stuff with the local am dram group and the progression began from there.” With the support and encouragement of his parents, he went on to study at the Bristol Old Vic Theatre School at age 19. “I guess what I love about acting – and it’s quite hard to reduce it down to a pithy sentence – is that I have always found it a really great tool to empathise with unusual people,” he explains. “Getting my mind to think as another person – I think my favourite moments as an actor are when I find myself having thoughts that I never would’ve synthesised myself were it not for the part I was playing.” So, whose mind would he most like to inhabit, I wonder. “I have always loved The Doors, T-Rex and Bowie… I’d absolutely love to do a biopic of one of those 70s frontmen. Iggy Pop, that kind of person. It’d be amazing to get inside their heads,” he grins.

As a creative outlet, music is also close to Tom’s heart. “I play the piano,” he tells me. “I started when I was nine or 10. I did my grades and earned a bit of money playing soft jazzy music in cafés in Cambridge when I was younger. It has always been a passion of mine,” he reveals. “Actually, lockdown has been great in terms of having time to do things – I have been able to write a couple of songs with my pal, which we have been developing and mixing and stuff.”

It has taken his mind off the fact that, for now, there’s not much lined up in the way of future work. “I have been out of drama school for four years, and I have had periods of six, seven, eight, nine months where there hasn’t been a job. I think most actors are pretty good at dealing with that state of not being employed, but I guess because it is such a unique time at the moment, it is a bit more worrying than it would be usually,” he ponders. “But knowing that this fantastic thing that I have been able to be a part of is coming out in November has settled my nerves a little on that front. I know that I am in an incredibly fortunate position to have something like this coming out.” It is true, as opportunities come, they don’t get much bigger than this. Expect to see much more of Tom’s face over the next few years.

The Crown streams on Netflix later this month