We talk to Sara Pascoe about her latest projects, and she reveals how she spent the last extraordinary year, and what she hopes to do in the coming one. 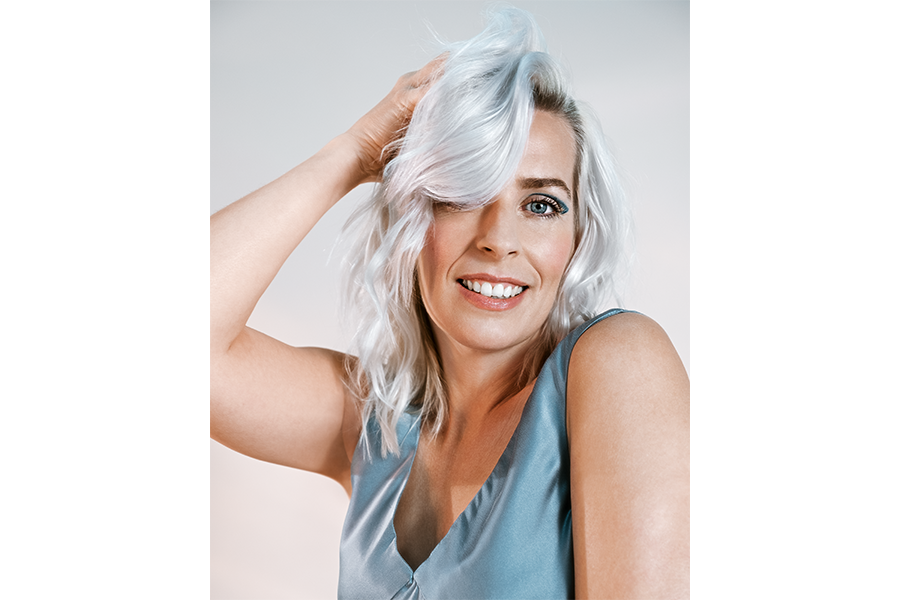 It’s a dark and dreary day with good news thin on the ground, but an interview with Sara Pascoe is a cheery prospect. If there’s anyone guaranteed to raise a smile on a blue January day, it’s the north London-based comedian.

As a regular on the panel shows, hers is, happily, a face we see much of. Lately, though, we’ve seen even more of it. Back in October, her self-penned sitcom, Out of Her Mind, debuted on BBC 2 to critical acclaim. Female-dominated, and utterly modern, the six-part series sees Sara playing a deranged version of herself, exploring relationships, family dynamics and the female body. Utterly subversive, and brilliantly bonkers, it blurs fantasy and reality, frequently breaching the fourth wall.

Though it is loosely based on her own life, sharing it publicly never felt too personal, Sara explains. “It is like a form of catharsis, because you kind of get to rewrite the truth to find a nicer version. So, you get to create, basically, a different kind of truth for you to live in. Especially with this show, because it is a version of the truth, but it is brightly coloured and has good endings, so actually it is a much more thought out version, and that is really satisfying.”

She was, she says, thrilled with the response to the show: “It has been such a long period of being, either in my head, literally, and then with the actors and directors, so having it in the world is a really lovely feeling. You know, it actually exists, it wasn’t just a dream, so yeah, it has been really great.” 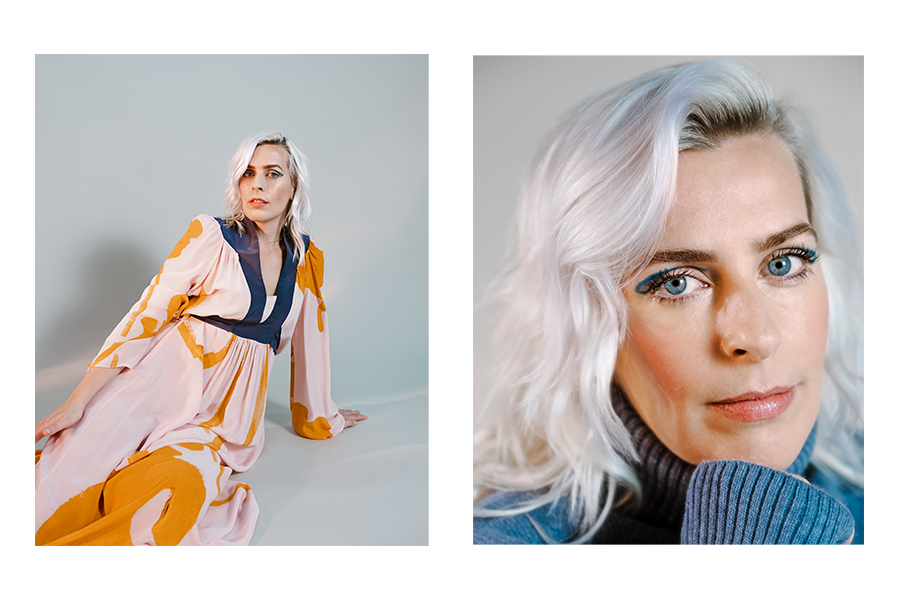 Altogether different, her documentary, The Last Woman on Earth, has just been screened as part of the BBC’s festive schedule. “The premise is that I travel around the world, and people who are the last remaining people doing their job teach me how to do it,” she explains. “One day it would be like boat making, and the next day it would be up a tree collecting coconuts, and the next day, massage in this Georgian sauna, and things like that.”

Exploring different cultures around the world, the show essentially addresses the impact of the unforgiving pace of modern life. “It was an interesting insight into the way that the world is changing,” Sara reveals. “Whether that’s the economy or the climate, or, with Cuba, obviously the fact that it is communist, and might be opening up to the world market.”

In fact, filming was cut short when the pandemic hit last spring, and with travel restrictions in place throughout last year, the team were unable to finish it in the way they had intended. “We kind of put it into the story, we felt it was a chance to reflect on what 2020 had been like for everyone. It was a chance to talk right at the end about how, ok, wow, jobs are going to change for so many of us – I don’t know when I am going to work again. So, we made it really heartfelt about what this has done to all of us,” Sara explains. 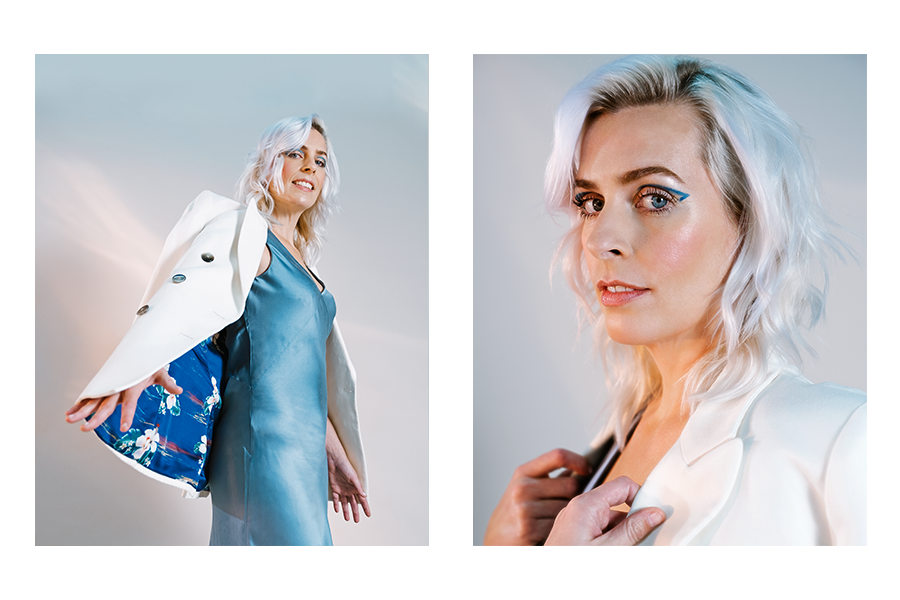 The team were in Lapland when the news came that the UK was locking down. “We were about to go off on a three-day trek with these indigenous reindeer herders. It was going to be really intense; we were all going to stay in one hut with the reindeer and all of these people. Then Finland basically said, ‘can you get out please, we are closing the airports, so you have to go now’,” Sara recalls. “So, it was a mad panicked rush. And those two weeks that we were in Finland were the ones where everything really changed in England, you know, when people started buying lots of toilet paper, so it felt like we left one country and came back to a completely different one.” In fact, Sara got home to find that she didn’t have any toilet paper herself, and the shelves in the shops were bare. “I was googling to try and find out where toilet paper was, I found some toilet paper earrings with a little roll on, and I ended up buying them,” she recalls, laughing. A memento of a truly extraordinary time.

It has been an extraordinary time in many ways, but perhaps especially in terms of being unable to work, something Sara says she has missed desperately. “I am resolute that I will never ever complain again; not about anything. Not about the travelling or the late nights, drunk audiences… nothing! I am just going to be really appreciative,” she sighs. There have been some gigs, but things have been very different. “I have done gigs to cars in fields, and I have done gigs in pub gardens, and gigs in the rain, and outdoors under marquees, and Greenwich Festival was completely outside at the Observatory. So yeah, I have done some gigs, and we have all just been so giddy with excitement to be there and to get a chance to do our job.”

And there has been the opportunity to appear on socially distanced panel shows – something that is always good fun. “You have a mug with a bit of wine in. You sit and talk, and you laugh at very funny people and then somebody else edits it all together to make it just happen,” she explains.

Sara has also been spending time focusing on writing, which is something she loves and that is totally under her control – a luxury at this time. “I am using the next couple of months to put some pitches together and do some research and work out what the next project will be. Whether it is writing for TV or writing another book, or maybe both,” she reveals. 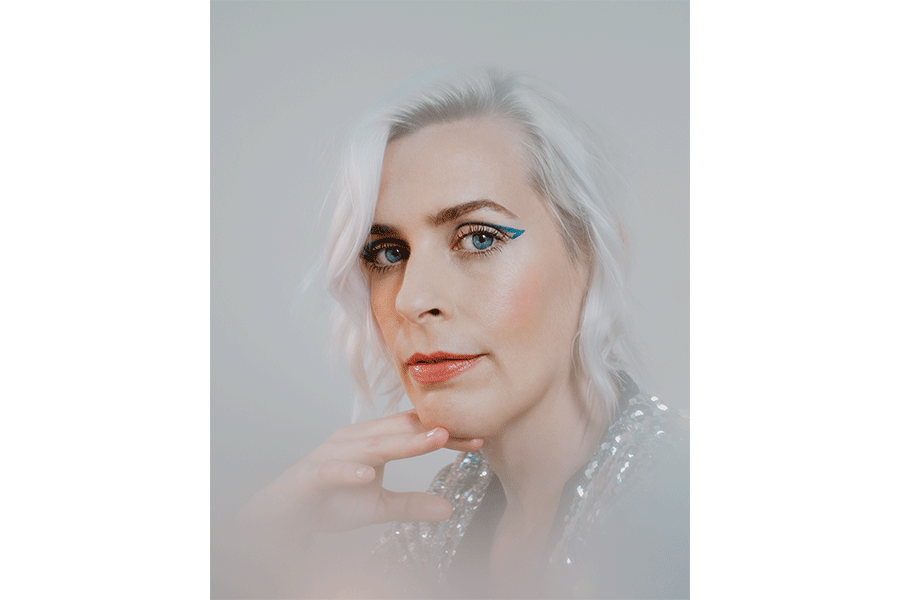 When she is not doing that, she’s out and about with her dog, Mouse, whose excited barking at passers-by outside Sara’s window has punctuated our interview. “When he was a tiny puppy he really looked like a mouse, but he’s not as quiet as a mouse, clearly! He thinks he is a baby wolf,” she laughs, explaining his unusual name. “He’s a half Springer Spaniel, half Jack Russell and he is very energetic. So, it means that we are out for at least a couple of hours every day,” she tells me. “It is wonderful; I think I have now got such a new appreciation for the seasons. Because they happen gradually, from morning to afternoon, day to day. The changing light and the smell in the air. And watching things grow and then watching them become mulch again. So yeah, it is really fantastic to be out on long, long walks. I live in north London, so we can go to Hampstead Heath, which is obviously heaven.”

In fact, Mouse can take responsibility for kickstarting Sara’s fitness regime. “I started running with him,” she reveals, “which I’d never done before lockdown. It is such a great thing to do, outside in the fresh air. Normally I would have ‘exercise more’ down on my list of New Year’s resolutions, because it makes you feel so much better, but I have actually been pretty good, and I have already done that!” What else in on the list? “I would like, like lots of people, to drink less. Usually I’d say that I wanted to make more time to read, but 2020 has been full of empty days: I have been running and reading and yoga-ing lots, so actually I am really good girl and I just need to cut down on the wines!” she laughs.

Those are the resolutions, what about the plans? Sara is, unsurprisingly, praying for a return to something resembling normality. “It’s waiting to see if things like my sitcom get a second series, and when work starts up again, auditioning for things and doing gigs and hopefully doing a tour next year, but obviously it’s the sort of thing you cannot do before people are safe. So, everything has got a question mark on it really,” she says.

And, like so many of us, she is dreaming of the perfect, restriction free day, to do as her heart desires. “Let’s say it’s the spring, because what I really love is cycling in London, and I basically stop once the weather gets bad,” she tells me. “I’d go somewhere like Waterloo. I’d chain the bike up beside the river and go to a little independent coffee shop and have a flat white that knocks your head off. And then maybe, what I’d love, especially having not done anything like that recently, is wandering around a gallery, looking at paintings. Then spending some time in the gift shop buying some postcards and felt tip pens. Then, there are so many amazing vegan restaurants to have lunch, so maybe going somewhere like Mildred’s in Soho and having a really big healthy lunch. I do yoga near there at triyoga on Carnaby Street, so I could go and do a nice relaxing class afterwards, nothing too stressful. And then walking around the shops on Regent Street a little bit, and then the London Library is on Piccadilly, so I could go there and do an hour’s work before going to do a gig in the evening, at Leicester Square or somewhere. I really hope I can do all of those things again soon…” Fingers firmly crossed.