Keeley Hawes on work and life, from the horror of honour-based abuse to the resilience of the public during the pandemic.

It’s been a busy day for Keeley, who has been promoting her latest project, Honour. “I am quite pleased this day has come around,” she tells me, “because with Honour being shifted in the schedules due to lockdown and COVID, we had a bit of a false start with it, so actually it has been really good to talk about it today.”

Honour is based on the true story of the honour killing of 20-year-old Banaz Mahmod, who went missing in 2006. Her body was discovered three months later, buried in a suitcase in a garden in Birmingham, 100 miles away from her London home. The story is told through the eyes of Detective Chief Inspector Caroline Goode, who led the search. It has been co-produced by Keeley’s own production company, Buddy Club, and as well as taking the lead role, Keeley acted as executive producer.

Telling the story sensitively was, evidently, a great responsibility, so it is a relief that initial responses to the production (“It feels wrong to call it a show, because that has connotations of entertainment and show business, and it isn’t,” Keeley explains) have been positive. “I was pleased, because two of Banaz’s sisters, Bekhal and Payzee, spoke to Gwyneth (Hughes), the writer and they were both… pleased is the wrong word, too, but I think they are relieved with the outcome. Payzee works very hard with IKWRO, which is the Iranian and Kurdish Women’s Rights Organisation, a charity that helps people through honour-based abuse, and so I think it sort of goes hand in hand with what she is trying to achieve in educating people and shining a light onto the subject.”

Indeed, educating people about this subject is something Keeley herself has wanted to do since first reading the script. “I realised how ill-informed I was – and I am – about so-called honour-based abuse and murder. I mean nobody likes the fact that honour is attached to that, because it is rape and it is murder – that is what it is. There is no honour involved. It was incredibly eye opening for me just reading the scripts,” she tells me. “And I thought if I don’t know, then I’m sure that a lot of people are unaware, so this is something that could be really important, and really helpful. I read it in the very early stages of development, and I thought that this is a project that is at a point where I can be part of those conversations. It’s not often that something like that comes along – where you feel that your work can really make a difference.” 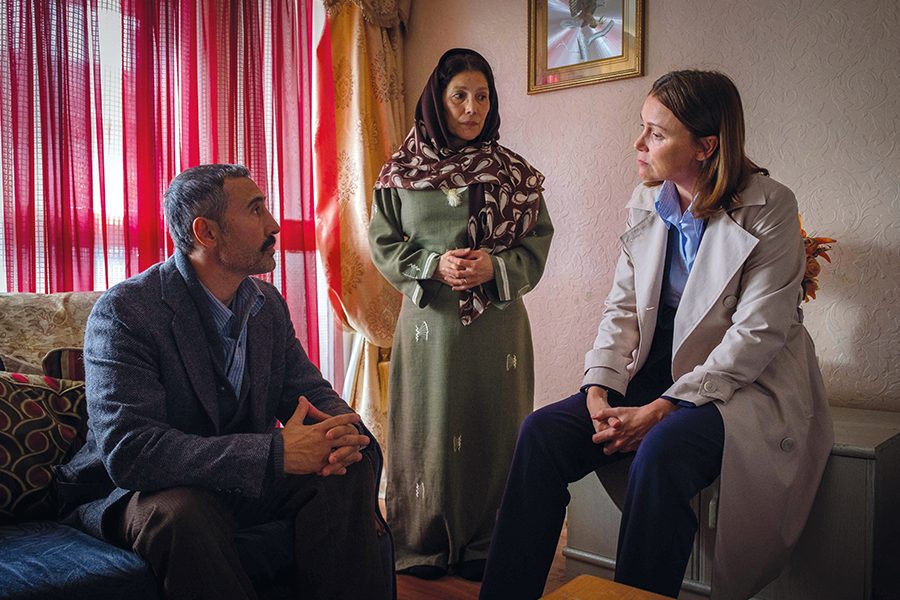 While Keeley is an old hand when it comes to acting, she is relatively new to producing, so what the critics think of this really matters to her. “I worry about being good at it, I suppose. But it keeps me awake at night in a good way as well, because often I am excited. It’s good to be a bit scared, I think. I try to see it as a positive,” she laughs.

Work on other Buddy Club projects gave her something to think about during lockdown while other work came to a halt. “When the country went into lockdown, the production I was working on, Finding Alice, we were four or five weeks away from wrapping, and we had to shut the production down. I mean, it was the same for everyone, everywhere. And we still have five weeks to go to complete it,” she explains. “I have been working on Buddy Club from home though. Inevitably people haven’t stopped working behind the scenes in order to get back on track. And it has taken a long time, but things are moving, and people are working hard. Things are getting back on track,” she tells me. 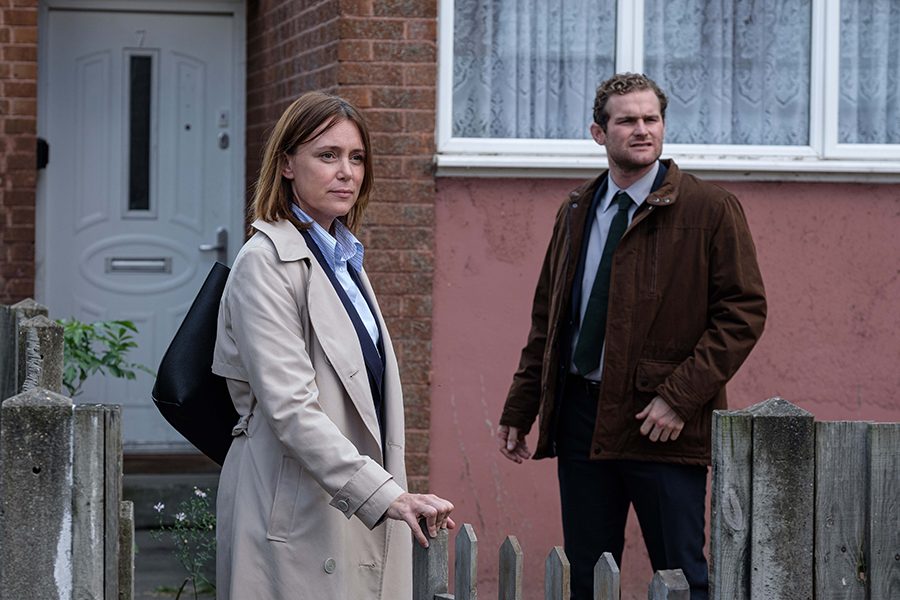 A pause from filming also gave her an opportunity to actually watch some television herself – including Dance Moms with daughter Maggie (who, though fascinated by the show, is so far making no noises about following her parents – Keeley is married to Matthew Macfadyen – into show business), and, at the other end of the spectrum, the documentary Crip Camp. “It’s from the Obama’s production company. And I think it was one of their first offerings with Netflix,” Keeley explains. “It is about a camp for disabled teenagers in the sixties and it is extraordinary. It is really, really wonderful. It is about the disability campaign in the sixties and moving forward. And it was really inspiring.”

On the subject of what and who inspires her, Keeley tells me that she has found the public response to the pandemic extremely heartening. “I have been really inspired by how amazingly people have adapted through this crazy time. And shown such resilience. Just as humans, how we have adapted and found new ways of doing things while being nice to each other. You know, the amount of people who signed up to help the NHS – god it was so moving. I tried and they were like: ‘We’re full. We are really at capacity’. But that renews your faith in human nature. So that was very inspiring,” she tells me. 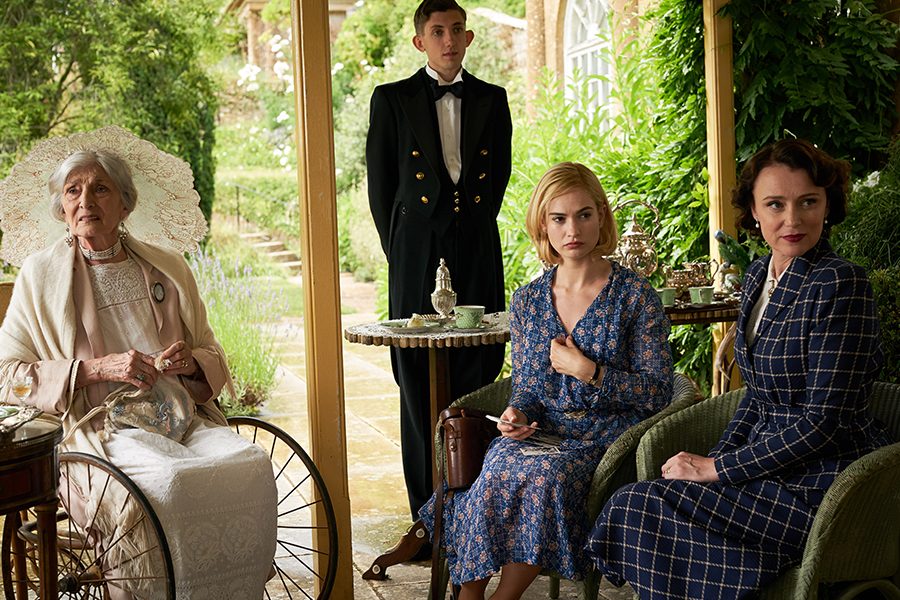 Though the NHS may not have required her time, Keeley was actually classified as a keyworker during the lockdown. “Contractually, weirdly, I was, because I am one of the voices on Classic FM,” she tells me. And through this work she got to see her beloved hometown in a new light. “I was able to go into the centre of London during lockdown. I went in to work, completely officially, it was all very safe and complied with everything. I grew up very centrally, so I feel very comfortable there, I know it really well, and it was so strange to see it emptied out. And it was raining when I went in, so it was like seeing it in a movie – an apocalyptic London,” she recalls. It has, she says, been a relief to go in since and to see the city coming back to life.

At the time of our interview, infection rates were just beginning to rise, and there was uncertainty surrounding this continued return to normality. Whatever happens, though, Keeley’s next project should offer a little escapism. This month, she appears as Beatrice, Maxim de Winter’s sister in Ben Wheatley’s gorgeous remake of Rebecca for Netflix. A production Keeley sums up as: “a lovely autumnal film to get cosy with.” Energetic and talkative, Beatrice’s character immediately appealed to Keeley. “I thought that she was hilarious and that I could really have some fun with her. She is so great: we just laughed and laughed and laughed. She has this line when she says, ‘Oh bosh!’, so it became this thing where everybody was wandering around saying ‘Oh bosh!’ all the time,” she laughs. 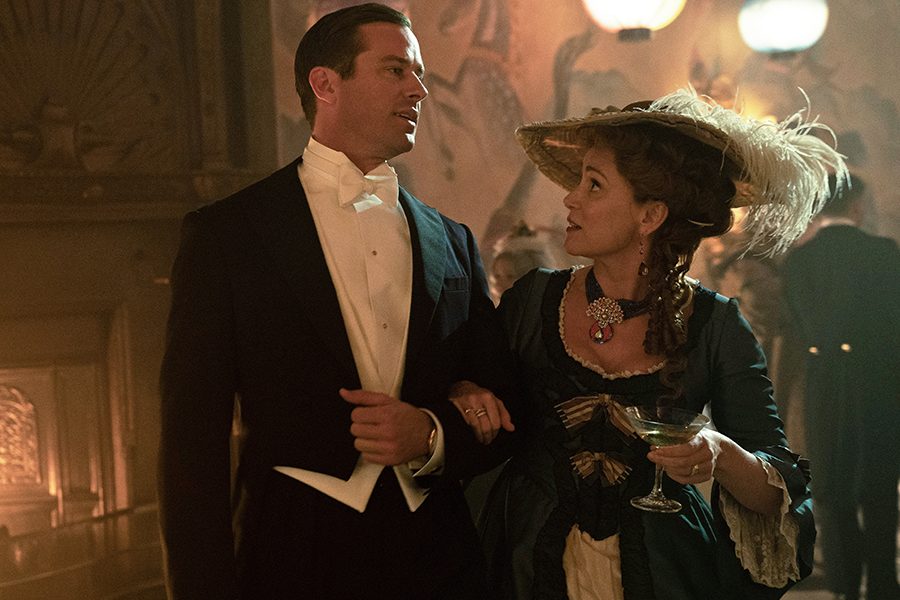 After the responsibility of producing and starring in Honour, this was an altogether different experience for Keeley. “It was great fun, and it was one of those things where everybody else was doing all of the hard work,” she grins. “I went in – I think I was only on it for five days in the end – and it is always nice to do that. To go in on something as lovely as that and have a couple of lovely scenes and work with nice people. The casting of Lily, and everybody else… it is a brilliant, brilliant cast. I really enjoyed it and it looks beautiful. And I think it will find a whole new audience.” Having seen it myself, I couldn’t agree more.