Jo Hartley is buzzing, the response to her latest project, In My Skin, has been better than anything she, or anybody involved with the show, dared dream. The second series of the BBC coming of age show began showing in mid-November, and when Jo and I sit down to talk at the beginning of December, the praise has been flooding in from fans and critics alike. “I feel very, very emotional, but joyfully so…” she exclaims. “There’s just been message after message after message. Not just from people in the industry – my peers – which is incredible, but outside that, messages from people on Instagram, saying they are deeply grateful for the level of honesty and truth within this show, from all characters, and in the writing, especially.”

Centred on the life of Welsh schoolgirl Bethan, the gritty, poignant storyline is based on writer Kayleigh Llewellyn’s own childhood, growing up with a mother who suffered mental illness. Jo plays Bethan’s bipolar mother, Trina. “I read the script and I was just absolutely blown away by the level of intense emotion and drama. And the sort of hilarity of the humour. The characters all jumped off the page. I was terrified, if I’m honest,” she says, recalling the process of being cast for the first series. “I just really wasn’t sure how I was going to find the levels that the character required for the performance. Obviously, in life, we all go through very difficult emotions, but bipolar is a very different experience,” she explains.

Watching the show, it is evident that Jo did find those levels. “The way that I approached it was to speak to Kayleigh in depth, because her mother had it, and she had lived with it for most of her life. I did a lot of research with Bipolar UK, I watched a lot of YouTube footage of manic episodes,” she tells me. “I know that people live with this condition every day, and I wanted to know that I was being authentic and honest, and that I was doing a service in showing the truth. We didn’t want to make it perfect. It can’t be – I was doing a version of Kayleigh’s mother, and I had never met her mother, so I had to re-enact her using my own energy, and my intuition.”

Preparation was key to being able to do that successfully, Jo explains. “Personally, I learnt the lines really well, and I did a lot of emotional recall, and used my five senses, and mimicry… And I used a lot of music – I produced playlists for the character. And I guess that I just had a confidence that came from being surrounded by a fantastic team of wonderful people, so I allowed myself to just go for it. I tried to trust in myself, to be present, and to be a vessel for something to work through.” 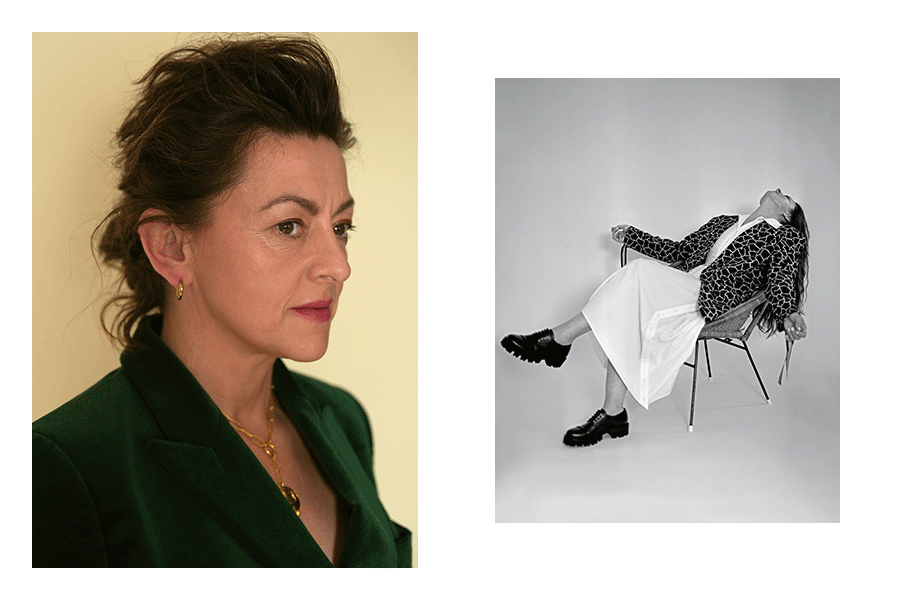 That it has been so well received is very special for Jo and the rest of the cast and crew. “When you do work, you don’t expect anything from it, even though you put everything you can into it,” she admits. “It is just mental when things work out really beautifully, and you know that all the hard work paid off, because somebody somewhere got something from it. And somebody, somewhere feels like they are no longer alone, that they can talk to people about things,” she smiles, happily.

Last summer saw Jo appear in Marley Morrison’s Sweetheart, as the overbearing mother of AJ (played by Nell Barlow), an awkward teenager who falls in love with the lifeguard (played by Ella-Rae Smith) on a family holiday to a small caravan park. “Sweetheart was a very low budget movie, it was Marley’s first feature film – for me, that is where I began,” Jo explains, referring to the part of Cynth in This is England, which helped to launch her acting career back in 2006. “I always want to take risks, to give back. The cast is incredible, the story leapt off the page, my character had her own spiritual experience, a journey within Nell’s journey, so she wasn’t just an ornament, she went on this whole journey.” In fact, Jo’s performance won her a British Independent Film Award nomination for Best Supporting Actress. Though she didn’t win at the ceremony in early December, she is incredibly grateful for that nomination. “I feel like it is a great honour to get the nod from BIFA,” she tells me. “I think I was in town when I heard, and I was like: ‘Hey, what? Have you got the wrong number?’,” she laughs.

There’s yet more to come from Jo this year, starting this month with the third series of Ricky Gervais’ critically acclaimed After Life, in which she plays June. Though she’s unable to tell me much about the series, she says that she believes it to be the best yet. “I didn’t think it could get better because it is so brilliant and wonderful…” she admits. Indeed, being involved in the series has been a real highlight for Jo. An experience that she will “never forget”.

“I had such a joyful experience working with that man. He is so kind and talented and inclusive and humble,” she tells me, of Ricky. “He is very generous as well. We would prep together, he would ask me about my character, and we would do improv on Zoom, and he incorporated a lot of things that I brought to it – my personal things that only Ricky and I know about. And I just thought that was such a kind thing – he had obviously seen things in me that he wanted to put within the character – and he does that with all his characters. For me it was the overtalking, the oversharing!” she admits, with a laugh.

Another project she is excited to see come to fruition is Swede Caroline, a mockumentary focused on the world of competitive vegetable growers. “I play in the titular role, Caroline – I didn’t know what a titular role was until recently, but I like it!” she exclaims, with a giggle. “It was a riot. We had the most amazing time filming it… Caroline is part of the big veg community. She grows this huge marrow, and she takes it to a competition, and she gets disqualified, and she is heartbroken, because she could’ve been the first female champion. So, she is very grumpy. She goes home and two weeks later, it gets stolen. She goes on this crazy journey to find it; she hires a pair of private detectives… It is going to be either amazing or… I don’t know. But I have a really good feeling about it,” Jo tells me. “Finn Bruce and Brook Driver, the creative directors, they are two new guys out of the gates, and they are super talented, and they had this amazing team around them. There is a lot of buzz around it, so we will see what happens in the edit. But, again, it was a first feature film and I wanted to support it.”

In fact, alongside starring in the film, Jo also acts as executive producer on Swede Caroline. “It was my first time in that role, which was very exciting – scary as well,” she tells me. “So, I was able to be part of the casting. I helped cast, and do pre-production, and I will be with them in the edit, too. So that’s 2022, Swede Caroline, coming at you like a large marrow!” she laughs, infectiously.

Jo will also be seen in the third series of Sky Studios’ Das Boot, which is due for release later this year. “I play the wife of Ray Stevenson, who’s the lead in season three. We have a beautiful storyline,” she tells me. “After the first lockdown, I started filming in September 2020 with Das Boot and I did not stop. I went from that to In My Skin, to After Life, to The Cleaner – I did that with Greg Davies, too, and that was really fun – to Swede Caroline. I have done other things, but I can’t remember now. I did eight projects back-to-back. I was having a lot of fun, and constantly learning lines, thinking: ‘Who am I now? Who am I now?’ But it was good,” she smiles. 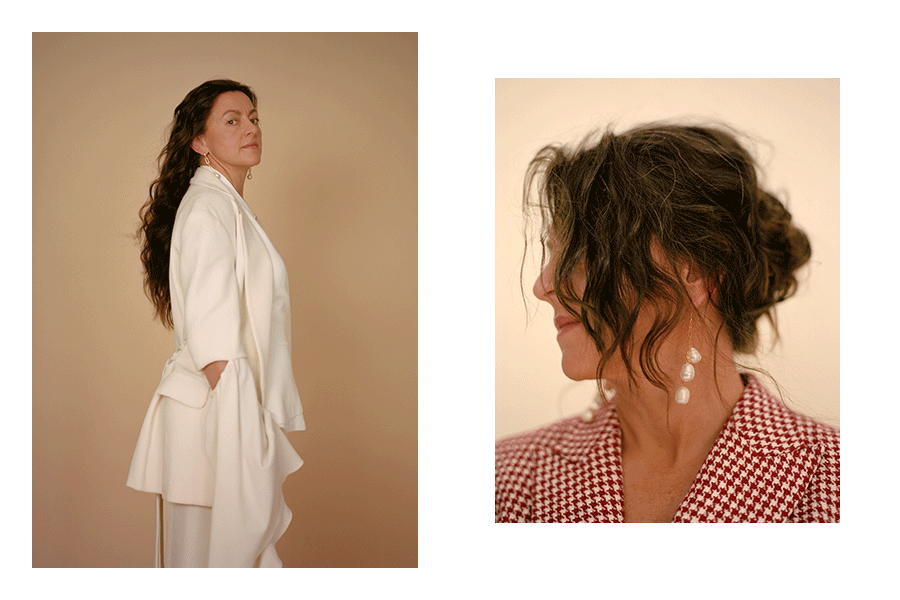 That Jo was able to work at such pace was perhaps due in part to Covid. That first lockdown proved an opportunity to get some space from work and gain some perspective. “I was able to use the time to watch movies and read books and do a lot of meditation. I did some writing – just working on some ideas. It is something that I have wanted to do for a long time, but I never really sat down and was still enough to do it,” she reveals. “I did keep fit – I did exercises on Zoom with a personal trainer, just trying to look after myself,” she recalls. “I tried to keep still, and use the time well, and accept what was going on, and catch up on things that you don’t usually have time to catch up on. It was a very difficult time for people, so there was a lot of calling to see if people were OK. There was a lot of Zooming going on – I connected with my family probably more than normal – I usually see them once a month, because they live up North. The main thing for me was the positive connections that I may not have had if I was just trudging around propelled by the intense daily schedules that we normally have. We go,‘I’ve got to do this, this, this…’ But things came up that were more precious, and more rewarding spiritually.”

Did the experience make her want to move closer to family, I wonder? “I don’t think I would move back up North; I don’t think I could, no,” she says. “I am very happy in London. I have got an incredible friendship base, and I love it. I am single, and free to do what I want. You never know what you are going to see or get here – there’s always a magical experience hidden somewhere that you haven’t stumbled on yet. It’s like you can never see all of it… So, for now, I am going to be staying in London, visiting Manchester a lot more, with maybe the possibility of a second home there.” The North’s loss is most certainly London’s gain.

After Life series three launches on Netflix on 14 January. You can watch previous series on the streaming service now