Actor, comedian and illustrator Jessie Cave reveals how grief shaped her debut novel, and explains why humour helps her to dust herself off and carry on when life gives her lemons.

After Jessie Cave’s brother Ben died suddenly, following a tragic accident in 2019, she describes feeling like her world had collapsed. “It was game over for us as a family in a million ways,” she reveals. “But we had to find a way of living and doing good and finding meaningful things and reasons to be here and human.” For Jessie, that was writing.

“I was looking for things to read about sudden traumatic loss,” she explains, “and there were all the usual books that you are told to read when something like this happens – about grief, and the stages of grief, and what to do in this type of situation, and they are all very formulaic and didn’t make sense to me. And I found there was very little about sibling loss.” She had known for some time that she wanted to write a book but did not initially know what form this would take – the answer came during this period.

Sunset, Jessie’s debut novel has just been published in hardback by Welbeck. It tells the story of sisters Hannah and Ruth – perplexingly different, they are bonded by love, and together, make an invincible team. But one summer, a tragic accident occurs, and it changes everything. Heart-breaking and at the same time achingly funny, the book is a deeply moving exploration of the strength of sibling love. 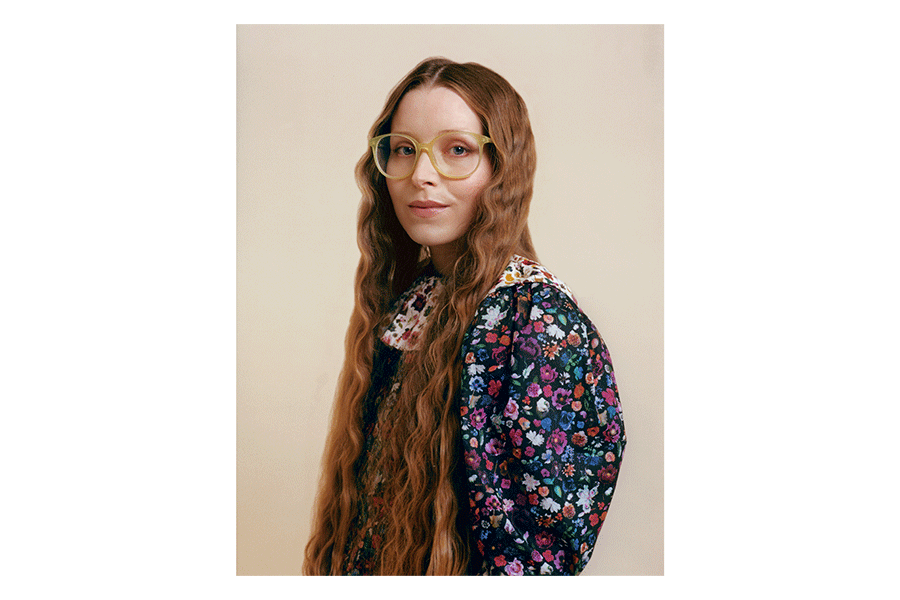 “It is completely inspired by my relationship with my sister,” Jessie tells me, referring to younger sister Bebe Cave, with whom she presents hit podcast We Can’t Talk About That Right Now. “The sisters in the story are kind of opposites in many ways, but they are best friends, and they are dependent on each other. It is about a tragedy, an accident happening. The worst thing that could happen to one of them happens, and the book looks at how the other sister deals with that. This is a book that is completely clouded in death, but also quite hopeful, if that is possible.”

Reviews ahead of the book’s release were overwhelmingly good, with Dolly Alderton describing it as “phenomenal” and Sara Pascoe warning that it would “break your heart and put it back together again.” Jessie is understandably grateful for the positive response. “I think I would’ve absolutely been devastated if that hadn’t happened, so I feel reassured by that. But at the same time, I am prepared for it not to be loved by everybody, and for it to be quite a niche thing. I am open to that,” she shrugs. Fleabag-esque, it is filthy in places and astonishingly raw, so it is entirely possible that it will divide opinion, though it will certainly appeal to fans of Jessie’s other work.

Consumed by her brother’s death, Jessie says that she found the writing process very difficult, but that being able to express her feelings of grief was deeply cathartic. “It was a complete coping thing for me. It saved me in a lot of ways – it was absolutely an ordeal to write, but I think that if I had not had it to write, I would have been a lot worse off. So, I am grateful to writing,” she tells me. “I had to sign loads of books on Saturday, and I was looking through the pages, because I haven’t looked at it since a couple of months ago – and I was just staggered, because I wouldn’t be able to write that now, because I was at a different stage of grief. It is fiction, and it isn’t me, and it isn’t the same accident or the same relationship, but it is definitely rooted in real life experience, and knowing what it is like to go through something quite traumatic. I find the act of creating things incredibly therapeutic – I am always aware that awful things can, and do, happen, but that there is some power in reclaiming those things, and writing about them, or performing something about them, or drawing something about them… There is always something positive that can come out of the worst things. And especially with grief,” she explains. 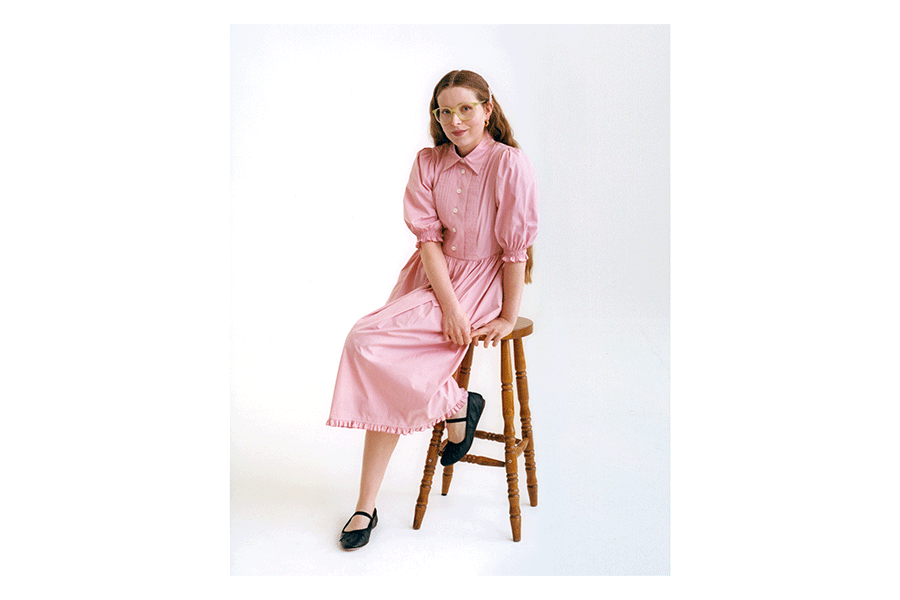 It was acting that first brought her into the spotlight, notably playing Lavender Brown in the Harry Potter franchise, but Jessie is perhaps best known for critically acclaimed solo shows I Loved Her (2015) and Sunrise (2018). Together they chronicled her somewhat unconventional relationship with partner, fellow comedian Alfie Brown – from a one-night stand that resulted in Jessie getting pregnant, to starting dating, having another baby and breaking up, then starting to date other men as a single mum (the couple have since reunited and had a third child together late last year). Nakedly autobiographical, emotionally intelligent, and unflinchingly honest, the shows laid bare her innermost thoughts, sparing absolutely no detail.

“It is my natural response to try and find humour in things,” Jessie explains, when I ask whether she has ever regretted sharing so much of herself. “I think that it is something that I learnt from awkward things happening early on in life and having to decide if it was going to break me, or if I was going to carry on. I have always found comedy to be the easiest therapy. I did Sunrise over 150 times. Towards the end it felt like nothing to me to stand on stage and reveal this stuff about myself.”

That said, she came back to the show earlier this year, when she was asked to produce a video recording for Soho Theatre’s on demand streaming service. Performing to an audience consisting of just Bebe, she was surprised at her own reaction to the material. “Doing it again, two years later, after my brother dying, I realised that my skin had become a lot thinner. I am more vulnerable now, to everything,” she admits. “It was like, ‘oh, wow, this is way too personal, what the hell was I doing?’ And now that my kids are older, and they are not babies anymore… Writing about some of the stuff that I did… I was a different person.” Which is not to say that she has any regrets, quite the opposite, in fact. “It is great, because I can look back at it now and go, OK, that was me at 30, or whatever age, and now I am a different person, and I am glad that I documented it, otherwise I wouldn’t remember who I was.” 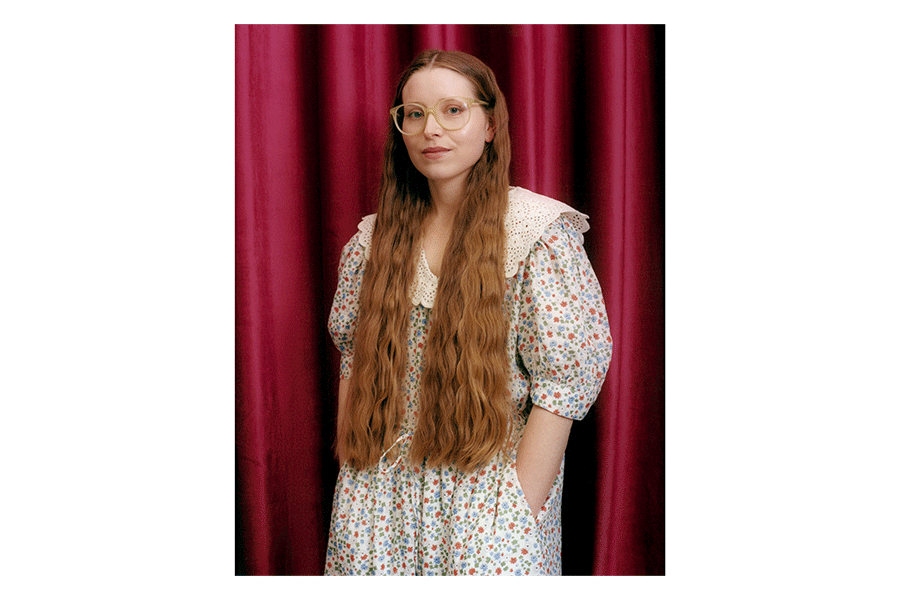 Jessie, who went to art school, also has a large following for her relationship-based doodles, which she sells from an online shop, and her first book of illustrations, Lovesick, was published by Ebury in 2015. With so many creative hats to wear, I ask how she would classify her work. “I don’t know, I guess I make things,” she shrugs. “I find it a bit embarrassing sometimes when people ask me what I do, because I genuinely do not know how to answer. And I look a bit mad when I say, ‘oh, well I’ve done this, and this, and this…’ What is so great about creativity is the power of doing it yourself. There is more freedom to do different things and to wear different hats. I think if I had known at 18 that I could do five different things, I would’ve been a lot happier as an adolescent, or a young adult – I could’ve been more relaxed about what I was going to do with my life. I would say, from my heart, that I write, and I always have, but I sometimes do other things,” she concludes.

If it is confusing for her, it is even more so for her kids – the eldest are now six and four. “The bulk of their lives has been me working on Sunrise or Sunset: they think that everything I do has sun in the title. So, they’re like, ‘what are you going to do next mummy? I think you should call it moon something!’ So, I have to go along with the lie that the next thing I do is going to be called Moonrise,” she laughs. “It is very sweet.”

Fitting any type of career around three small kids must be hard, but for now, writing is something that Jessie finds works well alongside parenting. “I think because I have always worked on top of the kids – because I have no choice, I am a desperate freelancer – I am quite good at working efficiently in small periods of time,” she explains, recalling how she got Sunset finished in what has been a difficult year for everybody, but especially so for Jessie who was also pregnant. “I am quite good at knowing that I have got half a day and filling that time. In the second lockdown, when I was editing the book, my mum lived with us, and I was able to just go upstairs and she home-schooled my kids while I wrote. And the book was supposed to be finished before my baby was born, but he came early – he decided to arrive literally the week of my deadline. So, something that should’ve taken me a week took me four months in the end. But, you know, I had to just get on with it. I think I am still recovering in a way… But, yeah, my mum is everything. We have all learnt from the best mother in the world.” 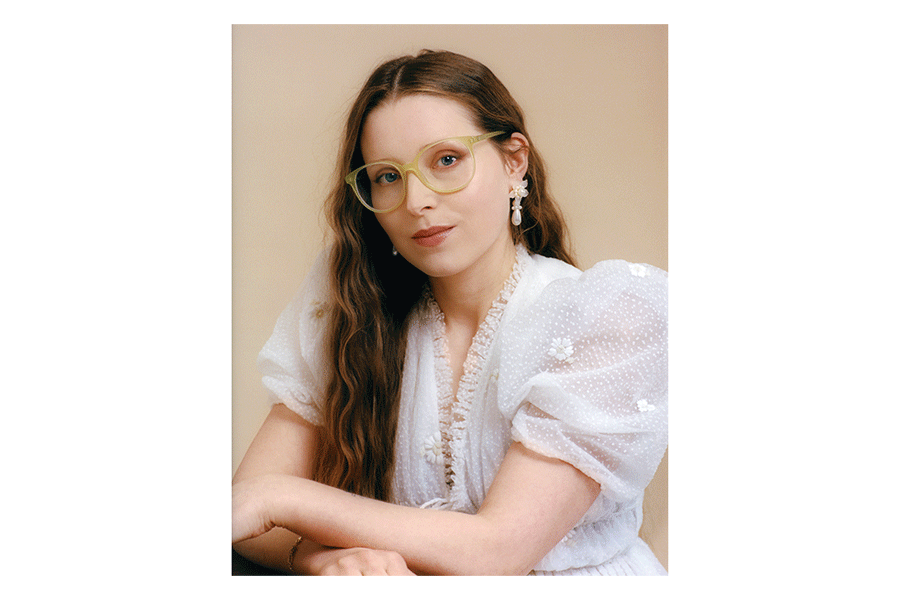 Fans will know that alongside her grandparent duties, Jessie’s mum plays a big part in bringing her stories to life, hand sewing props and backdrops for shows and podcasts. “She was a doctor, but she should’ve been something creative – that’s why she has always been so brilliant at encouraging me to do what I wanted to do,” Jessie explains. Continuing the theme, her needlework has also been used on the cover of Sunset. “When I was told that I was allowed to do the cover myself, I immediately knew she should do it: it was a no brainer. And I think for people who have known me other than for this book, and who have seen my work, they will know that it is her.”

With book number one hot off the press, Jessie is already working on her second. “It will be completely different, and hopefully not called Moonrise,” she laughs. “It focuses on the first character that I ever drew at art school, where I was told that I couldn’t draw! I would always draw the same character, and they would say that I needed to try different things. And I was like, no, but this is my character… This is the story about that character. Initially I did write it as a young adult book, when I decided that I wanted to write longer form, but I have since decided to come back to it and make it adult.”

Jessie is hoping to have it completed within a year but knows that deadlines can and do move. Equally as important, right now, is spending time with her kids and being present for them. “I am so aware that time is going so fast. I am in a very weird phase of grief, and realising that life is just incredibly short, and you have got to make the most of it. So really, I have just been trying to enjoy the moment a bit more,” she explains. It feels like this is Jessie’s moment, so here’s hoping that she can enjoy it.

Sunset is out now in hardback (Welbeck, £12.99); Sunrise is available to stream on Soho Theatre On Demand (sohotheatreondemand.com) and Jessie’s podcast is on YouTube each Thursday