Golda Rosheuvel on tapping into diversity and inclusion, and channelling majestic airs and graces in the new series of Bridgerton.

The wait is almost over: the first series of period blockbuster Bridgerton, which aired at the end of 2020, drew record audience numbers for Netflix, and the eagerly anticipated follow-up is due on screens later this month. Something that Golda Rosheuvel, who plays Queen Charlotte, is clearly as excited about as the show’s fans. “The first season we didn’t really know what it was,” she tells me. “Obviously, you know day to day what you are filming, but the kind of impact was never thought about. So, coming back with season two… it’s just amazing.”

Though she plays a notorious gossip in the show, in real life Golda is guarded about what we can expect from this second series. “We have got new characters coming in and Anthony’s love match will be investigated this season. The queen, obviously, is up to her old tricks. New tricks, possibly. But yes, more of the lovely glorious same,” is all I can tempt her to share. 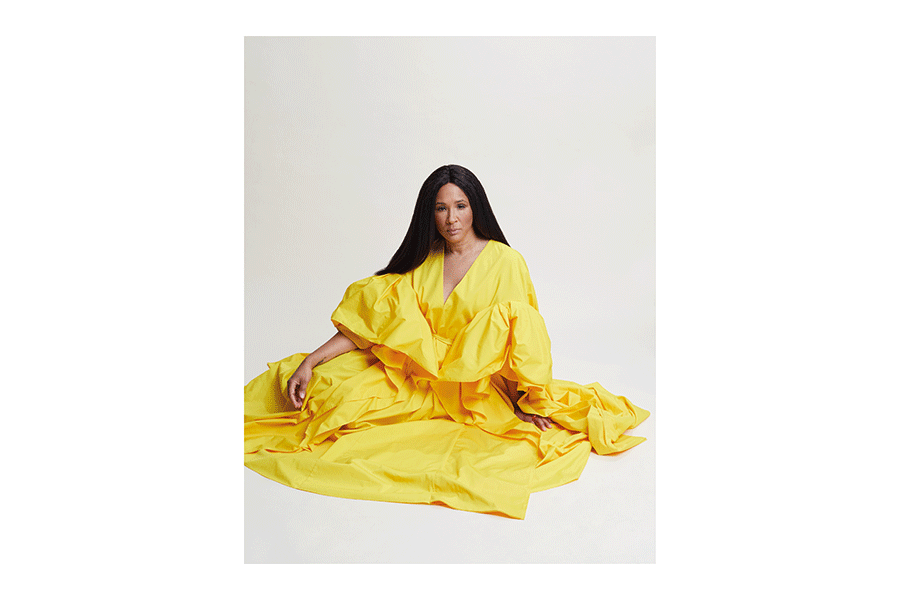 Golda’s character is an interesting one; historians believe that Queen Charlotte was England’s first mixed-race royal, a fact that Shonda Rhimes, the show’s executive producer, has embraced by reimagining what Regency England may have looked like if the queen had celebrated her African identity. In the Bridgerton world, Charlotte’s entrance into the royal family changes the face of the aristocracy, opening doors for people of colour to hold titles.

Shonda’s decision to cast the Guyanese-British actress in the role makes this the first portrayal in popular culture of a British royal by a Black person. “What we are doing in Bridgerton, and what Shonda Rhimes is really pushing for, and has pushed for in the whole of her career, is getting people to tap into the fact that diversity and inclusion are really important, that reflection is really important,” Golda tells me. “It is always good to put positive role models out there. To reflect the world that we are living in. It’s so important that young Black and brown people can see themselves in roles and positions that they might have been told are out of their reach. And I think Bridgerton really celebrates the fact that we can all reach for our dreams if we want to.” 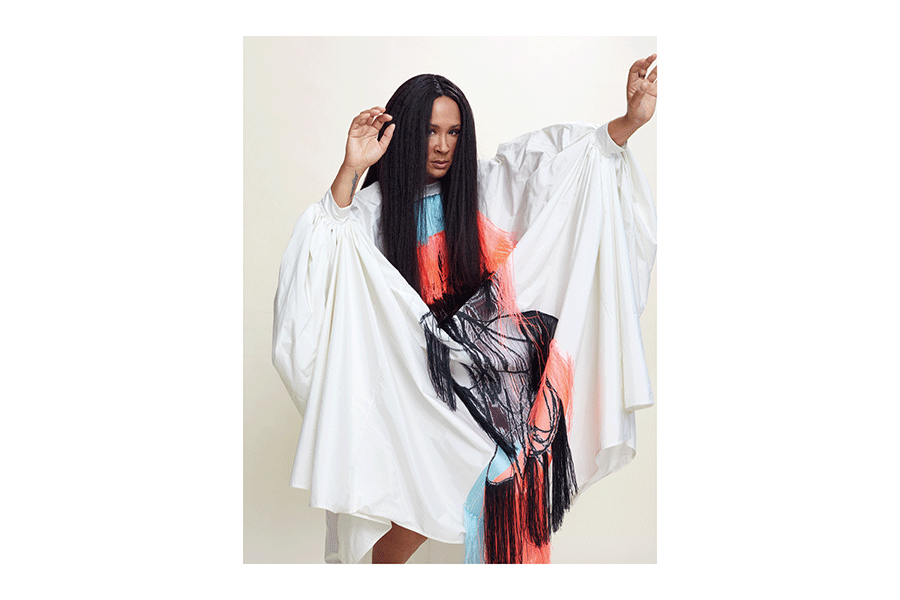 Vital to this representation of Charlotte are the extravagant wigs she wears – not just faithful to the Regency style, they have been designed to reflect Afro hair, as well. “The genius Marc Pilcher and his team did a really amazing job,” Golda tells me, enthusiastically. “We have to stick to the Georgian framework – so it has to be historically correct – but within that, we can play around. This time around there was a bit more collaboration, which I love. As you go on as an actress in a series, and you get to know the character more, there’s more of a say that you can have. The stuff that we are coming up with is really exciting and I think there are going to be some ‘oohs’ and ‘aahs’ when Charlotte comes on and people see what she is wearing!” she tells me, eagerly. 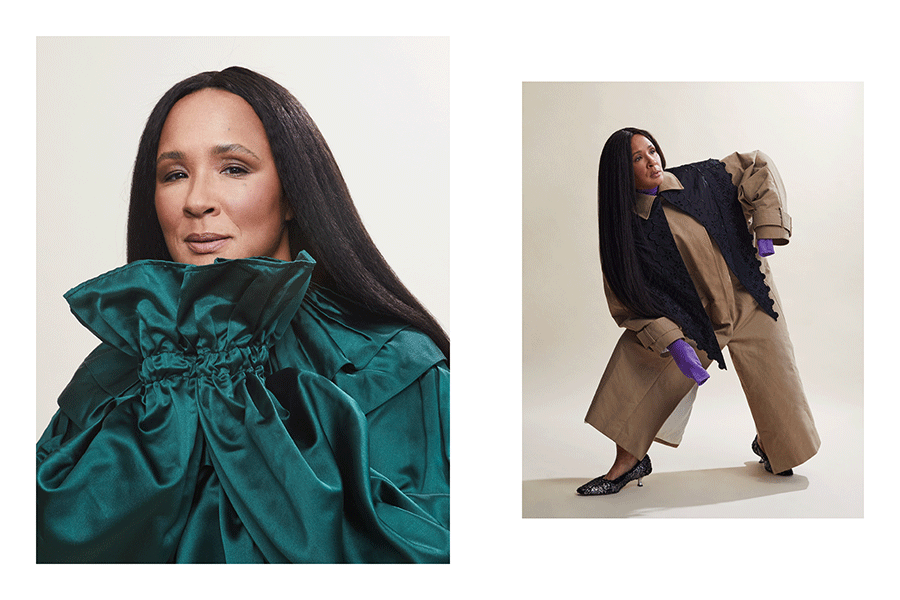 Though the queen did not actually appear in Julia Quinn’s books – on which the show is based – with her icy stare and commanding presence she regularly stole the scene in the first series of Bridgerton. So much so that it was announced last year that the royal will be getting her very own spinoff series, penned by Shonda Rhimes and produced by her company, Shondaland. Golda can see the appeal: “She is great, I love her dearly!” she exclaims. “There are roles in every actor’s repertoire that really connect, or reflect the inner soul of the actor, and Charlotte was one of those characters that just landed really well with me,” she says. “I felt really connected to that kind of world – my mother was white, and elevenses and afternoon teas and suppers were very much part of my upbringing. Do you know what I mean? I suppose it is a certain outlook on British society that really leant itself to playing Queen Charlotte.”

With another two series of Bridgerton commissioned after this one, it is clear that Golda will be spending quite a bit more time with Charlotte. “It’s going to be a big couple of years for the Bridgerton franchise,” she smiles. And there are other projects waiting in the wings, too. “There’s a wonderful animation that I am going to be involved with, for DreamWorks, called Orion and the Dark,” she reveals “I play one of the characters. I love voiceover work. It is so joyful; like a workout for two hours, I tell you! I come out of there needing to lie down for the rest of the day. So that is one thing that is happening. And there might be some theatre work, though that hasn’t been confirmed. But I am happy doing Bridgerton. And I am renovating my house and doing normal things. That allows me to live a bit of a life outside work.” 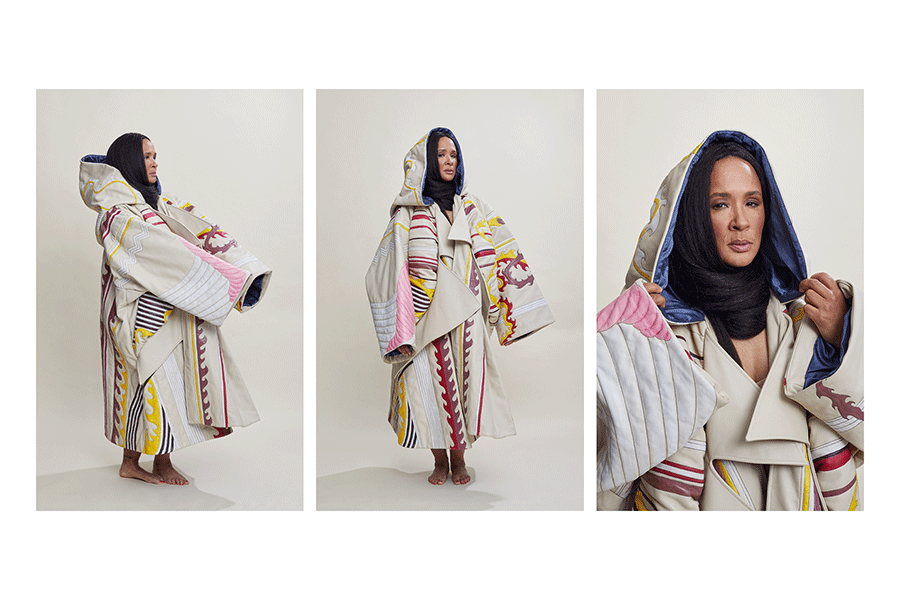 Before Queen Charlotte, Golda was perhaps best known for her theatre work: notable credits include The American Clock and A Christmas Carol (The Old Vic); Porgy and Bess (Regent’s Park Open Air Theatre); Romeo and Juliet (The Globe); Angels in America (Headlong Theatre); Now We Are Here (Young Vic) and an all-female version of Othello (Liverpool Everyman Theatre). She explains that the mediums of stage and screen are so different that they feel almost like separate jobs to her. “From my experience, theatre is a really personal, intimate experience between a group of people in an enclosed space. So, when I do theatre, I am always excited. I always turn the tannoy up so that I can hear the audience coming in – because it is a really exciting noise for me… The doors will shut, and we will all be in a space where a story will be told. And we are all going to experience it on different levels and react to each other,” she tells me.

Screen, on the other hand, is fast-paced. “That lends itself to my need to move on and do other things,” she explains. “But also, with television and film, you have to give it over to somebody else. So, it is a really good exercise for me about ego. In my… however many years I have been doing it… the greatest lesson I have learnt is to not let the ego take control, because, at the end of the day, between action and cut, that is where I am in control. And if I feel as though I have done a good job, and that I have given as much as I can within all the scenes, then whatever comes out of the edit is going to be OK.” Does she have a preference when it comes to the two? “I think that it is really important as an actor to have a mix of both,” she says. “Because it is different muscles, isn’t it? It is like being an athlete. Different disciplines will work different muscles and require different training.” 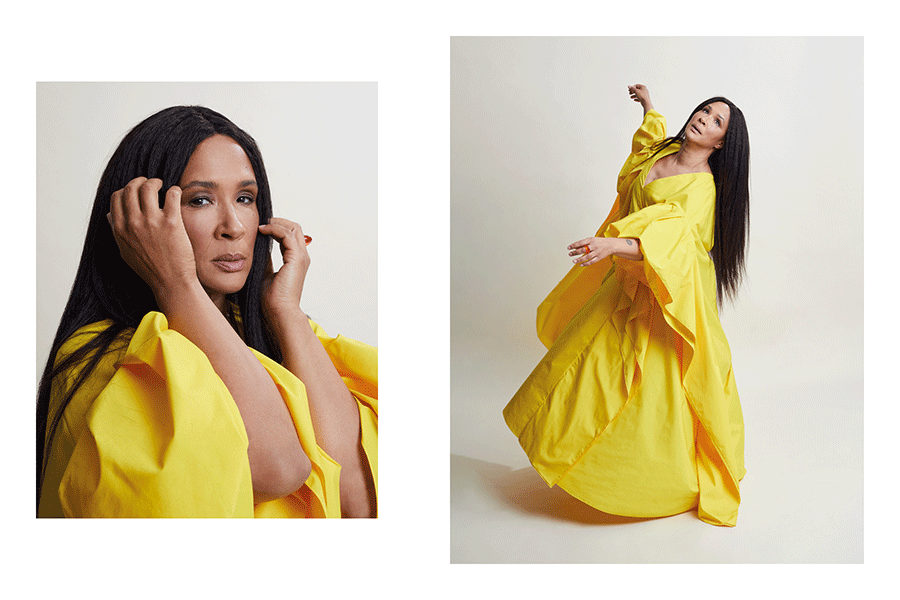 The analogy is particularly pertinent for Golda, whose life very nearly followed a very different path. “I was an athlete before,” she reveals. “I played hockey for my county, I played netball for my county. I swam for my county. I did athletics. Trained for the Olympics and then, unfortunately, I had an ankle accident that took me out for a little while. And I come from a musical background, a performing background. My parents were singers, and my dad was a priest – I mean, that is definitely a performance every Sunday – and he played instruments. My mum played the violin, so it was always in the household. And I did a bit of singing alongside my training, a bit of acting, and at school as well as all the athletics, I was in all the drama clubs, and I appeared in the shows. So, when I had this little accident, and it took me out, the acting and singing kind of took over at that time,” she explains. “And it was just something that I gravitated towards more. It filled me with so much joy and so much satisfaction. I think, also, pretending to be somebody else is a fascinating thing for me. And that time just opened up a different road, and I haven’t looked back.”

All that early training clearly made a big impact on Golda’s life, and being active remains very important to her. “I cycle, and I train three times a week – I do weight training, I do yoga, I play tennis,” she tells me. “I love hiking – we have just come back from Cyprus, and we literally walked all over the island. I walk a lot at home, too. I love just walking through this city, and experiencing the history. I love architecture, I love the architecture of this city – it is joyous. London is the greatest city on the planet. I adore this city. I would love to live in other places, but I wouldn’t want to move away permanently. London first, always. Home is definitely London.”