Ahead of his role in Persuasion on Netflix this month, we talk to Edward Bluemel about career highlights, the skill of the supporting role and the lure of the stage.

Edward Bluemel’s is a face you will likely recognise – most memorably he’s played vampire Marcus Whitmore in Sky 1’s supernatural drama A Discovery of Witches, taken on the role of obnoxious and entitled MI6 intern Hugo in the acclaimed Killing Eve and appeared as Maeve’s feckless older brother Sean in the brilliant Sex Education.

Though his part in the latter was only small, it remains one of his favourite jobs to date. “It was really fun because of the atmosphere on set,” he tells me. “There were so many young people, and at the time – it was season one – there was a real excitement around the show. For a lot of these people, it was their first big job. And I came in halfway through to find that such a beautiful, supportive community had been created. The content was funny, the scripts were great and there was something really exciting about that whole job. And I really enjoyed playing the character, who was a little bit different to anything I had played before.”

Hugo in Killing Eve was another memorable role, he tells me, so it was thrilling to be asked to make a surprise return for the final season earlier this year. “It was just two days filming, and I had only read my scenes, so I didn’t understand what was going on with the plot because it was so top secret. But it was so lovely to pop back and see all the same old faces, and it gave me a chance to reprise my widely hated role, which was great fun,” he tells me. “They made him even more annoying: I love that character, and I love how much everyone despises him – there’s a certain satisfaction to that!” he laughs. 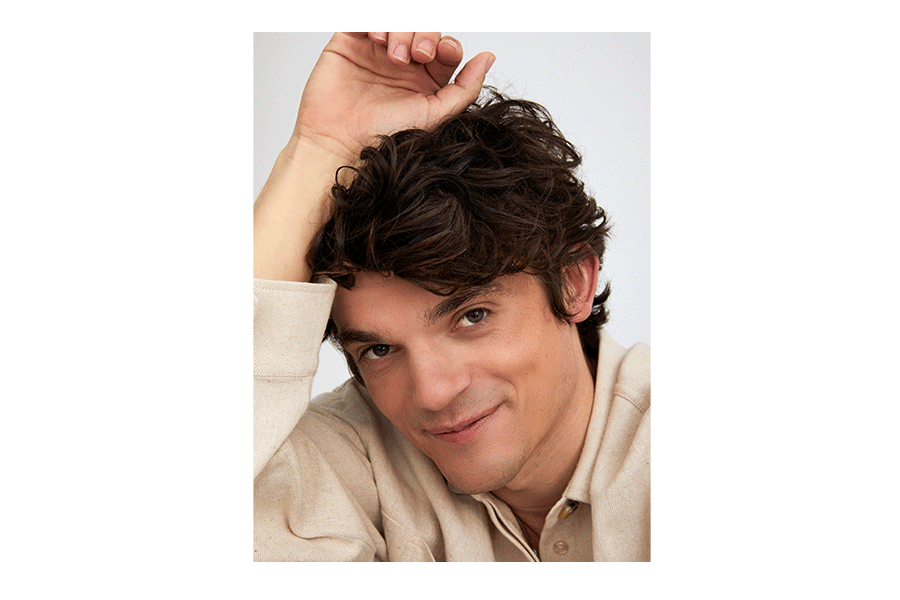 It is interesting that neither of these characters have been particularly likeable. “I like playing interesting, provocative characters who are a bit of fun,” Edward admits. “People who provoke a strong reaction, one way or the other. There is a satisfaction to ruining people’s fun in the best possible way. You know, getting in the way – playing the spanner in the works,” he laughs.

Though if these are the types of roles he is seen in, it is by chance rather than by design. “I don’t see myself as an actor who is in a place to pick and choose,” he tells me. “For me, at the stage I am at, I just think being paid as an actor is enough. I think I have pretty much taken every role I have been offered unless there was a clash. I should be thankful for any work, and I will have a go at anything,” he explains. “I hope that that attitude sticks for a very long time. I want to be an actor who is open to the possibilities of everything.”

For the most part, this openness has meant tackling a lot of supporting roles – a skill in itself, he assures me. “It is interesting because one of the big skills is not losing track of your character, even when you film one day, and then your next day on set is ten days later. You have to keep the momentum going,” he tells me. “I tend to play a lot of these types of roles, and I am still getting used to that thing of trying to maintain the energy of the character over a long period of time while only actually working once or twice a week.” 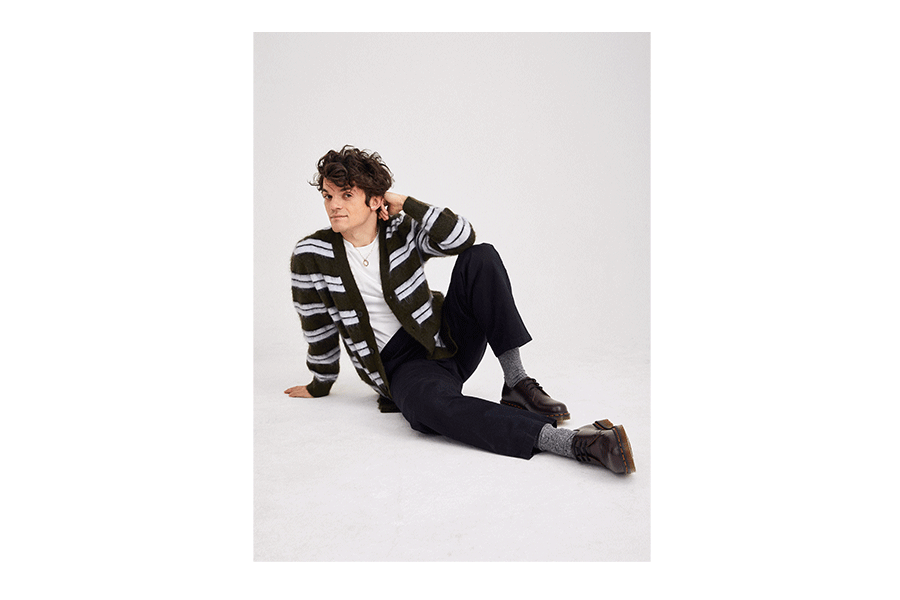 The latest such role is that of Captain Harville in the new adaptation of Jane Austen’s Persuasion, which premieres on Netflix this month. “You have to be a bit of an Austen head to know who he is off the bat,” Edward explains, “because he only features in about two chapters in the book.”

With Dakota Johnson as Anne Elliot and Cosmo Jarvis as Captain Wentworth, the film is directed by Carrie Cracknell and also stars Henry Golding, Nikki Amuka-Bird, Mia McKenna-Bruce and Richard E. Grant. “I was so happy to be asked to be in it, firstly because my family, my mum especially, have always been massive Jane Austen fans, so it was great to have the opportunity to be in something that they could watch and enjoy,” Edward admits. “It’s a really fun version of the story – what’s so important with Jane Austen is that if we are going to insist on remaking the stories, we have to find the relevance to today. I feel like this script – and I haven’t actually seen it yet, so I hope that it has come off the page – really found that relevance at the same time as being funny, light and heart-warming.”

Edward explains that though the story hasn’t been drastically changed, it has been reimagined with a modern, witty approach. “I play a character who is described wildly differently to me in the book – that, for me, showed the willingness for everybody involved to be quite loose with the source material, and to just create something out of it that feels fresh and different. In the book Captain Harville is a middle-aged sea captain who walks with a cane and is slightly unwell – but we dropped a lot of that.” 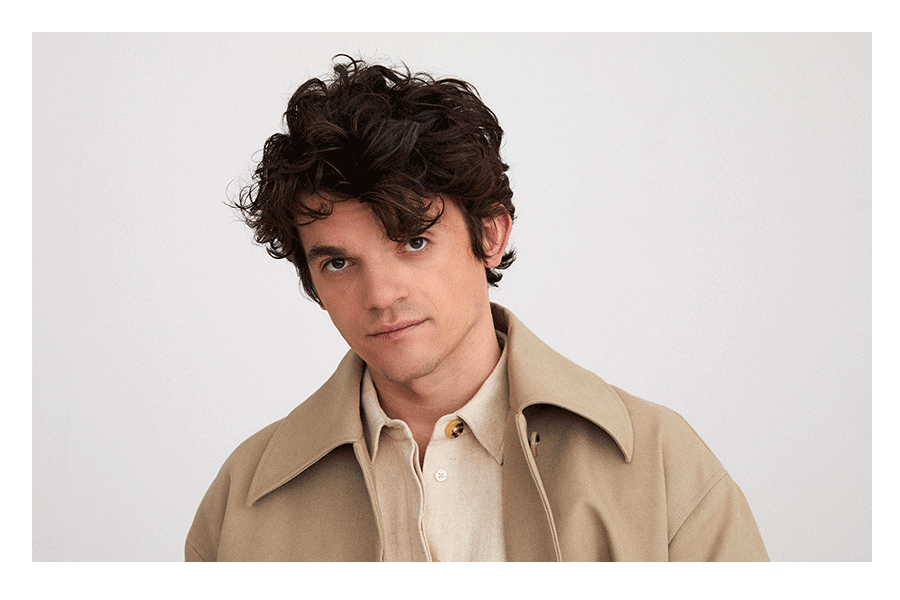 “I play a new character who does not appear in the book,” he goes on to reveal. “He is called William McGee and he is a slightly mysterious, eccentric, suspiciously wealthy businessman who takes a liking to the lead woman in the show – a character called Tanna. It’s been really fun playing him – there are a lot of layers to him, and he is a really interesting character. So, I’ve had a great time playing him. And he dresses like a bit of a peacock, so I have had a lot of fun with that – I’ve worn some ridiculous outfits,” he laughs.

Filming has been on location in Canada, though when we talk, Edward is back in London for a few days. “I have been living in Halifax, Nova Scotia for two and half months,” he tells me. “When I arrived, it took a bit of time to adapt. It was in heavy blizzards and rain for the first month, and it was pretty relentless. But now the sun has come out and I have made friends. I have got to know the cast and crew, and I have got to know the hotel staff very well from seeing them so much,” he laughs. “So yeah, slowly a little community has arisen, and now I feel very comfortable there – naturally just as it starts coming to an end! It is strange leaving home for a bit, but also, it is an amazing job to have, and I feel very lucky to have these experiences, even if sometimes I do long for the comforts of my home.” 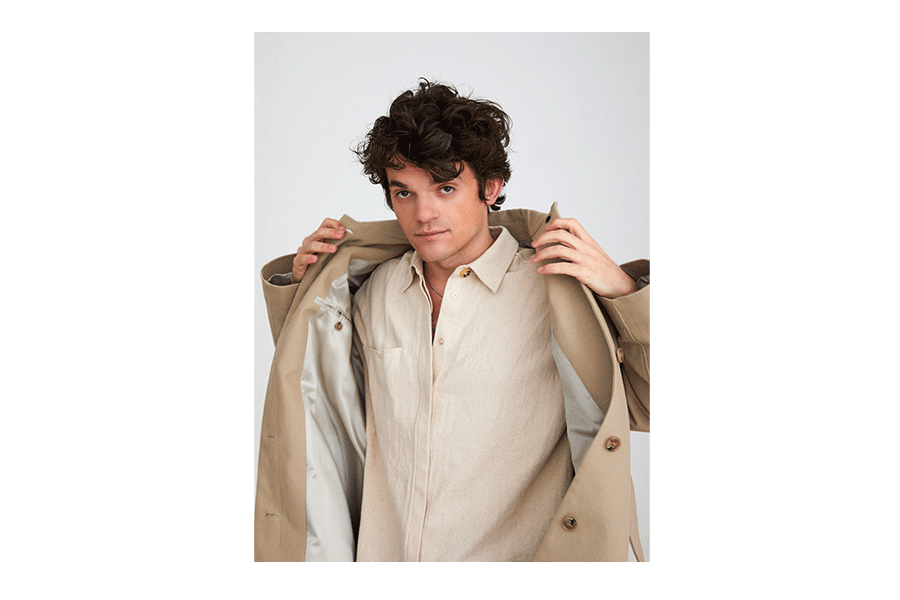 Being so far away from home for quite so long has been something of a steep learning curve for Edward. “I get quite nervous leaving home, and it takes me a while to adapt to new places,” he admits. “I have been very lucky that the majority of jobs I have done so far have been pretty close to London. And I have done quite a lot of jobs in Cardiff, but I know the city really well and am always really comfortable there – I went to the Royal Welsh College of Music and Drama. So, it was a new experience to go somewhere so far away and really immerse myself in a different place.”

The separation brought its advantages, though. “It has been nice to be in a place that I totally associate with the character,” he reveals. “It helps me to keep focused and not get distracted. When I go back in, I am suitably prepared and in the zone of the character, in a way that perhaps I am not if I am going home at night and seeing my friends, or working on another job, even. That can be really confusing… you end up kind of doing a different accent every time or something.”

Speaking of other jobs, I wonder if there are any character types or genres that he hasn’t tackled yet, that he would really like to. “I am open to anything, but I would love to try my hand at some serious stuff, some drama,” he reveals. “That’s something that I haven’t had much of an opportunity to do… I find myself watching proper, naturalistic dramas, and I am always intrigued by the idea of that. But it scares me too, I think I would find it quite daunting to do something like that, to really test myself in that scenario, but I think it would be really fun.” 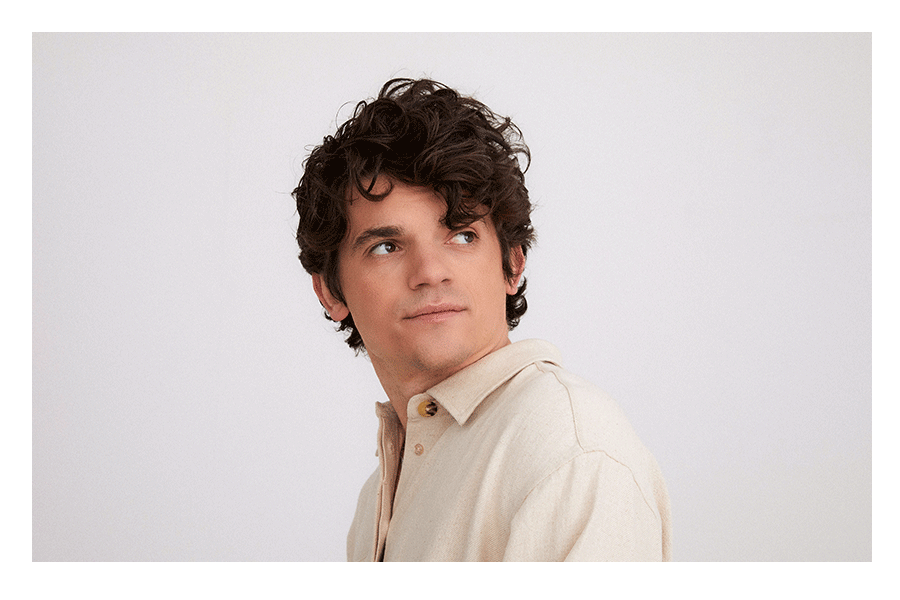 He would, he tells me, also like to do some more stage work – he played a lead role in Trevor Nunn’s critically acclaimed Love in Idleness back in 2017 but has not done much since. “Theatre is the reason that I got into acting,” he explains. “For me, there is nothing like performing for an audience who are in the same room and feeling them react to what you are doing. That creates something very special, and that is really the thing that I fell in love with when I was younger, so I would love to go back and do something. It’s been a while since I have been on stage, but I am always on the lookout for the right part in the right play. Covid stopped all of that for such a long time, but now it is up and running again… who knows, there might be an opportunity down the line, and that would be lovely,” he says.

Being comfortable with waiting for work to come along is an important skill for an actor to master, Edward tells me. “One of the challenges of being an actor is learning how to exist when you are not acting and knowing how to find peace in that and not stress out or feel like you are wasting time,” he reveals. “Every day that I am not working is as important as every day that I am – that’s just the way it is for an actor. I find little things to do. There is a yoga studio up the road… it’s usually me and a bunch of mums, which is quite funny. It is a very specific target audience that I don’t quite fit into, but it’s very peaceful and I love it. I love running. I walk loads – just trying to get out of the house and stay sane. But it is strange – my friends who are not actors are very baffled by what I do day to day when I am not working. And sometimes, so am I – I’m like, oh gosh, what have I done? It sounds very idyllic, but it is easy to feel a bit lost and aimless, and you do have to come back to something and try to focus really hard on something, and that normally sorts it out.”

One thing that has been helping him to find focus is writing. “My girlfriend is a writer, so sometimes I write with her – we have a couple of projects that we are working on. But it is still very much a hobby, and I am learning how to write things that other people might find interesting – it’s about stripping back the ego and trying to write in other people’s voices. And that is the challenge of going from somebody who writes for fun, to somebody who might want to write actual stuff further down the line.”

Persuasion will premiere on Netflix on 15 July