Killer Instinct: Ahead of his role in the highly anticipated Des, Daniel Mays talks coppers, being a copycat and coping with the consequences of lockdown

Photography by Will Thompson | Styling by Helen Collins

Social distancing (and a much longed for holiday for Daniel) necessitate a phone interview rather than a face to face meeting. “We’re down here in Devon, so forgive me if the line isn’t exactly right,” he explains. “I love London, but it’s been great to get out; it’s been so full on. You need that change of pace, don’t you? The home-schooling thing nearly broke me, so we just needed to get out… It’s been super.”

We’re catching up about his latest role, a leading part in Des, the ITV dramatisation of the case of notorious serial killer Dennis Nilsen. The three-part series tells the story through the eyes of both Nilsen’s biographer Brian Masters (played by Jason Watkins) and Daniel’s character, DCI Peter Jay, who was the detective responsible for his convictions.

“Dennis, who is played by David Tennant, was one of Britain’s most notorious, prolific serial killers, so it was very controversial subject matter, but no less compelling,” Daniel tells me, explaining the appeal of the project. “We had an amazing director in the form of Lewis Arnold, who is fantastic – up and coming and just an absolute breath of fresh air. From my point of view it was just an amazing character to bring to life. I have obviously played quite a lot of policemen – I have literally cornered the market, haven’t I?” he laughs, referencing parts in Line of Duty, Ashes to Ashes and most recently Code 404, to name a few. “But with it being such a brilliant true story it was really interesting to delve into,” he explains. 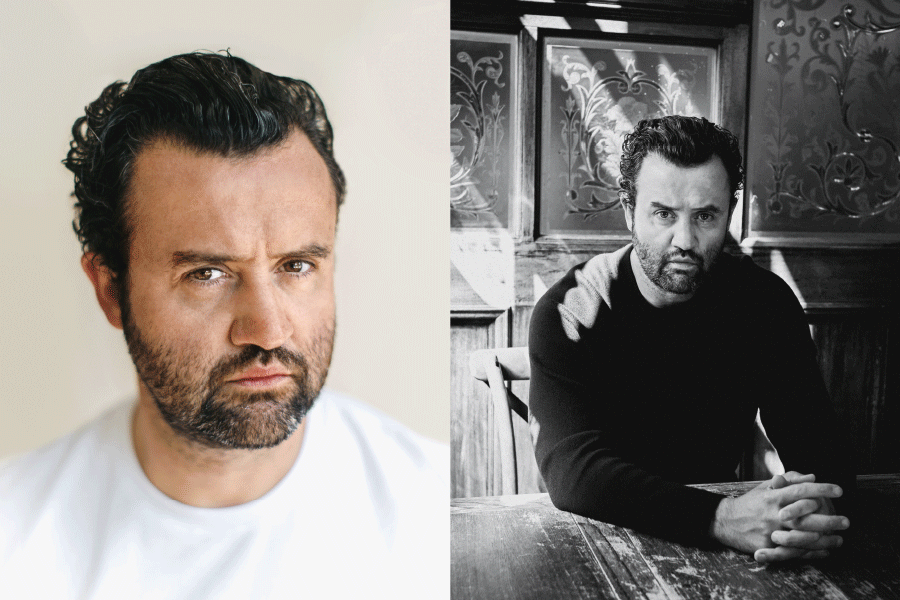 “Peter was an experienced policeman who had worked on murder cases before, but nothing could’ve prepared him and his team for the sheer evil that they encountered,” Daniel tells me. “It was an interesting exercise to see how policing worked in the early eighties, and how things like this affected the force. Because I guess their counselling was just to go down the pub and drink copious amounts of alcohol to get through it. It was a really huge case; the eyes of the world and the media were on them.”

Despite the horrific storyline, Daniel assures me that he thoroughly enjoyed the job, and even had some laughs on set. “I have often found that when you are dealing with a tough subject matter like this, a lot of the time you need to bring some levity on set just to get through it,” he explains. I remember when I was doing Vera Drake years ago – you know, that’s about a backstreet abortionist – having such fun on set with Imelda Staunton. You have to balance it up; when you are in the scenes it is very intense, but then afterwards… You know, that’s just me anyway, I’m not one of those method actors who stays in character all day, I have to just break it up a bit. Break the tension so to speak.”

The third eldest of four boys, Daniel jokingly attributes his career in acting to classic middle child syndrome. “My two older brothers were exceptional sportsmen, as was my younger brother. We were all sports mad and I don’t know if it was me trying to be different to my older brothers, to try and stand out… I went to stage school.” There was, of course, more to it than that. “Way, way back, when it all started for me was when my mum took me to see Michael Jackson in the Bad tour at Wembley,” Daniel explains. “And that became my thing. I would go into my bedroom and meticulously perfect the dance moves. And it became my party piece. If Billie Jean came on at the school disco I’d be performing for my classmates. So that has always been in me, the notion to imitate something. That need to perform.”

“Just the whole mechanics of going to the theatre and watching something is so important for people’s wellbeing. That’s what we’re talking about here. The mental fallout from this lockdown has been tough for everybody.”

After stage school Daniel was awarded a place at RADA, and the rest, as they say, is history. “My trajectory in acting has been that lots of producers and directors have wanted to continue the working relationship,” Daniel says. “You know, I am always amazed to pick up the phone and for someone to say ‘Danny, I want you to play this role for me, and you don’t have to audition.’ It is always such an incredible sense of relief more than anything. I am actually blown away by it really.”

The call he’d really like to take, he says, would be from a theatre producer. “I would love to attempt some Shakespeare. Certainly, I have done as much theatre as I have done TV, but I haven’t even done a play now for about four years, which is a hell of a long time. I have actually been learning the role of Macbeth, because a theatre director friend of mine has suggested that we look at it. I haven’t done it professionally for two decades and I feel like I have to get the monkey off my back. Do you know what I mean? So, we will see what happens. Of course, we have to get the theatres up and running again first…”

This is, naturally, something he feels very strongly about. “If you can have restaurants opening that are socially distanced, then why not? I mean you have to start somewhere – if half, or a third of an auditorium is full at least that would be something. Just the whole mechanics of going to the theatre and watching something is so important for people’s wellbeing. That’s what we’re talking about here. The mental fallout from this lockdown has been tough for everybody.  And we need things like this. Fine, you can watch Netflix or whatever on the telly, but I really miss going to the theatre, let alone being in a play myself. Hopefully that will come back sooner rather than later.” 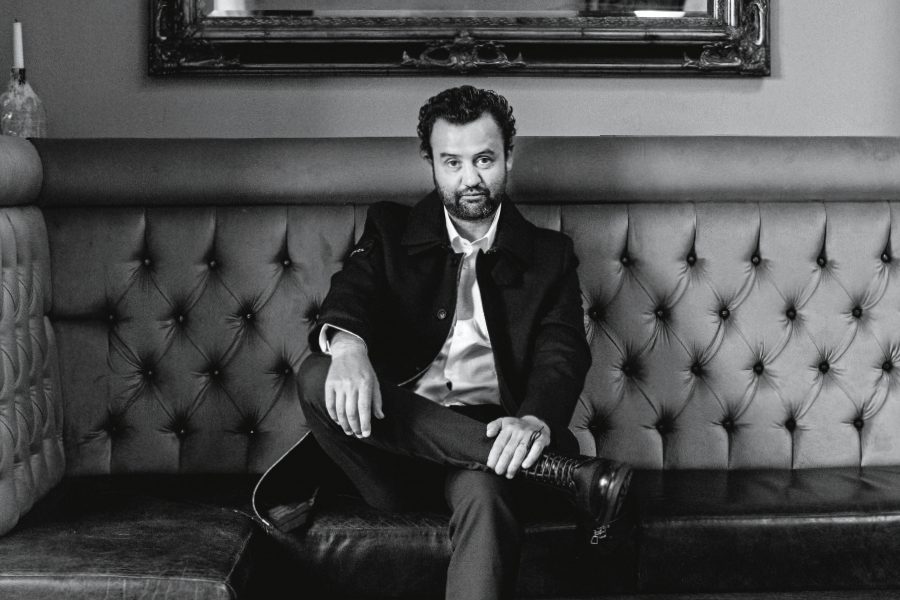 While the future of theatre-going may be uncertain, things are moving in the right direction with television, Daniel tells me. “The second series of Code 404 will start filming in the middle of August, with series two of Temple starting after that finishes. We are obviously going to be filming within the constraints of COVID-19 and social distancing. As far as I am aware – we need to sit down and have a meeting – I think all of the actors and directors and script supervisors are going to be in their own bubble; the lighting department will be in their bubble and so on and so on. I think it will be lots of rules and regulations that we have to adhere to and see how we get on with it. Sky TV are adamant that these two shows have to be shot by the end of the year – because if we don’t, at the end of the day they are going to run out of content, aren’t they, that’s the worrying thing. Everything is being eked out at the moment to make it last, otherwise we are going to be watching repeats of The Darling Buds of May forever more,” he laughs.

Daniel has mixed feeling about going back to work. “We’ve been like this for four months or something, you’d think you’d be itching to get back, which I am, but it’s weird… we all adapt and get used to the circumstances we are in, so that you sort of get used to it, don’t you. I feel like I am a bit ring-rusty when it comes to going back and filming. It’ll be good that we are all in the same boat though.”

Daniel might’ve gotten used to the circumstances of lockdown eventually, but the beginning was tough. “We had a catastrophe because my poor wife broke her leg on Mother’s Day,” he reveals. We went for a walk and she slipped down a bank and snapped her ankle. It was horrendous, we heard it crack. So, from being really nervous about being around anyone, we then had to spend three hours in A&E! I felt like I’d been hit by a bus – not only was I home-schooling my daughter, my son was taking his mock exams upstairs and I was also looking after my bed-bound wife who could not do anything. I was like Michael Keaton in Mr. Mom; I was just completely knocked out by it,” he laughs. All things considered, back to work should be a doddle.