As she appears on screen in Carnival Row and Temple, Chloe Pirrie talks accolades, expectations and staying grounded in the real world.

It was arguably her role as Shell in the independent feature of the same name that first got her noticed by the critics, though. The film, which tells the story of a girl who lives with her father in a remote gas station in the Scottish Highlands, won Best Film at the Torino Film Festival in 2012 and saw Chloe win Best Newcomer at the British Independent Film Awards the following year, and resulted in her being named as one of the Screen International Stars of Tomorrow 2013.

I wonder how these accolades have impacted on her career? “It’s funny this stuff,” she remarks. “There is something absurd about it. The fact that you are the most promising newcomer, it’s like, well, I’m no longer a newcomer, is that it? And have I broken the promise? It can be very difficult, that industry noise – the expectations and the pressures, because it is hard enough just walking into audition rooms and trying to figure out a script, or trying to work out how to be convincing as a person. And if you add into it all of this expectation, I do not know where that leaves you. It doesn’t leave you with a lot of space to breathe,” she shrugs.

That’s not to say that she didn’t appreciate the accolades. “Receiving that award was just one of the most extraordinary things that has ever happened to me. And I felt such a sense of achievement from that alone. You have to take these things as a real gift, because it is a lovely thing that people believe in you,” she assures me. “And it means that somebody might see you for something because they go, ‘oh yes, she got that, and she was in that film and it was very good…’ It’s another way for your agent to unlock doors. 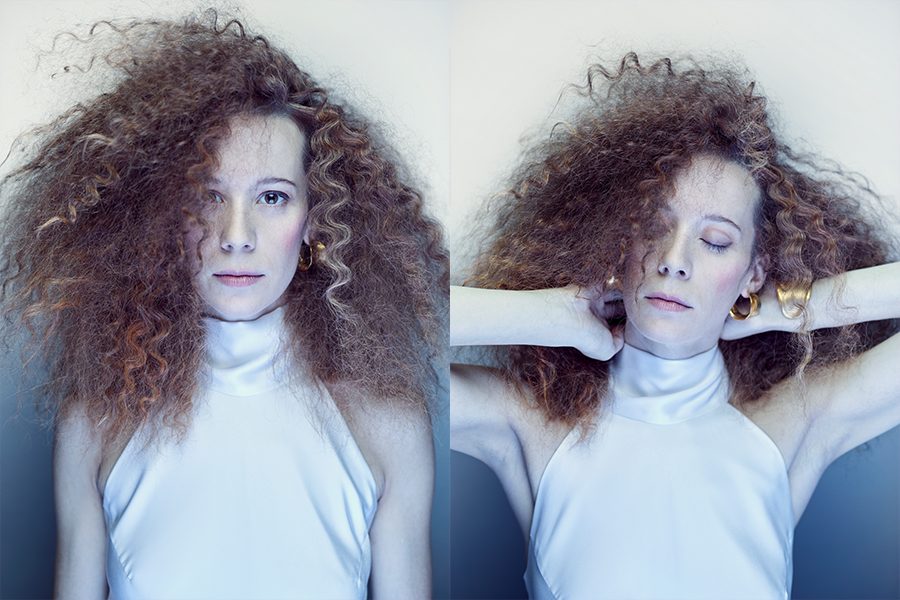 Though it may have opened doors and presented opportunities, Chloe says she is a long way from being able to pick and choose when it comes to the jobs she accepts. “Occasionally one goes through phases where one can make some choices, but generally I sort of see it as what chooses me,” she explains. Where there is a choice, “the main thing is writing – if something is not well written I don’t engage with it, because I just feel like I cannot see where I can put my work in it.” It is not, she admits, an infallible method: “Of course, you can get things wrong… You know, sometimes you turn away from a project, and it goes on to be made, and you go, oh, yeah, that’s not what I read. But then I just think, OK, that wasn’t for me, it didn’t speak to me at that stage, and that’s OK, because they found the story that they needed to make, and you can’t be right for every job.”

So no regrets for the jobs she didn’t take, but how about those she did? Absolutely not, she tells me. “The joy is in making it, and I very much try to hang on to that. You do the job, and you say yes to the things you like, and if you believe in it, then if people don’t like it, that’s not something that is in your control, in a way.”

She is, of course, very much hoping that Temple will be well received. Starring Mark Strong and Carice Van Houten, the series tells the story of Daniel, a talented surgeon whose world is turned upside-down when his wife develops a life-threatening illness. When conventional options for treatment run out, he refuses to accept the cards he’s been dealt and starts a literal ‘underground’ clinic in the vast network of tunnels beneath Temple tube station. Chloe plays Karen, a police officer who is trying to work out what is going on. Speaking about the series, she says: “It’s an interesting one, because it is funny, but it is also quite touching. It’s a bit of a yarn – it goes off on a lot of tangents. But it should be a good watch. It is very entertaining, and moving in parts as well. And it was a lot of fun to film.”

Chloe believes that in recent years television has presented actors with more incredible opportunities than ever before. “It can just be so amazing how TV shows are crafted and put together. We are making so much more TV now and the quality is so high. A series is like a ten-hour film now. And the same directors and producers are moving between TV and film, so the differences are not as clear-cut as they used to be.” A perfect example of this is, she says, Carnival Row, in which she plays Daliah. “It was really enjoyable to do because the material is so fun, and the world that they have created is so incredible and giant, and it has so much potential in it. And the designs are amazing too; the costume and make up departments were incredible. It was a real kind of transformation role, I think.” 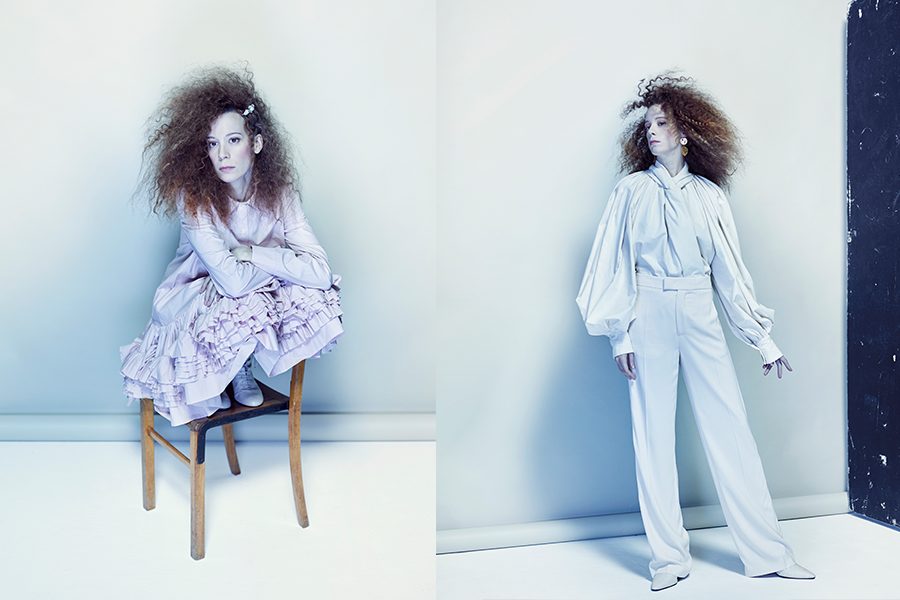 A drawback of filming this type of TV epic is perhaps the length of the shoot? “Part of the challenge is to overcome the feeling of being on something for months on end and feeling not as connected to it as you were,” Chloe explains, thoughtfully. “In film, I love the fact that, generally speaking, it is a finite kind of thing – just five weeks, or six weeks or however long the shoot is – and then you have made something. In some ways it can feel when you are filming like it is a more free artistic experience. With TV, it’s not boredom at all, but I suppose it’s like a repetitive strain or something… It’s good discipline and it is really good for your muscles as an actor.”

What about theatre – is that something Chloe would like to do more of? “It’s not a conscious thing, but I seem to be working more on screen. Again, it is that point about what has chosen me,” she says. Pausing to think, before adding: “I feel like there is a point to be made with this, because theatre is not well paid, and it is very difficult to live off theatre alone… Even if you are working at the highest level in some of the best theatres in the country, you would still be on equity minimum wage, and when that is over and the play is finished, that is it, you don’t get any royalties or anything. So I feel like there is a buy-out with theatre, and that is a significant part of it that I don’t think people talk about very much. You know, theatre is amazing and I love it and I want to do it, but sometimes you cannot afford to do it. And that is a bigger conversation probably, about class in our industry and generally… And there is probably not much that can be done about that. But I would love to do a play, the right play, something brilliant.”

It is a discussion that leads Chloe on to the cost of living generally, but especially in London. “It is already so much more unaffordable than it was when I moved down, and it was expensive then,” she explains, sadly. “I wouldn’t have been able to go to drama school with the current prices of rent and stuff. I don’t know where that is going, and it makes me a bit sad really, that potentially it is a bit of a talent drain, because it is becoming more of a rarefied experience to live here. And I love London. I love the fact that we have such a diversity of cultures, you could probably say that about most capital cities, but I feel like London really embraces everything – the food, the languages we hear walking down the street. It is so brilliant, the energy of the place…”

The perfect place to keep you grounded in real life, you could say. “I feel it is very important to stay grounded in the real world and keep developing yourself as a person outside of acting,” Chloe nods. “Because then you have things to draw on to make interesting choices and have a point of view when you are reading a script, or working out what the motivation is for a character doing something.” This is, she thinks, one of the most important lessons she has learnt since she started acting. “And discovering ways to drown out the industry noise,” she adds. “Because it will deafen you if you let it take over. I’ve realised that the last couple of years, and that I have to protect myself and protect the artist in me. Because that is business, that is commerce and it is not why I became an actor in the first place.”