To say that Antonia Thomas is excited to be appearing in Steve McQueen’s Small Axe series is an understatement; it is, she confirms, a dream. “I have always been a huge fan of Steve’s work,” she tells me, enthusiastically. “His has been the name that I have been citing since I started working, as one of the directors that I would want to work with in an ideal career situation. Just the fact that his work does not shy away from honesty. It is brutally honest, but at the same time beautiful and artistic. And he is a black British voice. It was a conversation that I have had with my agents over the years: ‘If anything ever comes up with Steve McQueen, please can we try for it?’,” she explains.

Academy Award, Bafta and Golden Globe-winning filmmaker Steve McQueen’s series of five individual films for the BBC is set between the late 1960s and the mid-1980s. Each film tells the true story of different members of London’s West Indian community whose lives have been shaped by their own force of will, despite rampant racism and discrimination.

Though decades old, the stories are as timely now as ever, particularly in the light of events across the globe this year. “It’s funny, they are important stories about black British culture that always deserved to finally be told, and they would have been relevant. But obviously over the last six or seven months, with the terrible death of George Floyd, and the uptake of the Black Lives Matter movement, and the sudden public consciousness of it, it kind of couldn’t be more perfectly timed to have something like this coming out,” Antonia observes. 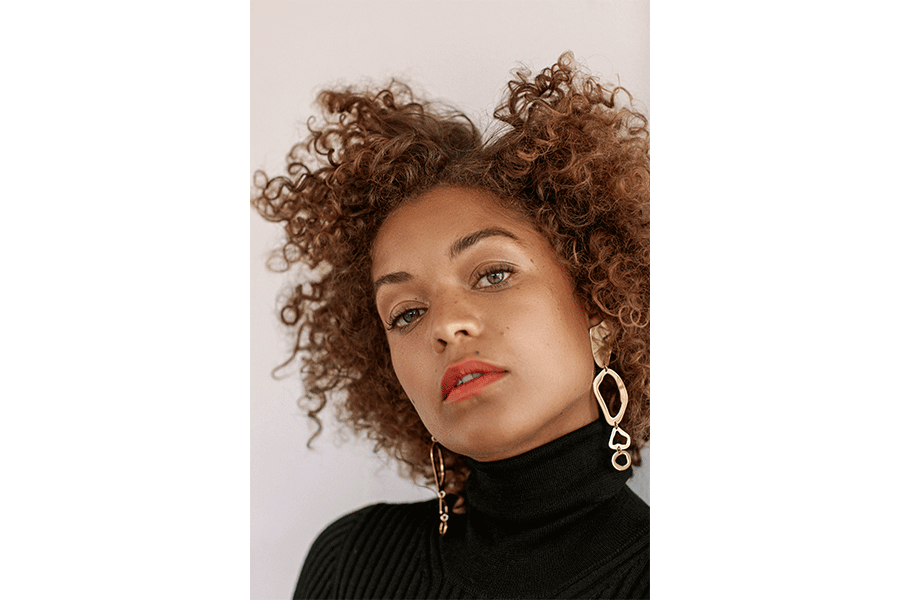 She appears in the third film, Red, White and Blue, which tells the true story of Leroy Logan (played by John Boyega), a young forensic scientist with a yearning to do more than his solitary laboratory work. When he witnesses his father being assaulted by two policemen, he finds himself revisiting a childhood ambition to join the force – an ambition borne from the naïve hope of wanting to change racist attitudes from within. “I play his wife Gretl, who, I propose, within the piece and their lives, just acts as a real support and a sounding board for Leroy,” Antonia says. “There are several junctures where he is faced with these decisions, and instead of putting him off, Gretl really supports him. Throughout his time in the police, all the ups and downs that he goes through, and that they are put through as a family, she steadfastly stands by him.”

Having viewed an advance screener, Antonia is delighted with the outcome. “I think John is absolutely incredible in it, and it is everything that I hoped it would be,” she grins. “It is Steve McQueen all over. Just so beautiful in the artistic details and the stories are told clearly and cleanly; and the way that it pays homage to all of the cultural references – he really takes time to let the viewer understand. I couldn’t be prouder to be a part of this really, to be honest.” 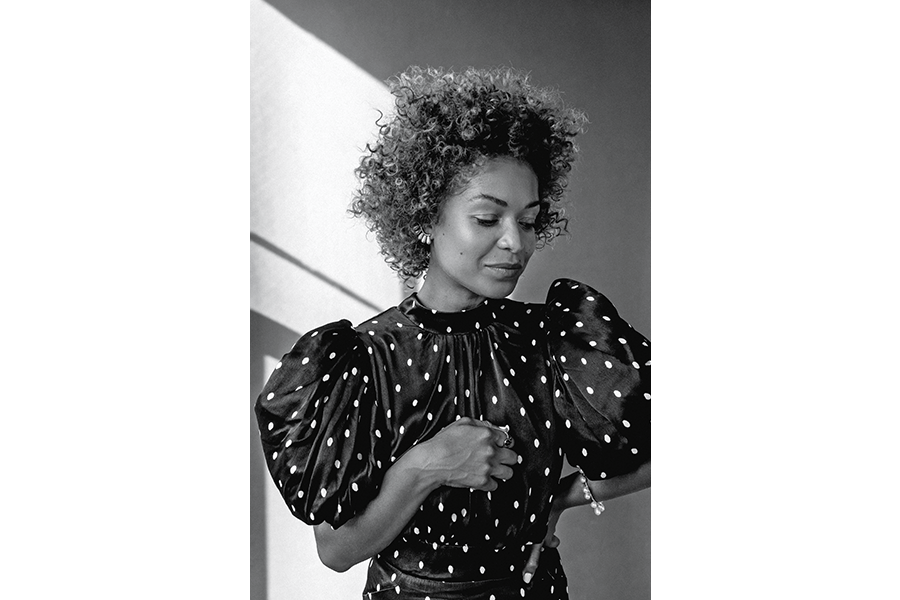 That she was able to be part of it is something Antonia will be forever grateful for. Having a recurring role as Dr Claire Browne in The Good Doctor, she spends up to half the year living in Canada, where the series is filmed. “This was a project that we had been hearing about for two or three years, but I had been in Vancouver across that time doing The Good Doctor, so when it finally sounded like it was going ahead, and casting began, I was just resigned to the fact that I wouldn’t even be able to audition, because of being here,” she explains. At the last minute, an opportunity arose for her to submit a self-tape. “I was filming 15 hour days and they were like, ‘Can you turn this tape around by British time 9am?’, so I had this tiny window, and almost wasn’t going to do it, because it felt impossible. Funnily, it was my make-up artist who was like ‘How much do you want to work with Steve McQueen?’ and I said, ‘Like it’s a dream’. And she was like, ‘Well get up at 5am and make the tape then, just do it’. So, I did. And it worked out. I am over the moon.”

“I think, weirdly, COVID has taken the edge off the homesickness, because even if I were in London, I wouldn’t be able to see my mum and dad”

Being on the other side of the Atlantic obviously raised scheduling issues, but nothing that couldn’t be worked around. “The Good Doctor guys, being extremely generous, helped me out. I mean I think they even slightly took me out of one of the storylines so that I could get over for the two weeks to film it,” she explains. “So, I’m exceptionally grateful to them, as well, for making that work for me.”

With its fourth season now in production, The Good Doctor is another piece of work that Antonia is particularly proud of. “It has been an incredible journey for me, being able to step into the American side of the industry,” she tells me. “Up until the point of doing this, all of my work had been UK based. So, it was a huge move for me to come over to this side of the world and start filming an American series.” Not least because the role required her to speak with an accent. “As a British actor, you sort of feel like an American accent is one of the things you have got to have under your belt,” she tells me. “Growing up watching Hollywood films, it is a sound that we are familiar with. But it’s one thing thinking you can do an American accent, and another thing being in an American show, surrounded by Americans,” she laughs. She perfected Claire’s Stateside sound with help from an accent coach provided by the production team. “She was brilliant, and I would go through my scripts with her before filming. Now, four seasons in, I hope that it comes out easily. It feels much more natural. And it is just a part of the character.”

As much as Antonia loves working on the show, being away from home for such long stretches is, she admits, difficult. “It definitely has its challenges,” she sighs. “The first couple of years it was really quite tough. Because it is such a long period of filming, so you are sort of living here. I would fly back and forward when I could – I would get chunks of days off around holidays and Thanksgiving and stuff, but yeah, it’s not easy. You miss family and friends dearly,” she explains.

Throw in a global pandemic, and the logistics of splitting your life across two continents get even more complicated. “I don’t think I’ve been back for over a year,” she reveals. “I actually ended up locking down over here, because we had literally just finished filming the third series and I thought that I may as well stay in my apartment in Canada because the numbers were so much better here. I think, weirdly, COVID has taken the edge off the homesickness, because even if I were in London, I wouldn’t be able to see my mum and dad,” she says, thoughtfully. “In a way, I feel more connected than ever through the pandemic. That has been the sort of silver lining for me, because we are all constantly on Zoom, or FaceTime, or whatever, keeping up with one another.” 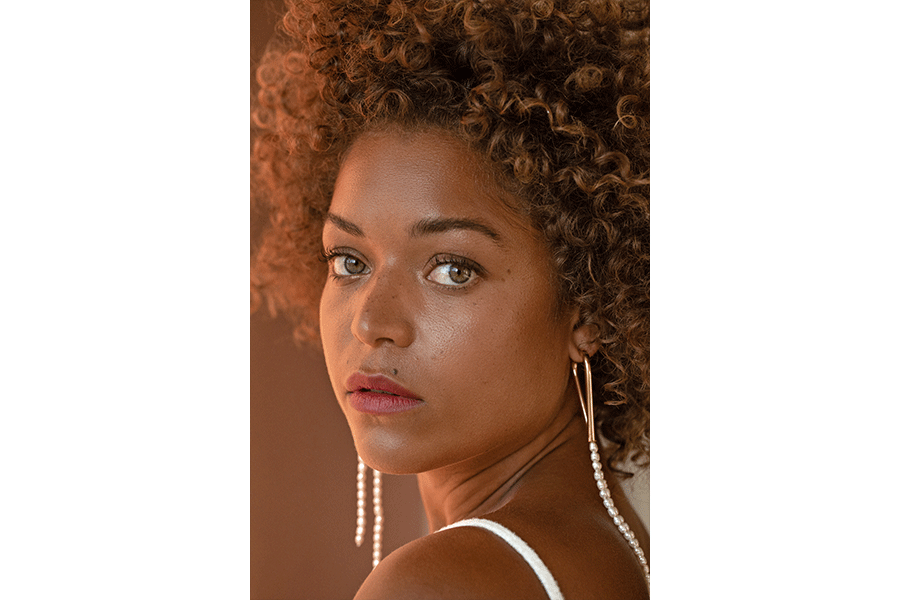 That’s not to say that she isn’t longing to come back. “I miss London so much,” she tells me. “Vancouver is a beautiful city, and I don’t want to do it down in any way, but I really miss the culture of London. I really miss the theatre and going to see live performances – music and theatre and dance. Hopefully it will be up and running again soon… The plan is to return home for Christmas, which will be nice. But I don’t know that I am going to be able to get out and about in London anyway, because I am going to be quarantining for Christmas and sort of seeing my family from a distance, and then coming back to Canada and quarantining here for two weeks, so it is going to be a bit of a weird trip, but I haven’t seen my family for so long that I really do need to go back.” While it might be weird, it is almost certain that Antonia will not be alone in celebrating this year’s festivities in slightly unusual style.

All of the Small Axe films are now available on the BBC iPlayer. Seasons 1 and 2 of The Good Doctor are available on Now TV