Hello! How are you? I’m so sorry about this morning,” Aisling Bea exclaims as we settle down to chat. We have had to put back our interview due to a double booking; I assure her that we wouldn’t stand in the way of an audition. “You’d stand in the way of my future,” she exclaims, with mock indignation.

“Yeah, I’ve been juggling a few things around. Dammit, must do better Aisling!” she adds. “Suddenly, going, ‘I’m really busy’, isn’t a badge of honour anymore, because it’s like, oh, you’ve clearly not managed yourself well. You know? For me the last year has been all about how to work as well, but in a more sustainable fashion. I think that is a lot of us. I think culturally that is happening a lot now…”

It is an interesting point, given that we’re here to talk about new Channel 4 sitcom, This Way Up, about a woman recovering from a breakdown. The series is not only written by Aisling, but stars her, too, alongside the wonderful Sharon Horgan. “It’s hard to describe what something is when it’s not a big action movie,” Aisling tells me. “You know, like two people get caught in a twister and have to make their way out… It is sort of just about life really. The core characters are Aine, who I play, who is little sister to Shona, who Sharon Horgan plays, and we start the show – this is a spoiler for the first five minutes – with me getting out of rehab after a nervous breakdown.” 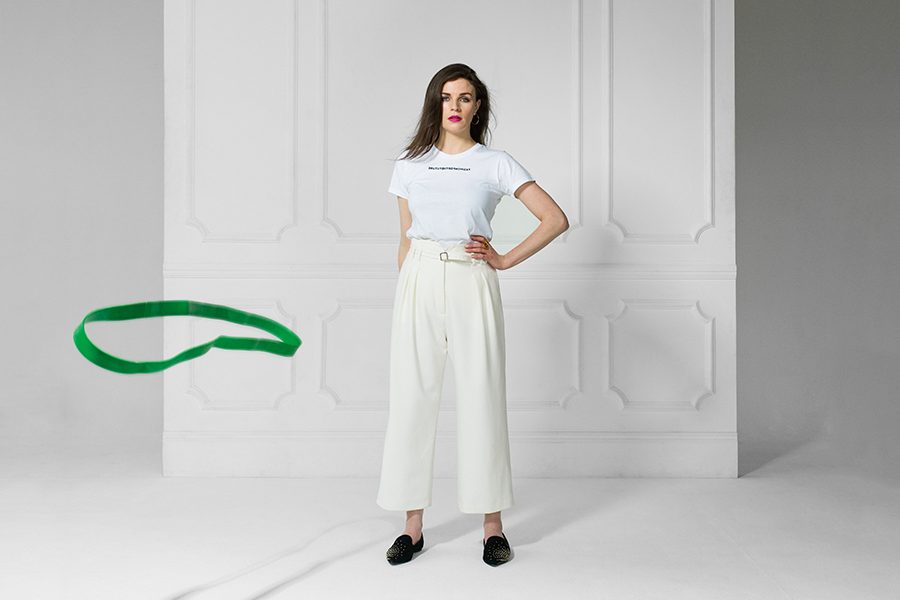 Poignant and funny, the show is essentially about the pursuit of happiness, and how that journey is harder for some than it is for others. “What I wanted to do was to make a show not about falling apart, but to show the daily-ness of getting better, I suppose. I’d like for it to be more complex than that, but it’s not.”

Does the sisters’ relationship in the show reflect Aisling’s relationship with her own sister? “Erm, maybe not with my sister, but my relationship with Sharon…” Aisling tells me. “I mean there are threads of so many things in there. There’ll be a complexity of people in a character that you might write. I think with writers, they might meet an interesting character in a café, and then five years later the thing they did will make it into a sketch. So, it’s like your brain becomes a sort of creative dictaphone.”

Whatever it is based on, the relationship between the sisters comes across as being very natural, and that is genuine, Aisling assures me. “We’ve been working together for I think nine or ten years now. Sharon is like a big sister to me, maybe more so than a friend. Sometimes you meet somebody who you just get on with really well, and the chemistry pops out through the screen.” 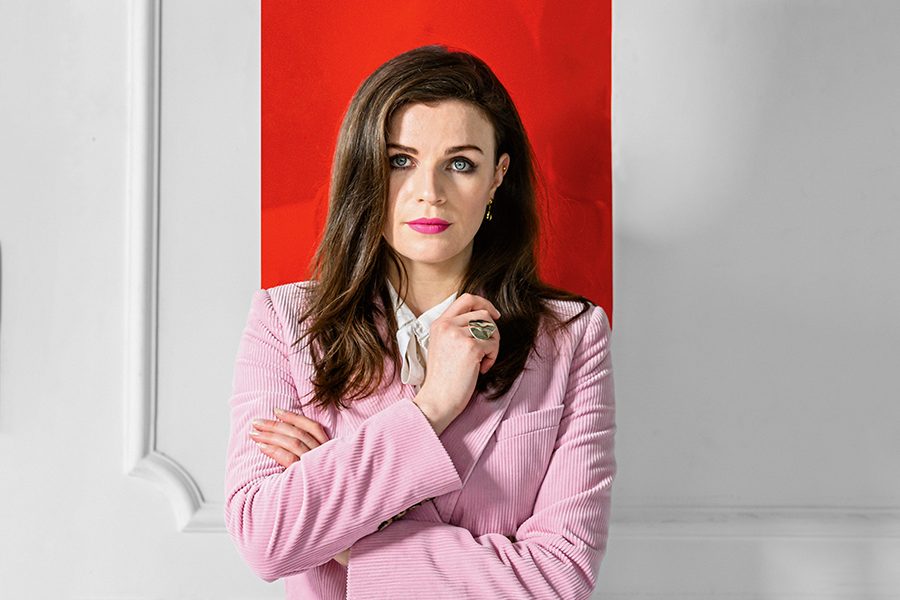 This portrayal of sisterhood is something the pair have been working towards for some time. “When we made the pilot a year and a half ago, it was like, oh finally, we get to do this thing! Because I first played Sharon’s sister in Dead Boss, and we wrote a movie together, and a year later we made a TV show, then that got cancelled, and we wrote another TV show, and they said no to that. And then I wrote this one on my own, and she’s my sister in it. So, it’s been a long old process together. And I think we couldn’t have done it if we didn’t really love one another,” she declares. Thinking for a moment, before laughing: “I think, anyway – she might be like, ‘oh God, finally let me loose on this woman!’”

Aisling is perhaps best known for comedy now, but acting is where she started out, 17 years ago. “I think a lot of the time one begins acting to transform into somebody else – am I sounding like a total wanker? The challenge of transforming is lovely and can be good for your soul sometimes.” Comedy was always on the cards, though: a personality that turned into a job, as Aisling puts it. “One of my great loves has always been making people laugh, and I can’t really imagine doing anything else,” she tells me. “I wish I could say that I used to be really quiet and shy and it gave me a way to speak out, but as soon as I could talk, I wouldn’t shut up! It was annoyingly the only thing I could do; you know, like when somebody is good at maths and they’re like, I don’t really want to be an accountant, but what else is there I can do….”

That’s not to say that the path has been an easy one. “When I started, I found it nerve-wracking,” she explains. “Because I had been an actor for so long. Feeling like you are a professional in one part of your craft and then starting another one and being a real newbie, that was the nerve-wracking thing,” she explains. And baring her soul to audiences wasn’t always easy, either. “Being myself is a totally different thing to pretending to be somebody else,” she explains. “You definitely feel the knocks more with stand-up. It is harder to separate the work from who you are, because it is you and it is your stories, and your point of view and stuff, you know.” It is definitely, she assures me, a job that requires: “a high threshold for shame.” 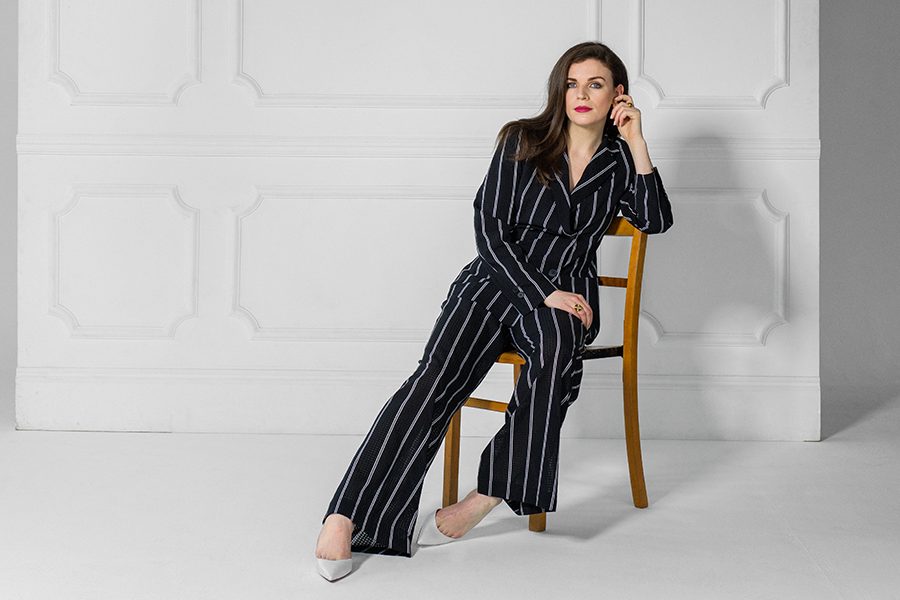 That said, Aisling’s stage personality isn’t exactly the version of her that her friends know and love. “Imagine you are paid to go to a dinner party and you have to be lovely,” she explains. “That’s the stand-up version of me. The stakes are just slightly higher than just assuming your normal personality. You are ‘on’, if that makes sense.”

The dinner party analogy is never more fitting than when it comes to appearing on panel shows. “It’s weird, you know when you go, ‘oh that’ll be a lovely dinner party,’ but then you turn up and somebody has had a bad day, or you’ve had a bad day and you are feeling weird. It’s kind of the exact same as that, because comedy is all about the feeling in the room. And the way you feel,” Aisling explains. “I mean, you see 23 minutes of time, but they record for two and a half hours, minimum. There’s some that are, of course, quite fun, but that is the most jobbed form of being a comedian. So, they can be tough, and I think that anybody who says that they aren’t is lying. And you can call them out on it!” she declares.

If Aisling isn’t watching panel shows to unwind, what does she switch on instead? “Box sets are my guilty pleasure,” she tells me, adding, “I don’t know if I feel guilty about that though. Guilty pleasure suggests that it is something I feel guilty about. Murdering that guy, oh but I loved it…” she cackles. “I’ve been watching loads of stuff, but I am going to say my favourite is Derry Girls, just because it is so bloody brilliant. Lisa McGee who wrote it, who I know quite well, is just a genius really, because she is educating Britain about Northern Ireland through giant big belly laughs. So that is one thing I love.” 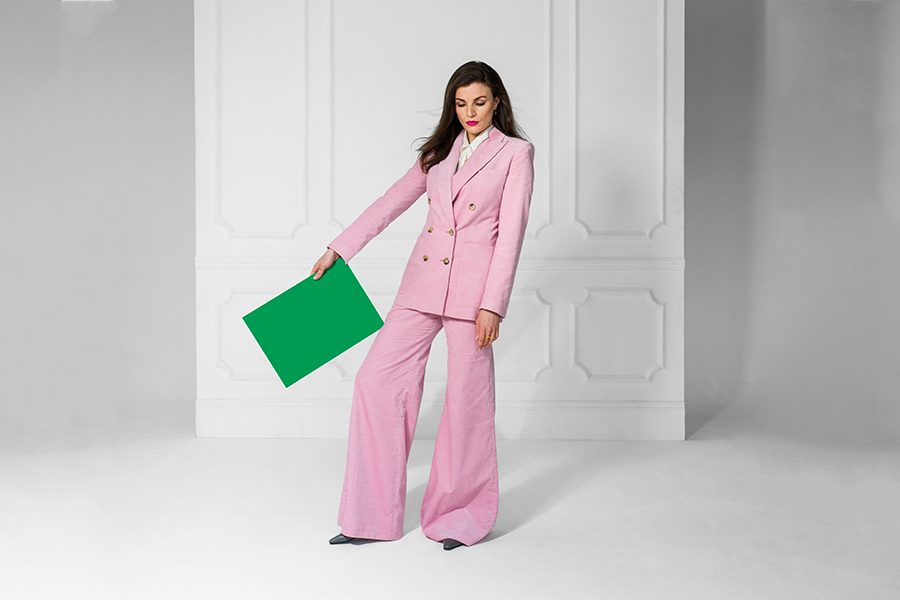 What else does she love? “There’s a pub near me called The Myddleton Arms that does the nicest roast in all of London. On Canonbury Road. Oh my God the roasts are just bloody delicious. I love that: papers, friends and roasts,” she sighs. “That is just a joy of a day in London – walking there or going for a walk afterwards because we are all so big and piggy tummied. That is one of my greatest joys,” she grins, adding: “Do you know what, I have been in London for 11 years now and I really just feel like it is my home. I would love to go around saying, oh I really love the art galleries, but I don’t think I ever really go to art galleries! I love being in pubs in London – I just love the vibe.”

So, will we still find her here in London in five years’ time, propping up the bar at The Myddleton? “The life things: who bloody knows really,” she shrugs. Work is different though: “I’d love to think that the show went for three series, and I think it would just be the three series. Maybe two. I’d like to think I had a few what I feel like are firm steps on the ladder filled in. If that makes any sense? And I feel like I am almost getting there. I feel like I have been given an amazing year and I am very grateful for it, but to really lock it down I would love to do a few movies.” Exciting times ahead…

This Way Up will air on Channel 4 this month