For Elarica Johnson, success has a lot to do with the power of positive thinking, coupled with a big dose of patience. We caught up to discover the lowdown on her latest role.

Elarica Johnson is keen to assure me that her hair does not define her. “I love my hair, but I am not my hair,” she explains. Whether or not that is true, as well as contributing to her striking model looks, her tightly curled do, a legacy of her half Jamaican and half Irish heritage, makes her instantly recognisable. No bad thing for a performer.

You’ll probably know her best from her role as ill-fated supermodel Lula Landry in the first series of crime drama Strike, adapted from J.K. Rowling’s Cormoran Strike novels (written under the pseudonym Robert Galbraith). She obviously has some sort of affinity with the Scottish author, because her big screen break came back in 2009 when she took a small part in Harry Potter and the Half-Blood Prince.

Strike was, she says, a great job, and one she was excited to accept, despite ‘murdered supermodel’ not being one of her top five dream roles. There is an actual list, a fact she reveals early on in our chat – and then becomes a little flustered when I ask her what exactly is on it. “OK, so I have a prostitute, a strong mother, a drug addict, a superhero and a vampire,” she admits, shyly, adding, “I think that all of those roles would challenge me in some way.” 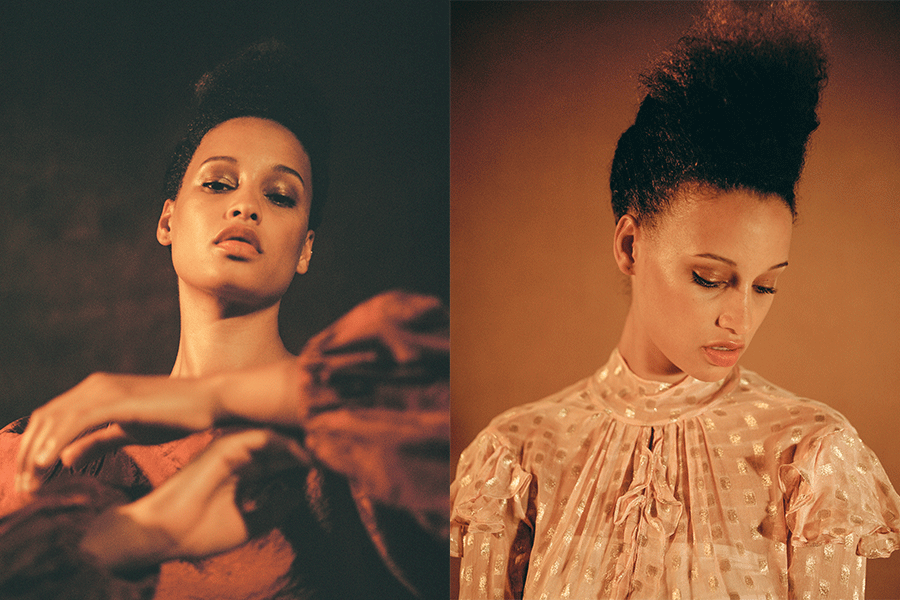 Interview with a vampire

In fact, she has just ticked vampire off the list. This month sees her appearing as vampire Juliette Durand in Sky One’s A Discovery of Witches. The series follows a historian and reluctant witch (played by Teresa Palmer) whose life is changed when she discovers a magical manuscript and a vampire professor (played by Matthew Goode) in Oxford’s Bodleian Library, and is based on the novel of the same name by Deborah Harkness (from her All Souls trilogy). If supernatural stories aren’t usually your bag, don’t stop reading just yet – I’m told this particular show promises wider appeal. Elarica describes the drama as “a love story with a lot of gore”, telling me that there is “biting and fighting and violence of sorts”. It is though, at its heart, a love story. “The relationship between the two lead characters is really beautiful to follow – it is just set in a supernatural world really,” she surmises.

When asked how she thinks the series will be received, Elarica says, “I am putting it out into the universe that it will do very well. I feel like we already have a positive energy around the show because of the books.” She goes on to explain that she believes strongly in the power of affirmations and positive thought. “I just started doing it a couple of years ago: if I say that something is going to happen, it might not actually happen, but something semi close to it does tend to happen,” she grins.

Interestingly, positivity doesn’t seem to come naturally to her. When I ask what she considers to be her biggest achievement, she struggles to answer. “It takes a lot for me to look at something and admit that I have done really well,” she explains. “I think the biggest achievement is me continuing to stay focused, and pushing.” Indeed, she attributes any success to date to this focus: “Every day, there is something that I do that helps me with learning my craft. Whether that is reading scripts, auditioning… even watching and learning from other actors, then that is all me working on what I do. I always think that if you put the work in, you get it out.” 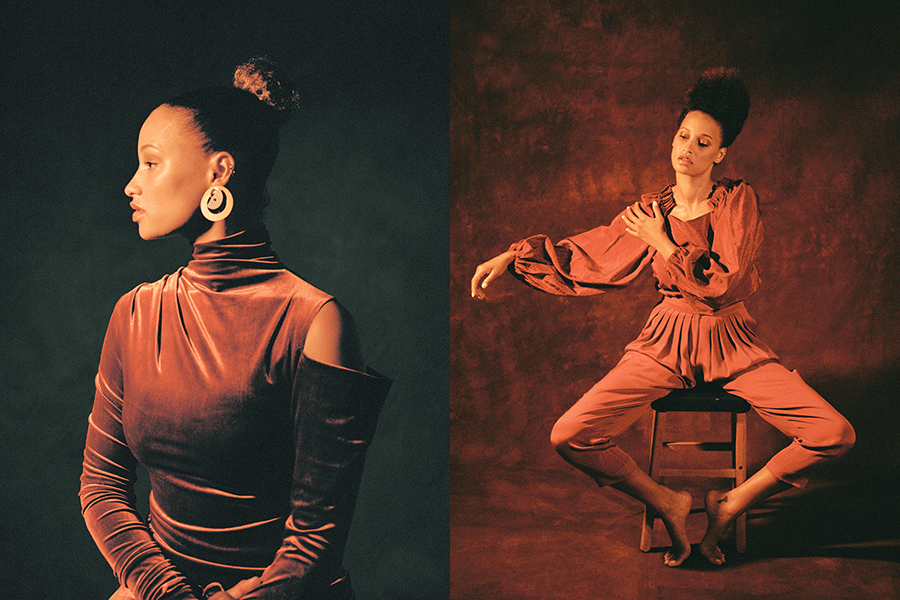 Elarica cannot imagine a world where she is not acting: “I was a child who knew,” she shrugs. “At, like, six or seven I watched Annie at the theatre and I just knew from that moment that I wanted to act.” She describes the thrill of being in the theatre, and how she longed to be a part of it. “To play a character, and have these people in front of me and to make them believe that I was that person… that was a challenge that appealed,” she explains. She went on to attend The BRIT School, and briefly considered singing as a career path, but her ambitions were short-lived: “I was there at the same time as Adele and Jessie J, and I thought, OK, I am never going to be a singer now…” she laughs.

Having made the decision to focus on acting, she took her debut roles on the stage. “I remember the first time doing a show. I enjoyed it so, so much, and it felt like nothing I had ever done before,” she grins. “That is where I trained, and where I began, and I felt very at home in a theatre. But I recall making a decision with my agent, where I was like, OK, are we going to push for stage or screen, or focus on both. And we decided to focus on the one, which was screen, and then to maybe come back to theatre afterwards.”

It has, by all accounts, been a good decision. Recent parts include a role playing alongside Ryan Gosling and Harrison Ford in the much-anticipated Blade Runner 2049 and a part in How to Talk to Girls at Parties with Elle Fanning, Nicole Kidman and Ruth Wilson, which premiered to critical acclaim at Cannes 2017 and was nominated for the Queer Palm.

And there is more in the pipeline, notably an appearance in a film called Six Days of Sistine, which she describes as “quite arthouse in vibe”. Going on to explain that: “It doesn’t have much dialogue in it, and involves a lot of poetry, which was really quite fun to shoot. We had two weeks of shooting – a lot of patience was required, because there were a lot of still moments.”

Patience (“with myself, with the world, with the industry”) is, she says, one of the most important things she has learnt through work. And it hasn’t been easy, because she is the first to admit that she finds it hard to keep still, describing herself as a “wriggly” person. “It is difficult, because this is a job where you have to perform to get where you would like, but you have to wait for the jobs to come along. Or you have to write the scripts, or whatever it is. There is a lot of waiting for things to happen,” she sighs. Even when she is working, she finds it hard not to be thinking about and plotting the next step: “I will get a job and be so happy on it, and when it is coming to an end, I will get this little tickle in my tummy, thinking, what’s next?” she laughs. 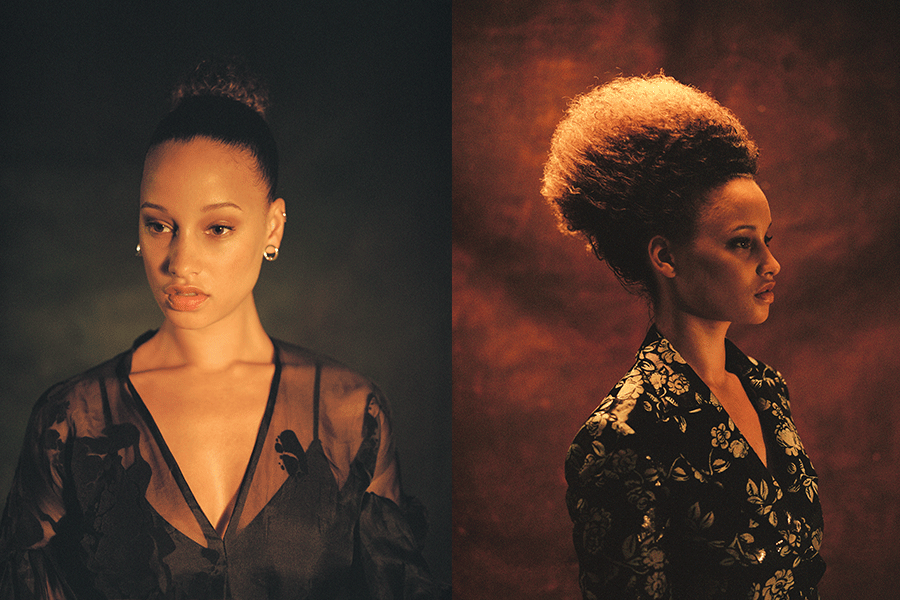 Right now she is putting that patience into practice, reading scripts, going out to audition for parts and generally putting it out there in the universe that: “Something big and shiny that really pushes me is on the horizon.” And as proud as she is of her achievements, she is definitely hungry for bigger and better things: “I could definitely do a lot more in my career,” she tells me. “And I’m hoping that it really picks up at some point, to the extent that I can pick and choose what I really want to do and who I really want to play.”

What if it doesn’t? “I’ll just have loads of kids, and adopt and foster, and just be a big mumma,” she laughs. Joking aside, family is very important to Elarica, and she admits that having to travel for work means she misses out on a lot. So however frustrating downtime might be, it does give her the opportunity to revel in just: “Being with the people that I love in that good space.”

For Elarica, that good space is London, the place where she was born. She waxes lyrical about her hometown, telling me: “The vibe and the energy of London, you can’t get that anywhere else. And I will stick by that, and if they don’t believe me, whoever is reading this, they need to get in contact and I will show them around and they will see how wonderful it is.” Now there’s an invitation…

A Discovery of Witches begins on 14 September