Brittany Ashworth is making a name for herself both in front of and behind the camera. She talks to us about big budget roles and future ambitions.

Fresh from our cover shoot, north London actress Brittany Ashworth’s enthusiasm is infectious. “I had the best time,” she grins. “I loved the theme – the volume and drama of it; so cool. It was a really talented team, so it was a lovely way to spend a morning. It’s always a bit strange when you wrap one of those, because you go out in the afternoon and you’re like, well, I feel like I need to do something really brilliant now that I’ve got my make up done, but usually you just go home and work…”

Work is what Brittany is here to talk about. She has been acting since the age of seven or eight, when she started attending David Johnson’s Oldham Theatre Workshop and began to get offered parts in touring productions. “I got to be in Les Mis, and Little Princess, which is obviously the most magical, fantastic thing ever when you are really little. I think it is quite a cruel thing to do to a child, to let them do that, because where do you go from that?” she laughs.

Where she did go was British television, with appearances in shows like Sons and Lovers and Mobile, after which Brittany was offered a part in the critically acclaimed Mrs. Ratcliffe’s Revolution, which went on to win the Audience Award at the Würzburg International Film Weekend. Brittany has since worked on The Crucifixion, Accident Man, and Amazon Prime’s post-apocalyptic love story, Hostile. The latter was a two hander opposite Grégory Fitoussi – “he is a very well respected French actor,” Brittany tells me, “so it was a real privilege to work so closely and freely with him.” The film, which premiered at Sitges and won 20 awards on the festival circuit, was fascinating to work on. “The preparation process was two weeks of improvisation in Paris with Grégory, then a week of training with the GIGN in France,” Brittany explains. “I learnt how to shoot and throw grenades at the police range in Versailles; to knife fight with an ex-op, and I had psychological training which involved crawling in tiny tunnels deep underground.”

Next up, a part in Guy Ritchie’s The Gentlemen, out later this month. She describes it as: “a real classic Guy Ritchie film. Really funny, really pacy, with all the gangster, cockney stuff you’d expect,” adding, “I have always loved his films. It is just super exciting to be part of it.” 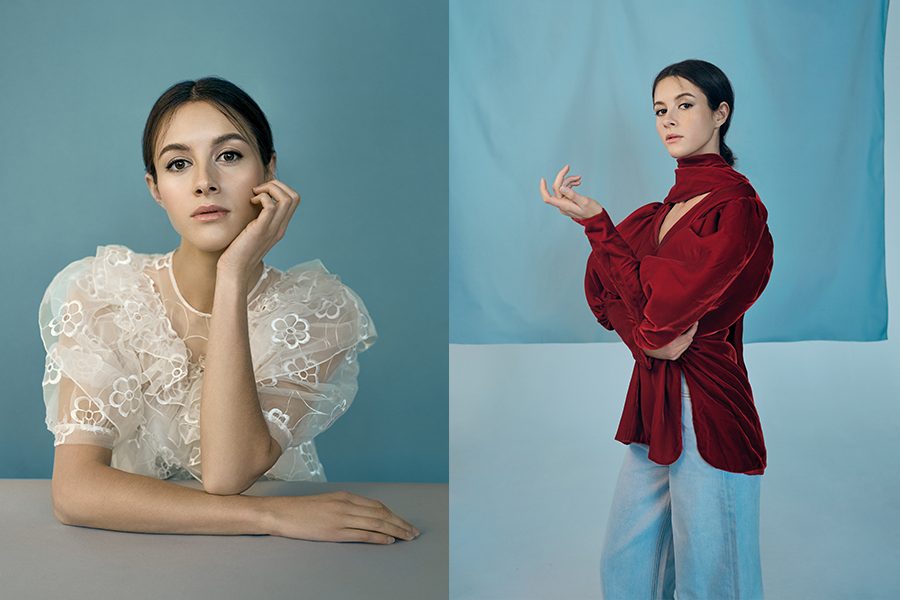 It goes without saying that Guy Ritchie’s isn’t the only big name attached to the project. “It has got a real ensemble, stellar cast,” Brittany tells me. “Matthew McConaughey, Hugh Grant, Henry Golding, and some really fearsome women, too – Lyne Renée… And I was quite lucky actually because I got to work with Kate Beckinsale. You know, she was on the shoot for two weeks and then they reshot some of her scenes with Michelle Dockery, and they are both incredible women to work with.”

I wonder if Brittany felt star-struck. “I think that it is all quite context bound,” she muses. “I once met Cate Blanchett on a train – she just gets regular coach class trains to Kent – and I sat opposite her for the entire journey thinking: Cate Blanchett! Cate Blanchett! Of course I didn’t want to encroach on her space, but when I got to my stop, I heard myself saying to her: ‘Oh my God, you are my favourite actress, you are one of the reasons I wanted to be an actress.’ And I got off and I thought, why did I do that, it’s so uncool!” Work though, is different, Brittany concludes. “I think when you are at work, you have to realise that you are there for a reason, you have been chosen to do the job just like everybody else,” she shrugs.

Brittany tells the story of one of her first encounters with Hugh Grant on the job. “He comes out from doing this scene and he’s all bumbly and lovely – exactly what you expect from Hugh Grant – and he goes, ‘Oh my God, I think I really fucked that up, he’s going to fire me,’” she laughs. “Of course, he hadn’t – he was amazing. But just to see that people like that are nervous, it’s like, uh, ok, it’s going to be fine.”

Having worked on both big budget films – from producers like Miramax, Warp and Warner Bros – and independent films, Brittany explains how different the experience can be. “There is so much money involved that everything is very precise, so you know in the morning exactly what is going to be shot,” she explains. “It has already been blocked out, you know exactly where the cameras are going to be, and you just step on. Whereas some of the other film projects I’ve done – some of them have been partially improvised, some of them have been adhoc indie films where you’ll arrive and find that there is a problem with something that they had anticipated being able to do… It can be totally unexpected, which can be great because you can play with it and see where it goes.”

And then there’s location: The Gentlemen was filmed in London, which meant staying at home – though that’s not always a good thing, Brittany believes. “I think being away from home can really help with the immersive aspect of transforming into a different person. So, when I did The Crucifixion, which was set in Romania and about Romanian characters, the second I arrived on set for that I was able to remove myself. You don’t have that level of removal of being like, right, I’ve got to go home later and do my washing, then my friends want to hang out. You can totally separate from all of that.” 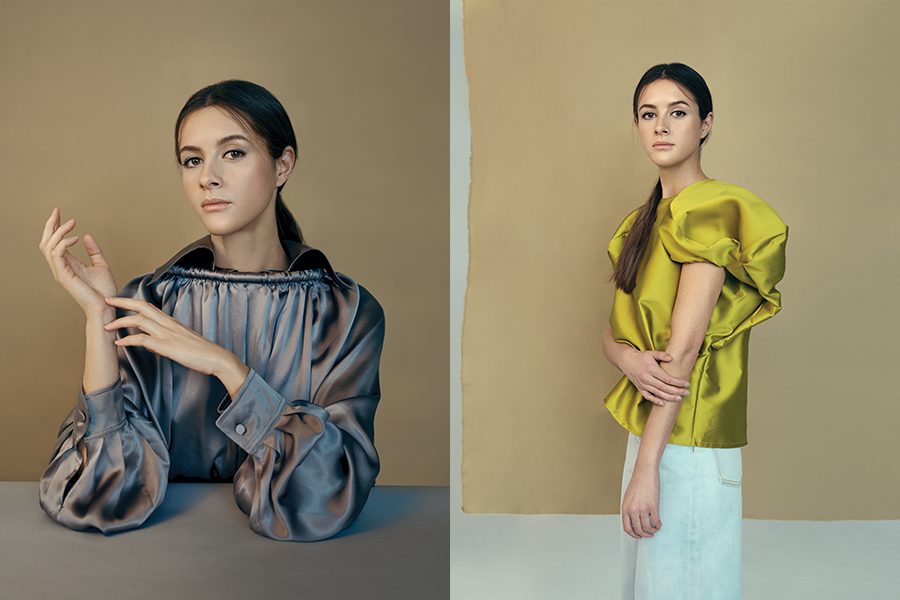 Her next project will offer that sense of separation. “I’m flying out next week to Serbia to shoot a climbing film, which should be good fun,” she grins. “I am doing lots of active prep on that now, because I am playing a professional climber.” Does she feel confident being able to portray that? “I’ve climbed for fun for quite a while because my brother is really into it,” she explains, “and it’s quite a social thing to do. There are some really good places to do it in London: I think my favourite has to be The Castle. In fact, last time I was there, Khal Drogo from Game of Throneswas there. And he can climb!” she laughs.

In terms of future work, Brittany is also working on her own screenplay – an opportunity for her to use some of her other skills. “I have a short film that I am making in January that I have quite a cool cast attached to. It’s just a way for me to be able to sit in the library writing all day really!” she laughs. “It’s about stopping places within the traveller community, as seen through the eyes of two young children.”

Brittany is also keeping her fingers and toes crossed that a project she has been involved in gets the funding to go ahead. “I really hope it gets green lit – it’s in pre production. It’s about the war photographer Gerda Taro, who was the first female photojournalist to die on the front line. And she is just the coolest character,” she tells me. “She was Jewish and fled Germany to move to Paris in 1933, where she met Robert Capa in a park. He began to take pictures of her, and she thought, well actually, I’ve got a bit more to me than this. So he teaches her to use the camera, and miles and miles away from home, she realises that how she can make a difference in the war effort is to document everything she sees around her.”

Photography is close to Brittany’s own heart. “I really feel that London is the richest city on earth in terms of culture. I go to visit one or two exhibitions a week. I’m really excited about the Dora Maar one that is on at the Tate Modern. I take quite a lot of pictures, too – I have got a really nice new camera as a present,” she says. “And I love that you can just step into a crowd and see things that you might never have seen. Like people’s faces… I think that you can get quite fatigued by the number of people, and stop seeing things, so it is nice to step away from that. And it is just good to be on the other side of the camera – I think that with what I do, the more you understand what other people’s jobs are, the better you can be at your job.” It certainly seems to be a strategy that is paying off.