With a stellar cast, fabulous costumes and suspense-filled storylines, there are high hopes for Belgravia, Julian Fellowes’ newest period drama. Not least from Alice Eve, who has been cast in the role of Susan Trenchard.

“You can never predict success,” Alice Eve tells me when we sit down to chat about her latest role. “It is zeitgeist, isn’t it? I certainly hope we entertain, because I believe that my role as an actor is to entertain. I hope we give an escape, because it is not the easiest time in the world…”

Belgravia is no Downton Abbey, though. “I think it inhabits a slightly darker universe. There is definitely more scandal,” Alice explains. Set in the upper echelons of 19th century London, it weaves a tale of secrets, focusing on the Trenchards – a family who have worked their way into aristocratic circles – and a scandal they’re keeping secret.

Alice plays a Trenchard. “Susan is the daughter of a wealthy merchant who marries into the family,” she tells me. “She is faced with navigating quite a difficult group of characters and ends up making some quite out there decisions in order to keep her marriage going and to navigate the problems she faces. I think she is quite divisive as a character, which I liked.” 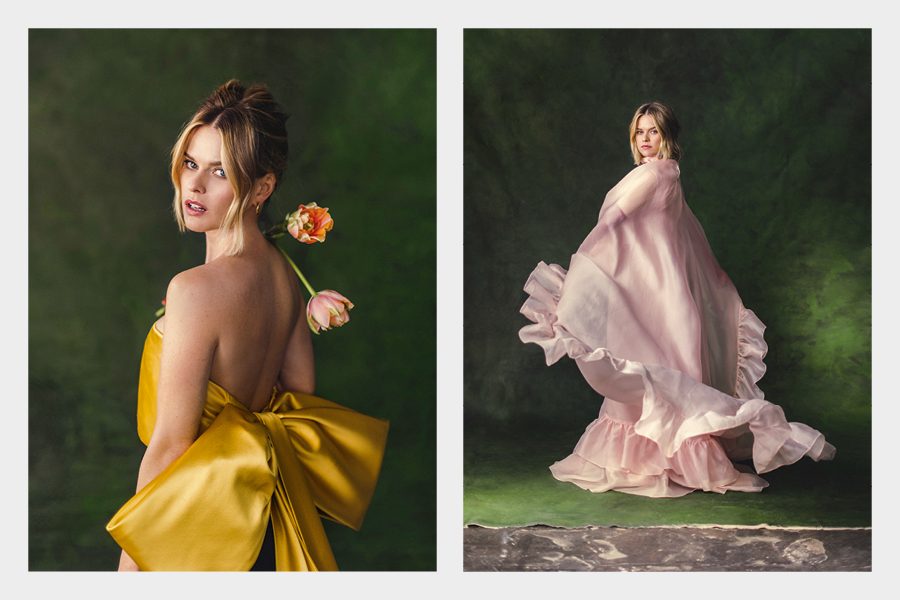 It was, says Alice, an interesting proposition. “I feel like she’s a modern woman in a Victorian drama, she sort of has the balls of a modern woman, and makes the choices that we are all encouraging each other to make at the moment – bold choices,” she affirms. “Julian Fellowes is one of the greatest TV writers of our time, if not in Britain the greatest one. I think being able to play one of his characters, certainly one of his women, was a real honour. He writes so well for women, and that was really appealing,” she explains.

I wonder whether, as the child of acting stalwarts Trevor Eve and Sharon Maughan, it was inevitable that she would end up acting. “No,” she’s quick to respond. “But I think that it is an advantage for the child of any professional to go into that profession, because the chat around that job is in the house and in their DNA,” she adds. “I tried to do other things, but really, you go where you are wanted in life. I was welcomed at the start of my career into acting, and I was grateful for the reception and I was grateful to be given a job. I could’ve tried to pursue other things; I went to university thinking I would, but in the end I went where I was wanted.”

Though Alice may have felt welcomed at the start of her career, her very first steps into the world of acting were not trouble free. She recalls the horror of her first ever audition. “I think I peed my pants,” she laughs. “I decided at 12 that I wanted to act, and I think I did an audition for The Secret Garden, and I literally peed my pants before I went into the audition. I still went in. It was my first feeling of, I don’t know, almost a separation between the body and the mind. I was like, oh that must mean I’m scared, but I won’t be registering that until later…” she admits. Things have got a little easier since then, but there will, she says, always be a sense of apprehension around an audition. “They can be crushing,” she explains. “As we all know, being tested is hard…”

Though her earliest roles were on the stage, Alice has been doing much more screen work in recent years. “It’s funny; my relationship with theatre has changed since I started,” she tells me. “Back then, I loved it. And I’m not sure I love it now. I suspect that I will love it again in my future, but it is certainly not for me right now. I know that when I was at school, I did Antony and Cleopatra, and I vowed at 17 that I would play her, so I think when I’ve got the right outlook, and I am in the right place mentally, I think I would like to play Cleopatra. But it would take a large chunk out of my life, so I had better be ready for it,” she laughs. 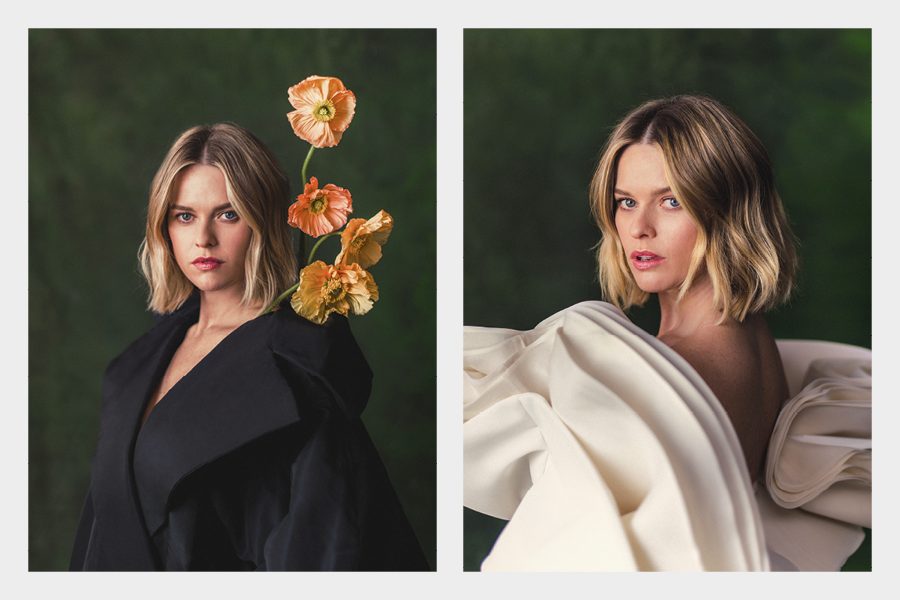 What about on screen? Any dream roles? “Any role that suits the current stage of my life,” she ponders. “There’s a kind of weird synchronicity with acting, in that you live through some kind of pain, and then somebody brings along a story that kind of mirrors it in some way. Or echoes it. Or you’re doing a role and you think, oh my God, this is happening to me in real life! So as long as art and life kind of match in some way, you can bring truth to it, and you understand it. Then there is almost a sense of release, a catharsis, like a therapy to the job.”

That’s professionally, but how does she find release outside of work? She has, she tells me, enrolled with the Samaritans. “That does sort of feel like a joke thing to say, but as we move out of our welfare state, or out of our completely secure welfare state, I do feel that philanthropy is going to become increasingly more important in our country,” she explains. “I think that if everybody takes on a bit of a philanthropic role, whether that be buying a cup of tea for a homeless person, or volunteering, or donating money, or whatever they can do, I think that is really important, because the world is changing so fast, and we have to change with it.”

Aside from the voluntary work, release comes, she believes,  from being able to wind down successfully. “I am a great fan of the confluence of all of the schools that we have access to, whether that be Buddhism or meditation or acupuncture. Any of the doctrines that history has taught us; I engage in all and anything that is kind and gentle to the body and the soul. I am quite open to things like that,” she tells me.

Which is not to say that she is entirely Zen 100 per cent of the time – she admits to being susceptible to the usual distractions. “The screen versus the book is a relationship I am struggling with at the moment,” she nods. “I will watch the bloody Instagram scroll for an hour and I could’ve read a whole book in that time. You really have to instil discipline in yourself.” 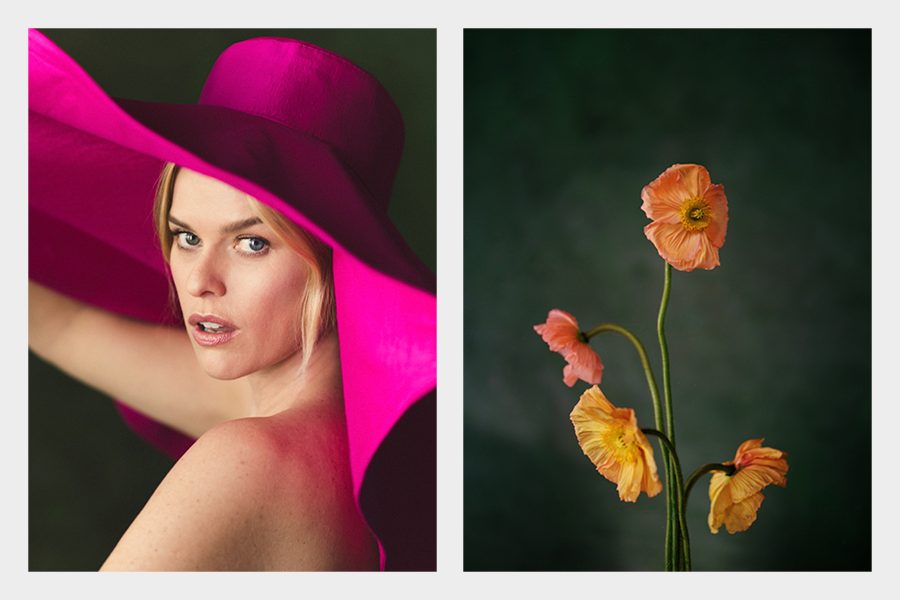 Something that does help to instil discipline is her dog. “He helps me to relax,” she reveals. “He is here with me now, farting away. He’s called Buddy. I love to walk him; we have got great parks – Holland and Hyde. And he likes the coffee shop where they give him biscuits. I miss him when I’m away for work. It’s difficult…”

He is not the only thing she misses about London when she’s not here. “I miss the people,” she declares, “because people in England, and London especially are so diverse and so aware and so open, I find. And so informed that it can be a very stimulating place to live. There is always something to do here. I just finished the latest issue of the New Statesman, which told me to go and see the Steve McQueen at the Tate Modern and the Tom Stoppard play, Leopoldstadt, and I am going to do both of those. Mostly I like to just find myself in somewhere like the Serpentine Gallery. And I guess I like the river, I like tracking the river, walking it.”

Having spent quite a few years in America she is now very happy to be back in London. “I am renovating a house at the moment, in Holland Park,” she reveals, excitedly. “I am looking forward to moving back into that. We are hoping that it will be done by mid June. It is going to be very French, very rich, sumptuous fabrics and colours. It should be cosy.” Is she constantly on Instagram looking for ideas, I wonder. “No, I am so terrible at it,” she laughs, “that’s why I need help! So that I don’t need to look at ideas; and it would just be another excuse to look at the screen!”

Belgravia is now showing on Sunday evenings on ITV