With her eponymous luxury home fragrance brand, Victoria Cator’s dwelling naturally smells divine, but this is not the only assault on the senses. The perfumer lives in a glorious five-bed house that sits pretty in one of London’s most sought after conservation areas, and it’s filled with opulent textures, bold prints and arresting artworks. The property, set over four floors, is formed from two original mews houses, and has seen various extensions over the years, “including some 1970s additions that would never be allowed today,” Victoria admits. She bought the house over three years ago and shares it with her two grown-up sons, “who come and go”, Victoria has implemented a complete makeover that saw the house sympathetically restored to be in fitting with the other Georgian houses on the road. “I fell in love with the cobbled street and the width of the property,” she says, and it’s clear that as a property purchaser, Victoria leads more with heart than head – a strategy that’s more than paid off here. “Often, it’s just a feeling,” she explains. “When I was looking for a house I really wanted a garden. Mine only has a terrace, but the overall vibe was so good I was willing to forgo a garden.” 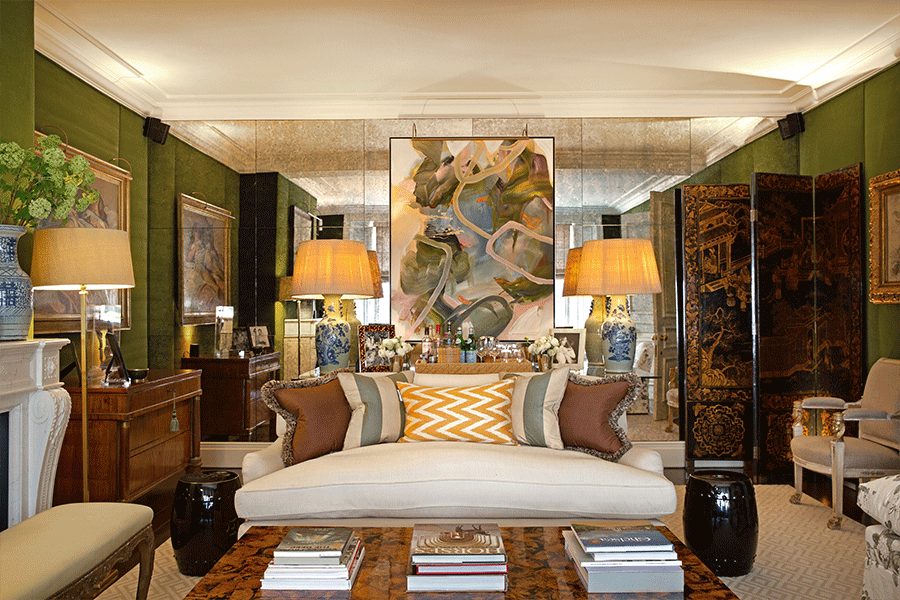 Indoors, scent is of utmost importance to Victoria, who uses her superior nose to match mood and ambience with her carefully curated décor. “In the world of design, the ability to engage with the senses is crucial, and one’s sense of smell is no exception,” she says. “The use of scent in the living and working space enhances the décor and has a positive effect on how we feel.” Victoria’s olfactory moods change from woody to floral depending on the time of year and even time of day. She has a knack for matching colours and textures, too, with wallcoverings and upholstery often playfully paired: her forest green velvety walls echo the fabric of an antique armchair, while a corner sofa blends seamlessly with the red and white jacquard print wallpaper behind it. “It’s Lotus Palmette by Soane,” she confirms. 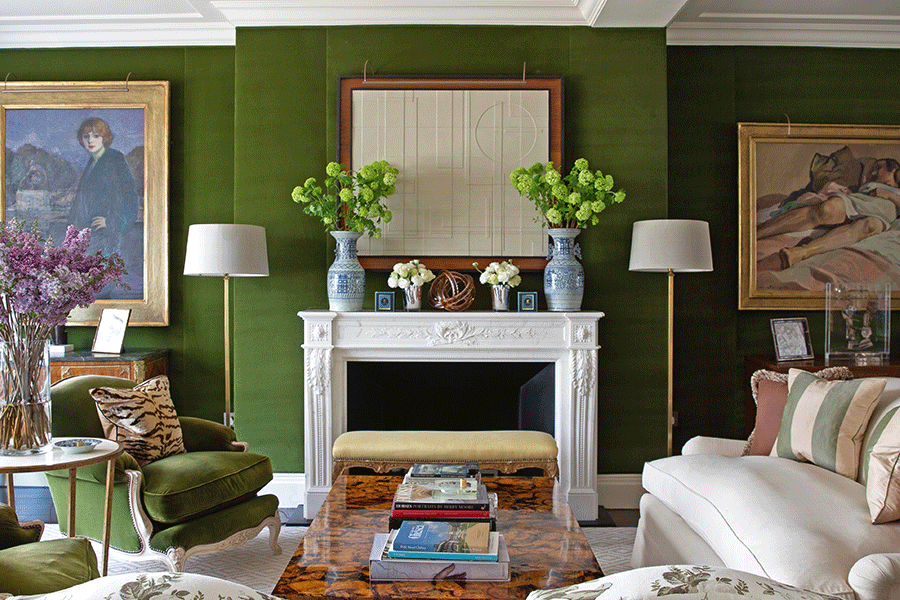 Victoria describes her interiors style as “classical with a minimal twist”, but there’s a fair dose of English whimsy in there, too. However you label it, each room has undoubtedly been put together with a lot of thought. “There is sometimes the temptation to gild the lily, when actually a less is more approach achieves a much more inviting space,” she says. There are no gilded lilies here but rather cut flowers in their natural glory everywhere you turn, adding a splash of colour, yes, but also, fragrance.

Is character important, too? Period features, a sense of history? “I love a bit of character,” Victoria confirms. “Quite often you come across a property that’s actually devoid of any character or period features but, with clever design, you can create a space that reflects a sense of history, even in the most contemporary of spaces.” Victoria’s antiques collection features some very special furniture pieces from yesteryear: “I’ve been lucky to have had some pieces passed down from my family,” she says. “My favourite is a 19th century French backgammon table, which sits under the window in my sitting room. Everybody who walks into the room is drawn to it and immediately feels the urge to sit down and throw the dice!” Add to this Victoria’s eclectic mix of modern and classical artworks and you have character in abundance. 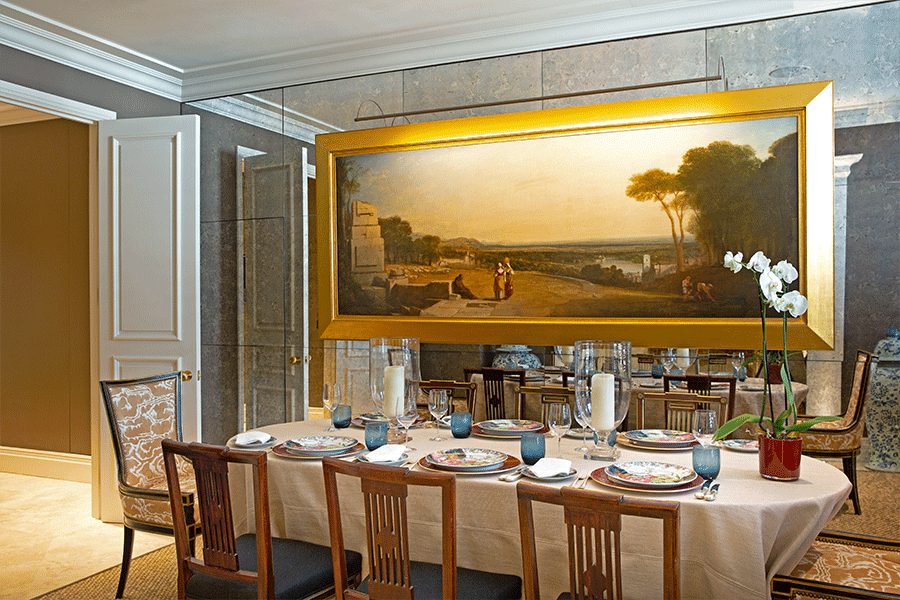 “My favourite picture in the house is a painting by Vicente Puig, which reminds me of my parents and my childhood.” The perfumer has her favourite go-to brands for décor and her taste is to be admired. The likes of Claremont feature for their fabulous fabrics: “They’re timeless and their colour palette has a sense of bygone glamour,” she enthuses. “I also adore Soane for their style of classical simplicity. Their collection of wicker furniture and accessories, along with their wallpapers and fabrics, is second to none.”

Victoria’s favourite spot in the house is her study, positioned quietly at the back of the property, and offering a dual functionality as both office and sitting room. “It makes for a very calm working environment,” she smiles. It is from here, no doubt, that she’s inspired to think up her next move for the brand: “I’m very excited about the launch of two new fragrances coming out this summer,” she says, “along with a range of diffusers and room sprays. I’m also in the process of developing my first eau de parfum, which I hope to launch in 2020!” Watch this (floral) space.