As a writer, Joanna Thornhill isn’t a fan of the overused ‘eclectic’ but concedes that it is, perhaps, the most appropriate word to describe her style. Her London home is, after all, filled with a mix of vintage finds, mid-century design classics, and quirky contemporary artwork. “I favour real, lived-in, imperfect spaces over anything immaculately designed and perfectly co-ordinated,” she explains. “I’m quite more-is-more, though despite my interiors looking pretty busy at first glance, I’m super organised and have to have everything in its place. I find mess stressful, though, conversely, spaces which are too sparse make me feel anxious, so it’s a constant balancing act!” 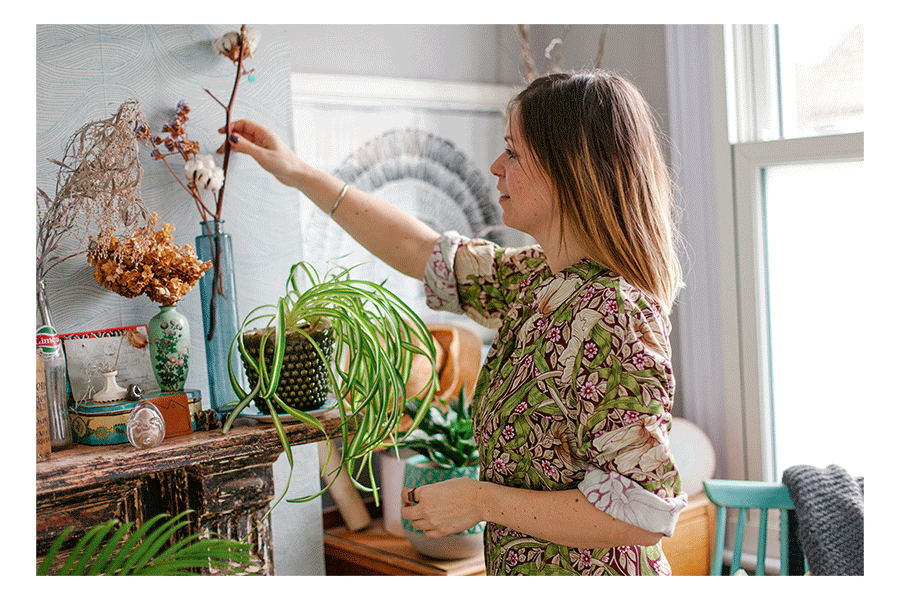 Aligning stress and anxiety – or a lack thereof – with the way our homes function is a pertinent area of interest for Joanna, who this month releases her fourth interiors tome, The New Mindful Home. The book encourages us all to slow down and embrace a more considered way of living, whether that’s by bringing nature indoors, adopting responsible consumer habits, or discovering our buried passion for patchwork quilting. “At the start of the first lockdown, I redecorated our spare room to become a very calming, tranquil space to use for meditation and yoga, but to my surprise I found its relative emptiness somewhat stifling,” she says. “So I ended up filling it with colourful artworks and a giant pinboard full of my favourite art postcards and prints. Often people equate a mindful space with a minimal design, but it’s a very personal thing. For me, being surrounded by loads of things I love is actually more relaxing than a monastic-style space.” 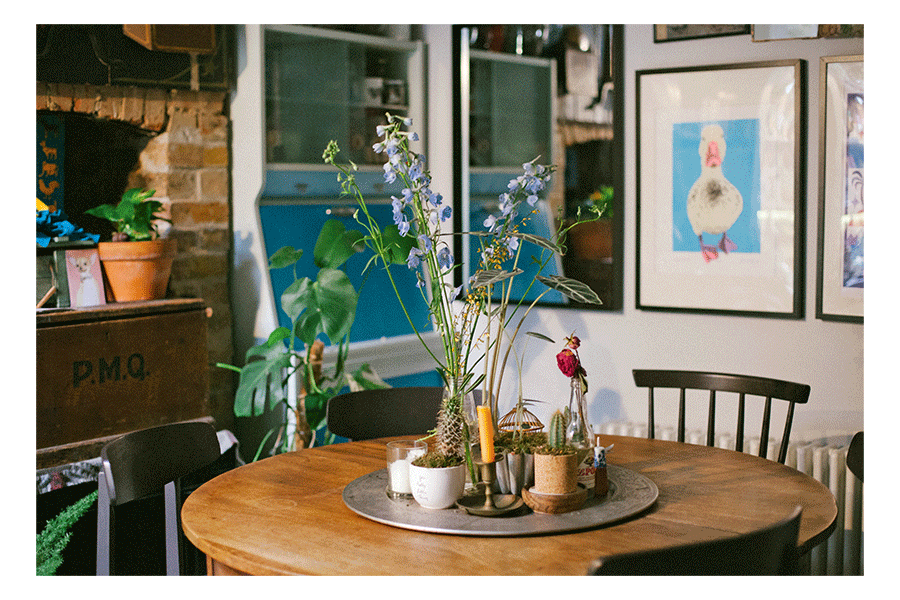 Joanna’s home is demonstrably lived in and loved, and that comes through in every thoughtfully placed furniture piece and curated object with a story behind it. When it comes to her preferred architectural style it’s little wonder she plumps for period, every time. “Character is super important to me: that tangible connection to the past is such an intrinsic part of being human, and in an older property you can really get a sense of that, with all its quirks and imperfections,” she says. The house was a buy-to-let property before Joanna and Paul moved in, and she describes it as the perfect doer-upper – one that needed a top-to-toe overhaul, but not a total house of horrors. “Everything in it was cheap and falling apart, yet it was perfectly liveable while we slowly worked our way around replacing everything.” 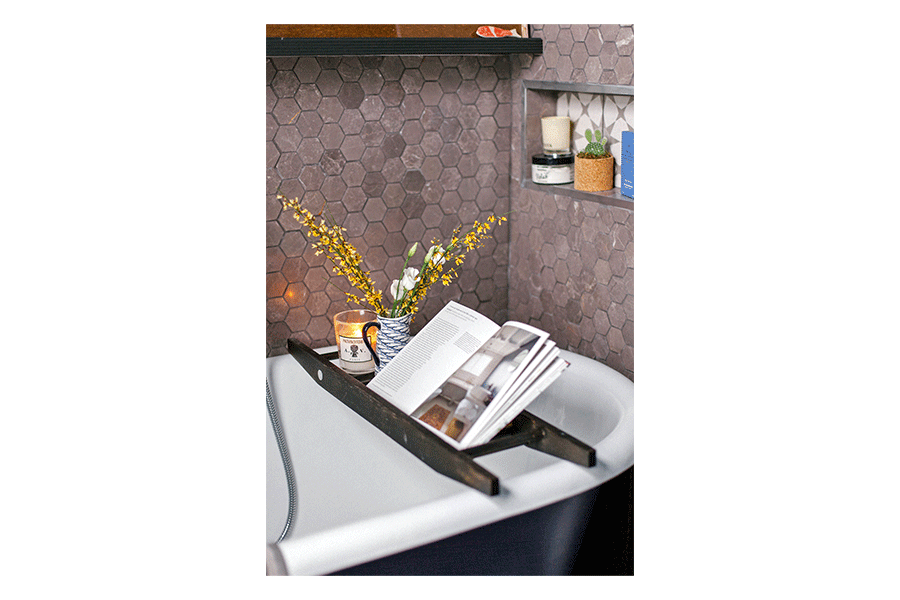 In the process of the makeover, Joanna unearthed a few hidden gems, the kind you’d only find in a property of a certain age, and these have been lovingly incorporated into the current décor. “I was overjoyed to discover a hidden wood-panelled wall in our dining room, and during our kitchen renovation, our builders found loads of old beer bottles, pickle jars and newspapers under the floorboards, dating back around a century. I was so enamoured with them we installed an additional shelf to display them all on, much to the builders’ bemusement.” She also goes on to describe the swathes of original wallpaper hidden behind the offending ’70s woodchip, some of which she was able to salvage. “A lot was very badly damaged, but I decided to retain a feature panel as I couldn’t bear to cover it back over. It’s not to everyone’s taste, but for me, it’s an integral part of our home and I love taking a pause to think about how it would have looked in all its original glory.” 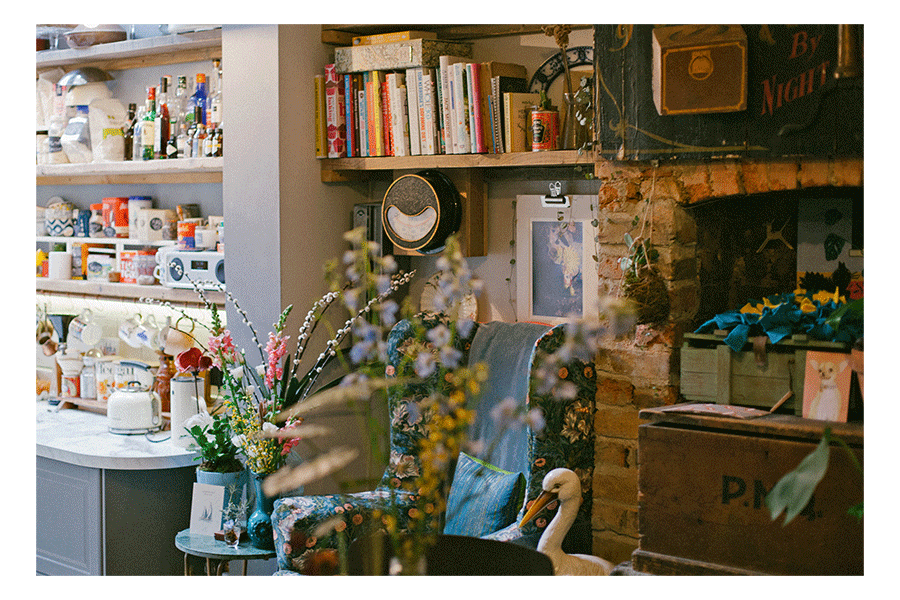 Collecting interesting accessories, soft furnishings and larger furniture pieces is second nature to Joanna, whose keen eye for colour and pattern is evident throughout her home, from the William Morris-clad wingback to the bright vintage tea tins holding dried hydrangeas. “The look and style of my home tends to gradually evolve, as needs change or I decide I’d like to use the space a little differently,” she says. “I favour decorating with pieces which either hold sentimental value, such as hand-me-downs, or items procured on holidays or special trips, alongside lots of vintage and handmade pieces: everything tends to have a similar vibe about it and it all just sort of works.” 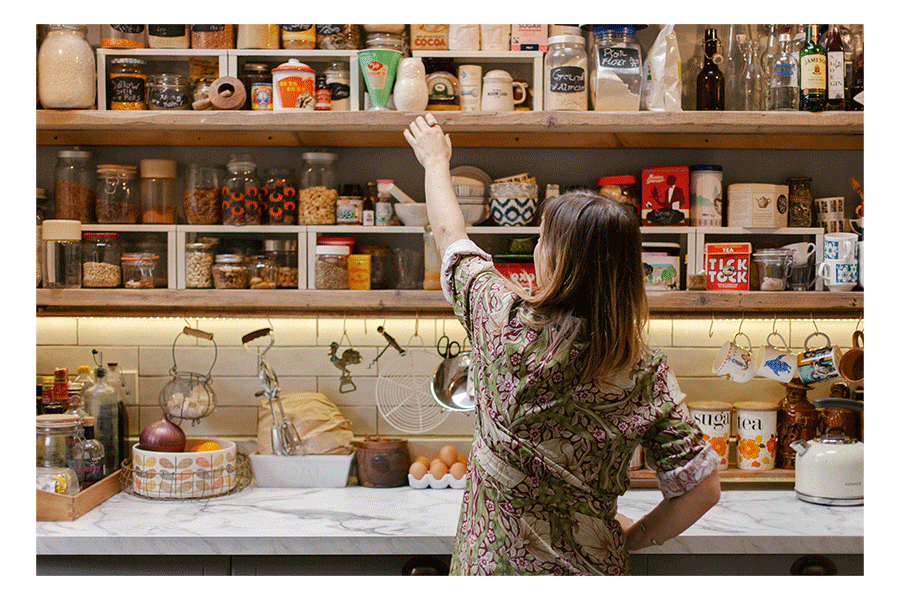 Joanna’s best thrifty find is a Victorian wooden sign, believed to be an old theatre prop. “A downstairs neighbour was throwing it out and I spotted it out of my window and ran down to ask if I could have it,” she says. Her most extravagant? The Ercol Originals loveseat, which she bought new in the knowledge that it would eventually become an heirloom. “It felt like more of an investment than a purchase,” she justifies. One thing’s for certain, nobody will love it more than its current owner.

The New Mindful Home: And How to Make it Yours by Joanna Thornhill, £14.99, published 15 April (laurenceking.com)