On entering the stucco-faced mansion that is the London Résidence de France – the reception rooms arranged en enfilade as is tradition – we are guided from one room to the next to behold three collections from the Pierre Hermé macaron range, and allowed to enjoy the sweeping vista of Kensington Palace Gardens (no sign of the little Prince) whilst tasting the exquisite flavours of this season’s selection. Such a setting was perfect to complement the explosion of flavours, both subtle and sublime, with crispy shell and tender interiors, elegant little pieces of heaven that are, if you haven’t guessed, macarons. Almond macarons are made with Italian meringue, not French, as Pierre himself admitted; Italian meringue uses boiling sugar syrup instead of caster sugar, making it much more stable and giving the macaron that wonderful crispiness, which may explain why some of us home cooks can’t quite master this particular treat! 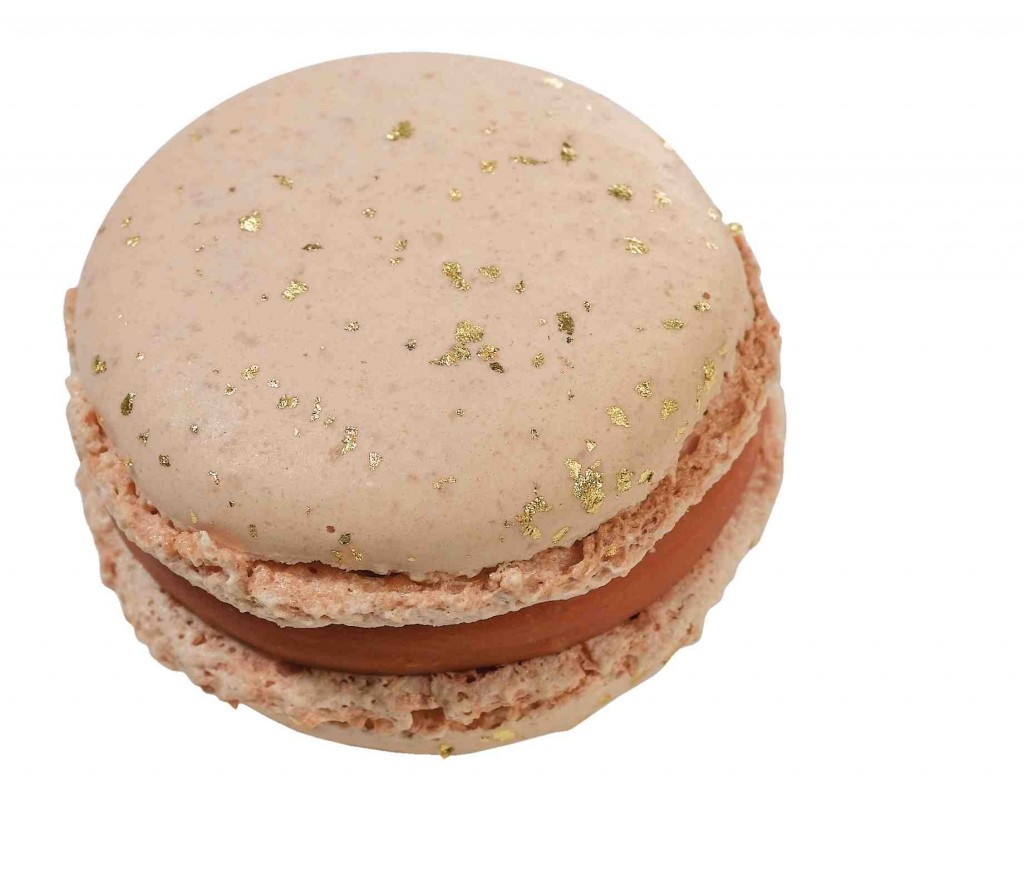 The first collection, Fetish Ispahan, displayed on a table covered in red roses (Ispahan is a fragrant species of rose, originally from the Middle East), is a range of confectionary, not just macarons, but pound cake, jam, granola, paté, and even tea, flavoured with his signature rose, raspberry and lychee. All of which have inspired the Ispahan macarons. We know this as we got to taste the Cake Ispahan macaron, and the Caramel Ispahan, both of which were raspberry pink in colour, the sweet rose cream merging with the floral note of the lychee, and meltingly delicious. 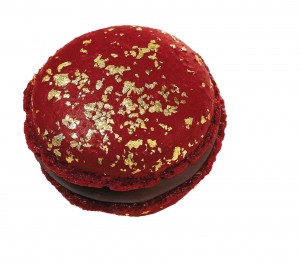 The Christmas collection (available from October) displayed traditional flavours with some intriguingly different infusions. Macaron Truffe Blanche et Noisette contained bits of roasted Piedmont hazelnuts with white truffle cream. Macaron Églantine, Figue et Foie Gras did have a hint of the meatiness of foie gras but this was so subtle alongside the wild rosehip and fig cream. Other Christmas flavours to indulge in were marrons glacé, quince juice, gingerbread, and rum.

Most eloquently placed in the bay window overlooking the garden was the Les Jardins selection. In glass dome display stands were the macarons, whose flavours were inspired by the garden. Here, the ‘flavours are joined in marvellous combinations, like the fragrances blended by a master perfumer… the freshest of flowers, exquisite spice, sensual fragrance’. Whilst we were wowed with flavours such as citrus fruit, espelette pepper and lemon (Jardin Subtil – definitely our favourite), coconut, ginger, lime and fresh coriander (Jardin sur la Baie d’Ha Long – a sweet Thai-inspired treat), and pumpkin and corn (Jardin d’Automne – not what you would expect, we promise!), the star of the show was Jardin Mystérieux, a black and raspberry pink macaron, whose flavour nobody knows. Pierre Hermé denied all knowledge of its ingredients, but we suspect he knows of course that it is, judging by our humble palates, rhubarb and liquorice – who will guess the true components?

Pierre grew up in Alsace in Northern France, where the production of these luxurious treats continues. He became an apprentice patisserie chef at the age of 14, and opened his first Paris boutique in 2002. There are now six in Paris, seven in Tokyo, and (lucky us!) one in Selfridges, with his first flagship London boutique at 13 Lowdnes St, SW1X, in Belgravia.

Also available from Pierre Hermé London, a stylish handbag in six colours, inspired by Hermé’s world of taste, pleasure and sensation, designed by Barbara Rihl, a replica of which you will be able to take your sumptuous treats home in. What more could we wish for?

Thank you to Monsieur Hermé, and His Excellency, Monsieur Bernard Emié, for their hospitality.