With the main weekend of the Pride Festival coming up, how about doing your bit for charity, and being in with a chance to win a limited edition bottle of Absolut Mix? This year, for Pride in London, Absolut have partnered with UK’s leading lesbian, gay, bi and trans equality charity Stonewall and collaborated with a variety of artists who have given the bottle their own very cool design twist. These one-off editions will be auctioned via Givergy with all proceeds going directly to support Stonewall. So pour yourself a vodka and tonic, hope for the sun to come out, and click away for a cause to be proud of. Hurry though, as bidding ends on Saturday evening! Absolut Mix is now available at supermarkets nationwide, £21.99. In addition, a percentage of profits taken over Pride weekend from sales at Selfridges’ Oxford Street store will be donated to Stonewall. 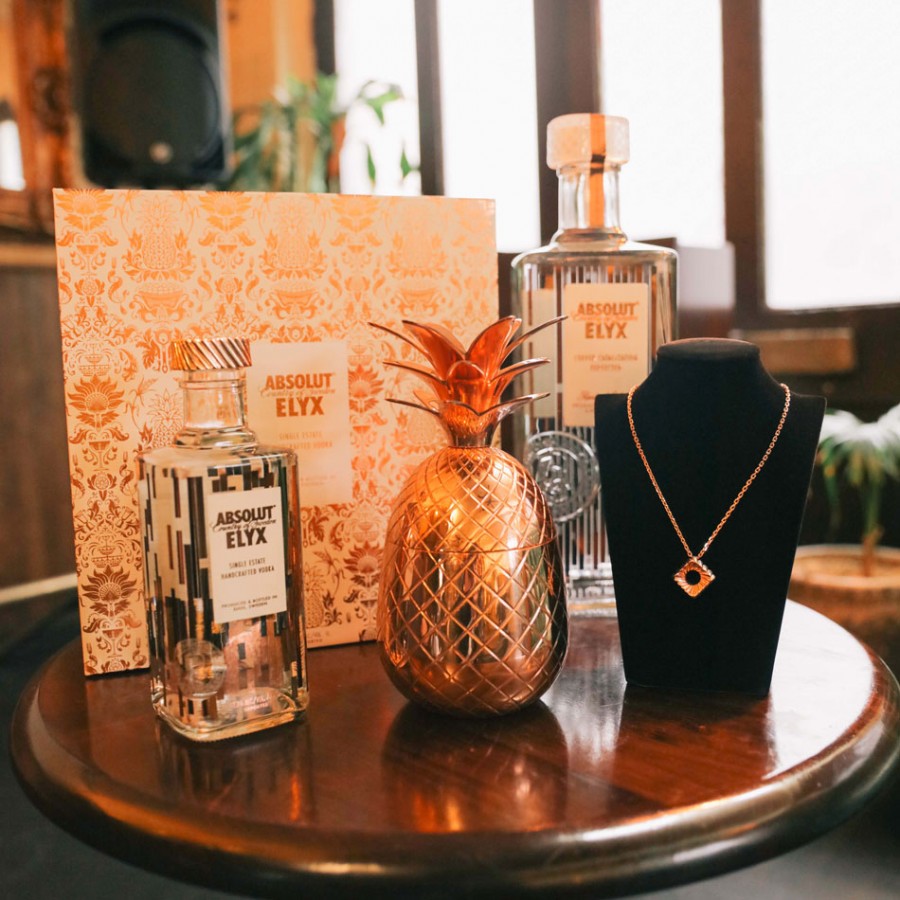 Absolut haven’t stopped there on the charity-front though. Oh no. Bring in award-winning jeweller Dominic Jones, the beautifully bottled Absolut Elyx, and five bespoke, handmade bottle toppers and matching pendants, and you have another amazing cause to get behind. The limited edition collection will be sold along with an Elyx pineapple serving vessel, with 100% of proceeds from the sales donated to charity Water For People. The collection will be available for £2,000 at SHOWstudio. The collaboration celebrates a five-year partnership between Absolut Elyx and Water For People, who have joined together on a mission to bring access to safe water to over 100,000 people worldwide. In fact every bottle sold of the Elyx will provide access to one week of safe water (140 litres) to someone in need through Water For People’s work. Something you and your drinks cabinet should be proud of.