With a CV that includes two Michelin-starred restaurants (Murano and Galvin La Chapelle, since you ask) and the job of head chef at Babbo aged just 26, Carlo Scotto’s culinary credentials are impeccable. Which is why we were so excited to be sampling the 10-course tasting menu at Xier, his first solo venture. We were not disappointed.

Billed as “modern European with global influences,” Xier’s menu finds its cues in countries as diverse as Peru and the Philippines, taking in Scandinavia and Japan along the way. But there was nothing random about the exquisitely presented dishes that arrived at our table. True, the pairings were bold – salmon and foie gras, red prawns and raspberries – but the flavours were always perfectly balanced. 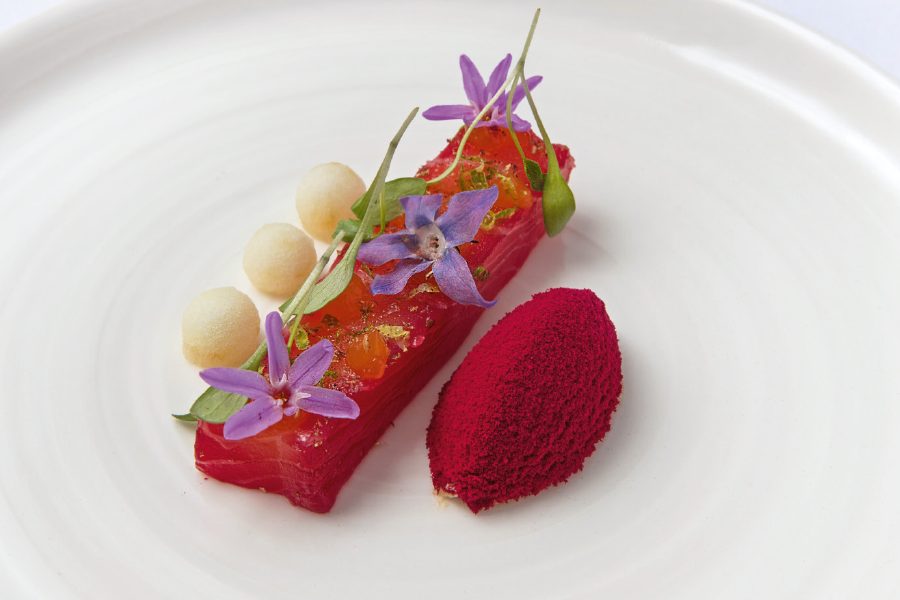 The Scandi influence is evident in the cool grey and neutral tones of the décor in the upstairs dining room, which is only open in the evenings for the tasting menu. And it was echoed in the shot of pine, lemon, mint and cucumber water we were offered as a palate cleanser.

The tasting menu kicked off in style with a glass of Canard-Duchêne Champagne that formed the perfect counterpoint to honey-drizzled stracciatella with wild strawberries.

A trio of starters included red prawn crudo with red caviar and yuzu; beurre noisette gnocchi served with warm kombu tea and rose-cured salmon boldly partnered with beetroot dusted foie gras – a real crowd-pleaser. There was a nod to food as theatre, too: beetroot and goat’s cheese macarons on liquid nitrogen — a dish that begged to be photographed. 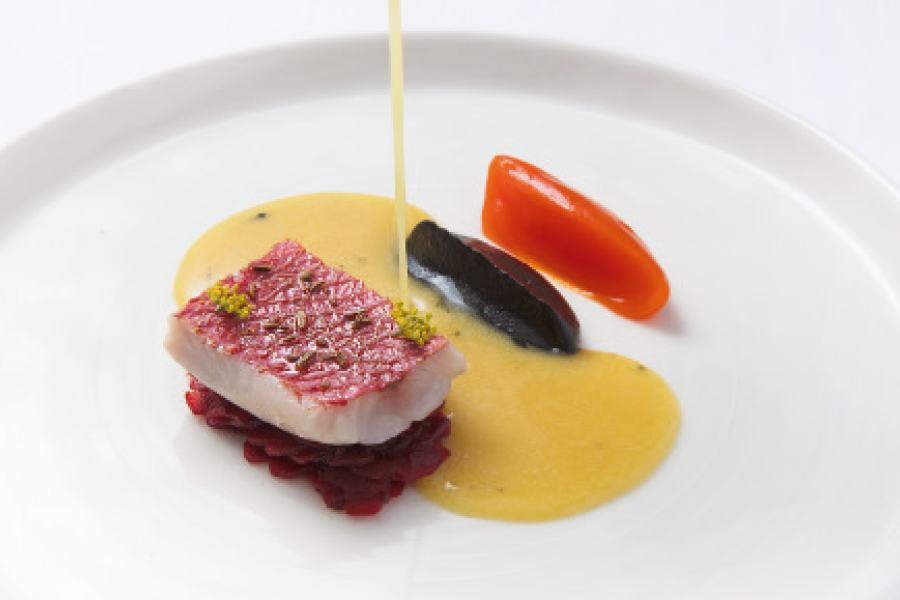 The fish courses were just as impressive: red mullet with the wondrously named leche de tigre (a Peruvian marinade) and a melt-in-the-mouth black cod in caramel miso. Beef cheek and pigeon followed, the former deliciously unctuous, the latter cooked to pink perfection. A seriously chocolately dessert selection, with a hint of rhubarb, brought the meal to a close.

With such spectacular food and truly seamless service, we have a hunch that Xier might bag a Michelin star of its own. Watch this space.
13-14 Thayer Street, W1U (020 7486 3222; xierlondon.com)