Say hotel restaurant and I think Fawlty Towers, the hapless Torquay boarding house, beloved by 70s sitcom fans. But London is a different world. When The Arch in Marylebone became the Prince Akatoki, the hotel’s popular British-themed restaurant was rebranded as the Japanese-style eatery TOKii.

On a Friday night it is full enough to feel buzzy and we stop at the Malt Lounge & Bar for a cocktail and an analysis of the décor. It gets the thumbs up from my friend, The Architect, who approves of the restrained elegance, the Japanese-influenced dark wood and minimalist detail. The bartender doesn’t approve of her drink choice though; it’s not one for the ladies, he tells us, and I check the date before opting for the signature Sunset from the Five Elements menu: Roku gin infused with physalis and ginger syrup, hibiscus and yuzu. It’s as pretty as it sounds and as refreshing as it looks. Sakes star, but the list is awash with eclectic fusion: kumquat wasabi jam, Suntory Toki whisky, chestnut liqueur.

Easy on the eye is a theme that runs through the menu; presentation is impeccable. Designed to be shared, dishes are small, but flavours are complex. The Architect is used to eyeballing and can see that we are going to need to divvy up the last piece of the yellowtail carpaccio with green peppercorn dressing; a single chopstick slides through the tender fish like warm butter. Beef tataki melts in the mouth while the accompanying Jerusalem artichoke discs lend satisfying crunch. Tempura is hot and crisp to the bite, just as it should be – we try the shrimp and the mixed vegetables. I feel the fusion coming on with the irresistible crispy pork belly paired with apple and Japanese mustard coleslaw; but nothing is out of place. We’re back on the Asian track with succulent cubes of pink Barbary duck alongside sesame greens dressed with honey and soy.

Saving space for pudding, we don’t try the sushi and sashimi, but given the quality of everything else we’ve eaten it’s a minor regret. Instead I jealously guard the chocolate fondant while sneaking a taste of the crème brûlée. We are reluctant to leave, and the enthusiastic maître d’ presses a plate of petits fours on us. Bite-size nibbles include an incongruous flapjack and it is the first time I feel I could be in 1970s Torquay. But décor and food alike, TOKii is pretty, modern, tasteful and taste full. 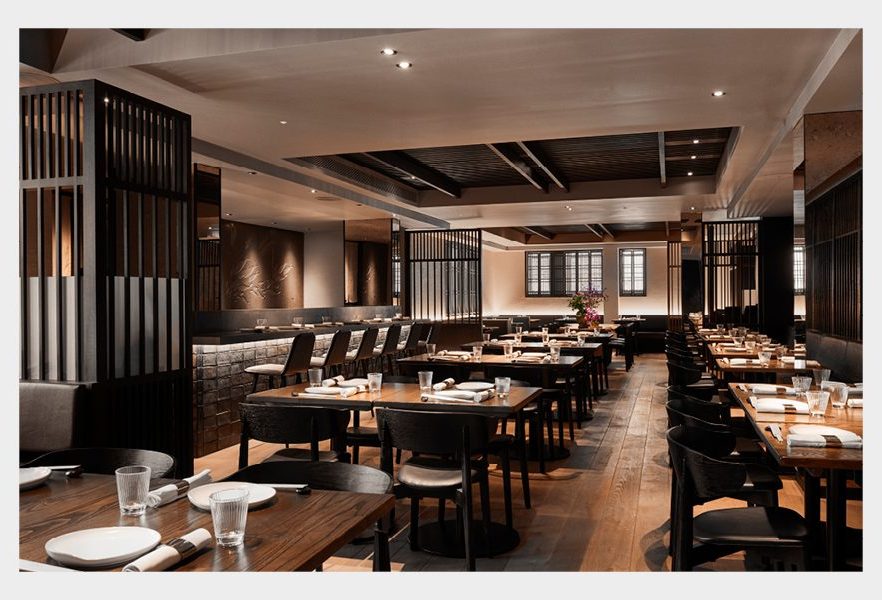 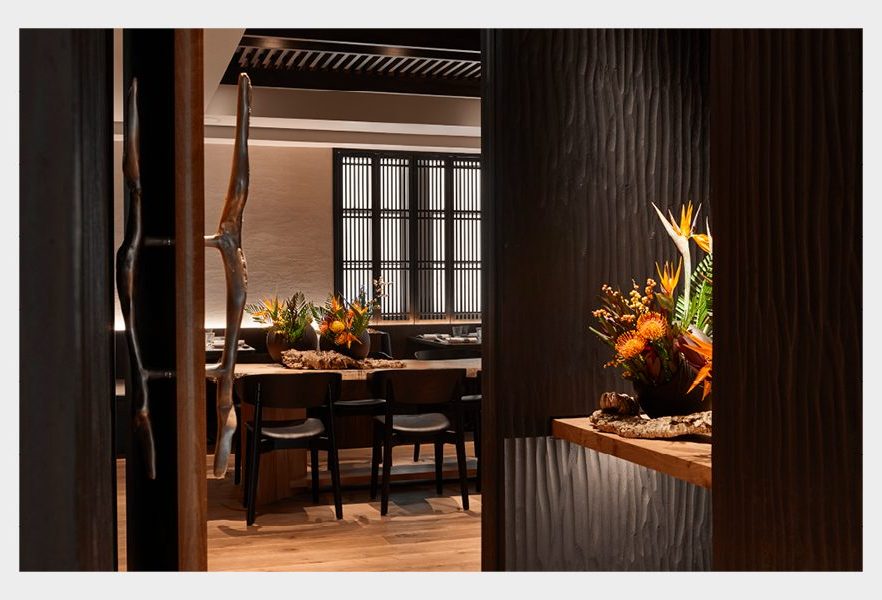 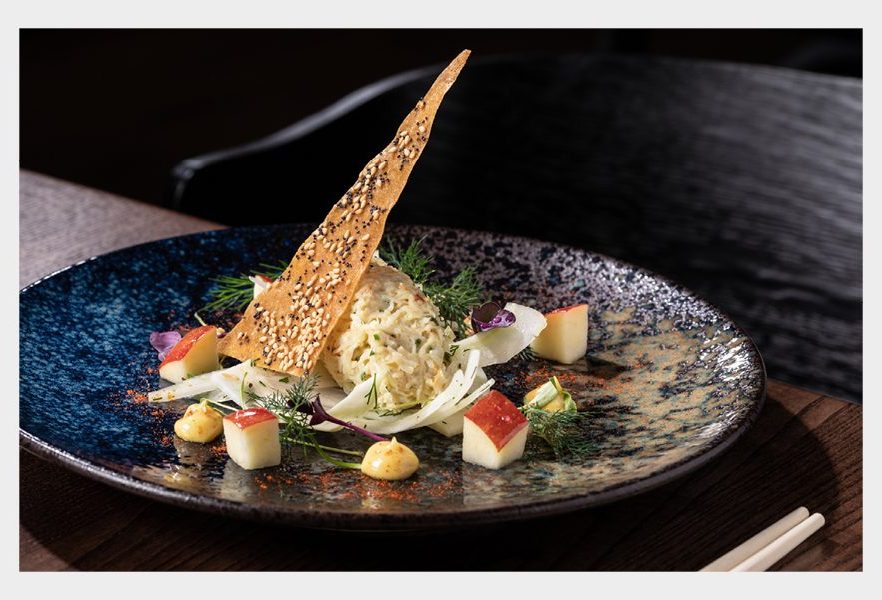 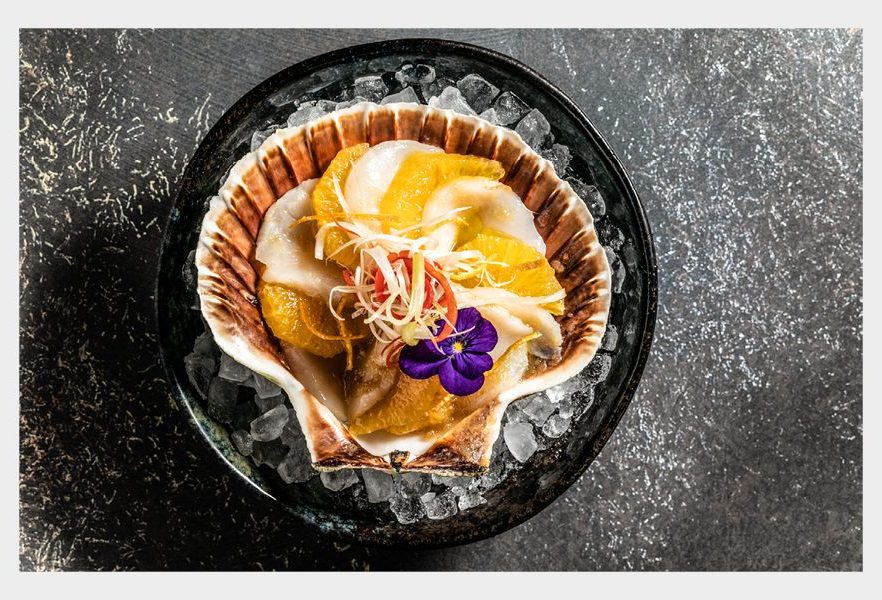 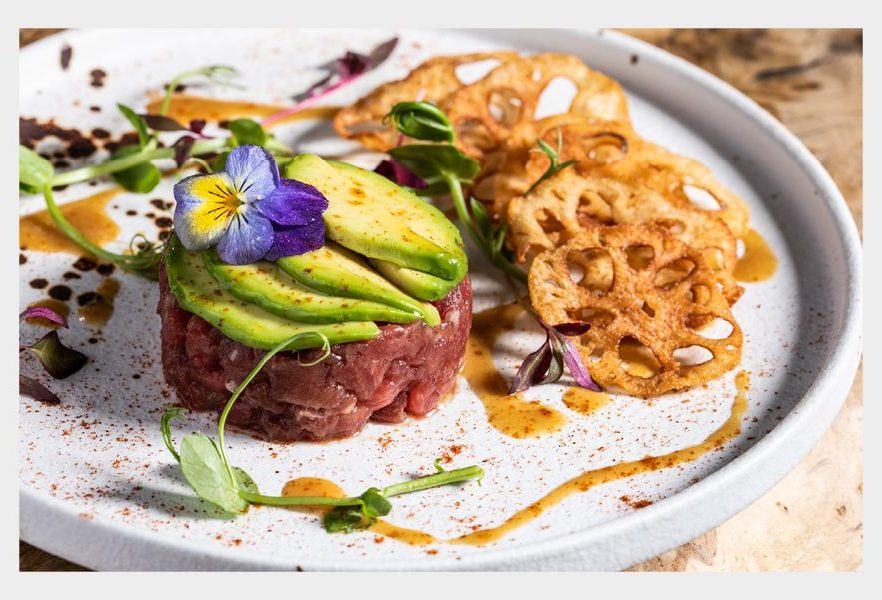 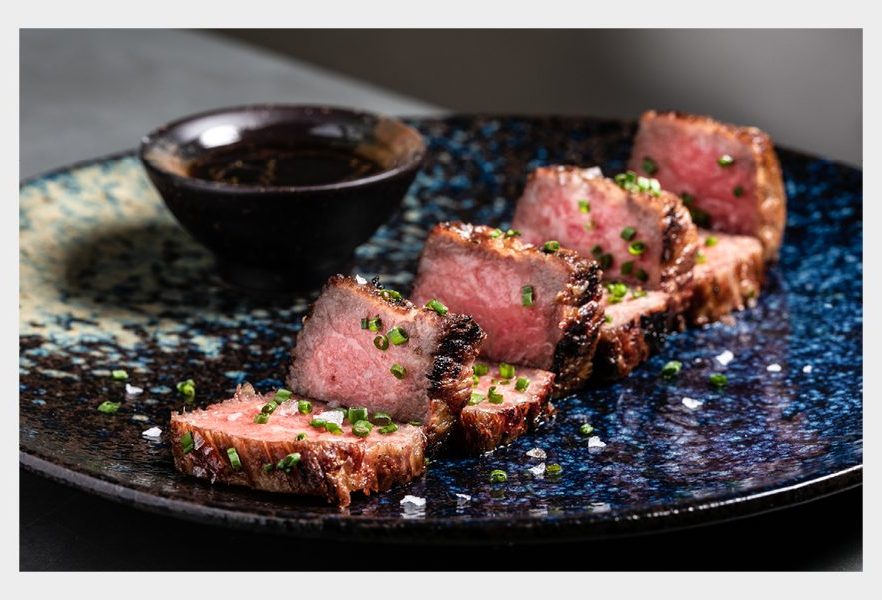 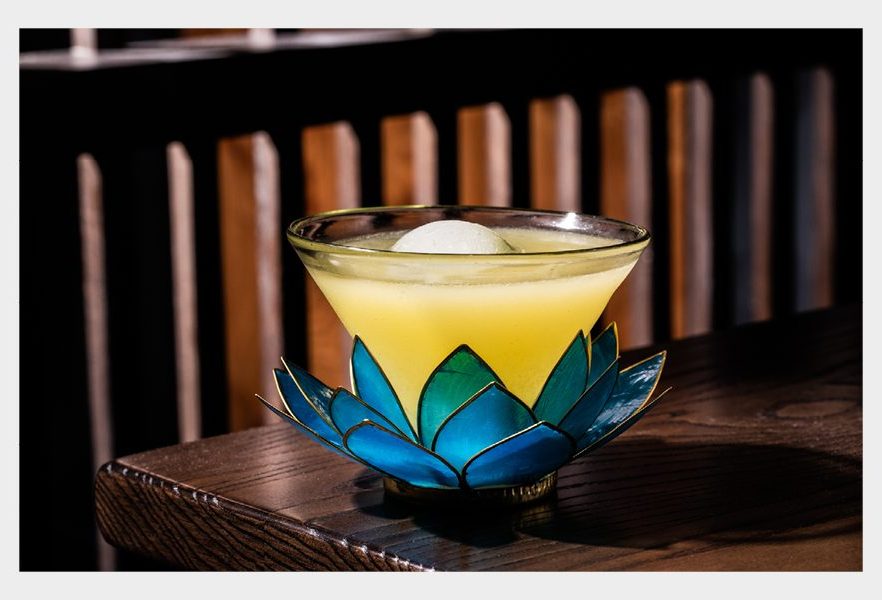