Back in 2017, locals including Eddie Izzard, Paul Simonon, Cerys Matthews, and my dear old dad were fighting to save the 150-year Kensington Park Hotel. One of the Capital’s oldest live music venues, it hosted Tom Jones’ first ever London gig and was also a favoured hangout of The Clash in the seventies, but it was facing an uncertain future in the hands of its new owner. Eventually, Harcourt Inns (of The Coach in Clerkenwell and The Hero of Maida) stepped in to save the venue and it has just reopened with ex-St. John chef Ruairidh Summers overseeing the new food menu.

Everything has been beautifully refurbished with a lively pub area downstairs (which my dad would be delighted to see is offering live music nightly) and an elegant upstairs dining room. Designed by Liana Braune of Zaffera London, it features red leather banquettes, dark panelled walls and dramatic velvet draped windows. The menu is small but well thought out and it doesn’t take us long to greedily make our selections. I start with the mysterious ‘duck egg mojana’, which transpires to be toasted ciabatta topped with a fried egg and herby air-dried tuna. It is unusual but so, so tasty. My partner’s delicious Hereford beef fillet is served à la carpaccio – rare and thinly sliced, tossed with anchovy and dill. 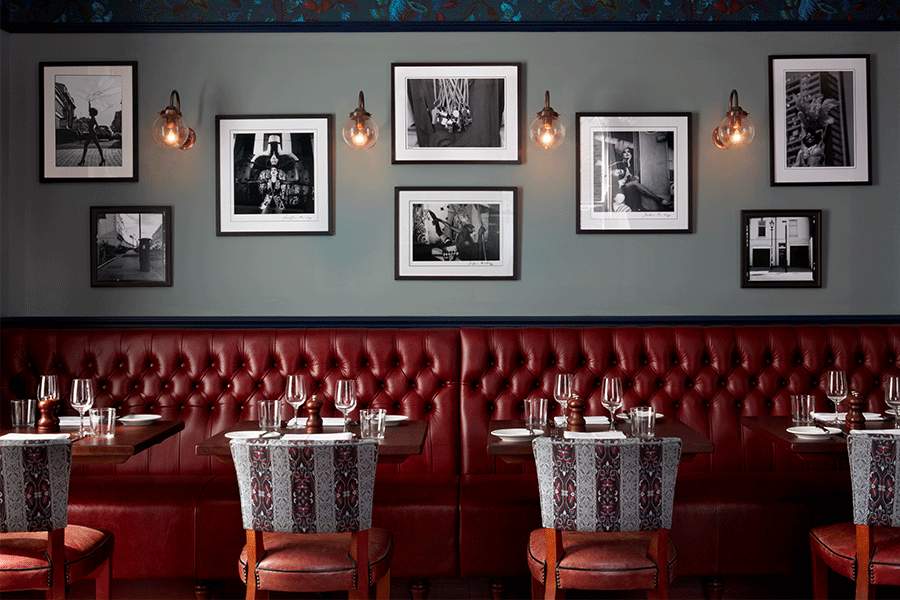 Next up, I tuck into braised lamb shoulder served with harissa, tabbouleh and crème fraiche. The phrase ‘falls off the bone’ springs to mind, but when there is no bone, all the better. In fact, my son comments: “it’s so tender I’m sinking into the chair”. He has heartily ‘borrowed’ from my plate whilst being in steak heaven with his own beautifully seasoned onglet steak and excellent chips. We are firm believers in always finding room for dessert, so baked cheesecake with Cognac-soaked sultanas, and warm, freshly baked Madeleines finish off a fine meal.

The wine list offers an excellent selection by the glass and the bottle and the service is friendly and relaxed. With a good playlist, atmospheric lighting and such excellent cooking, this hidden gem is well worth seeking out. 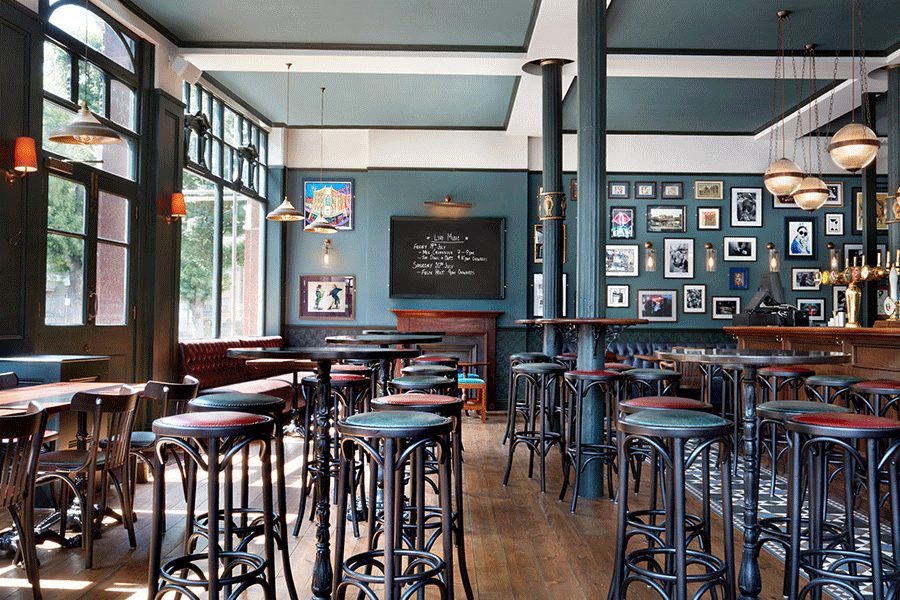