First things first, so you don’t feel like a fool making your booking over the phone – and I speak from experience here: the name is Mere, spelt like a lake, but pronounced Mary. It’s named after Monica Galetti’s Samoan mother, one of a number of very personal touches at the Masterchef: The Professionals judge’s first restaurant. A labour of love for Monica and her husband David, who was head sommelier at Le Gavroche, Mere opened on Fitzrovia’s Charlotte Street in March this year, targeting the higher end of relaxed dining. The interior design and menu are both inspired by classical French and South Pacific influences (born in Samoa, Monica grew up in New Zealand and David is French).

It is a little early for lunch, so we start with a glass of the house Champagne in the bright ground floor bar. The restaurant is downstairs, and though long and narrow, the space feels light and airy, thanks to a clever lightwell. It is buzzing on this Thursday lunchtime. Samoan artworks – by Galetti’s cousin – hang on the walls, and doors open onto a terrace area (lined with the wood from crates of the couple’s favourite wines).

The pork “boil up” on the starter menu is Monica’s take on a traditional Kiwi dish, but I’m more tempted by the mushroom and Marmite, having recently discovered that I am, in fact, an inhabitant of the “love” camp. Meaty wild mushrooms are served with nutty tortellini and a melting Marmite butter, the latter lending a gentle hint of umami to the dish. Next up, squab: pink and tender pigeon breast glazed with rhubarb, served with a crunchy ras el hanout pastilla. The gentle combination of sweet and spice is a winner. For dessert, rhubarb and crème fraîche layers, with shortbread and white chocolate sorbet, is pretty as a picture, and though it looks saccharine sweet, is light and delicious – the perfect ending. From what we’ve seen, Mere looks set to make its mark on Charlotte Street’s foodie scene. 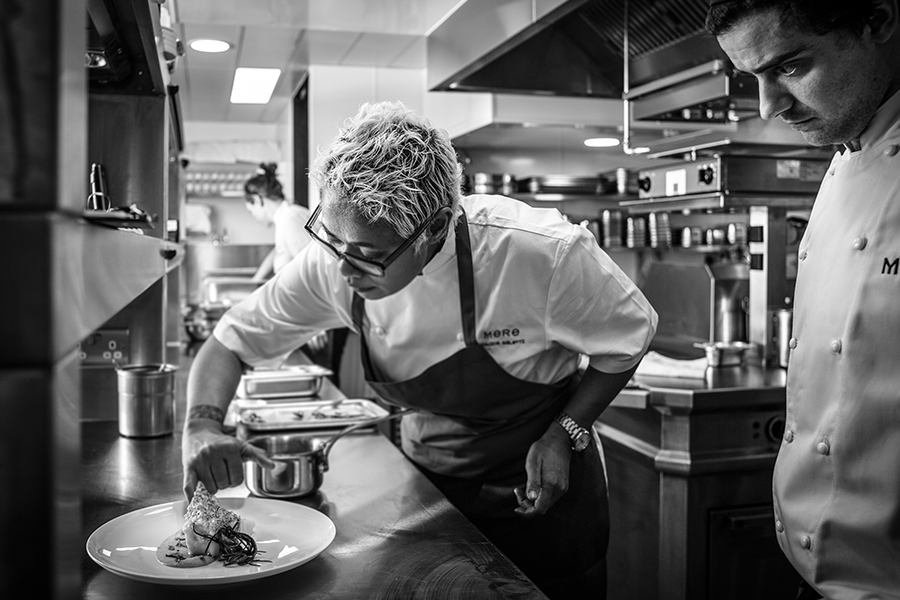 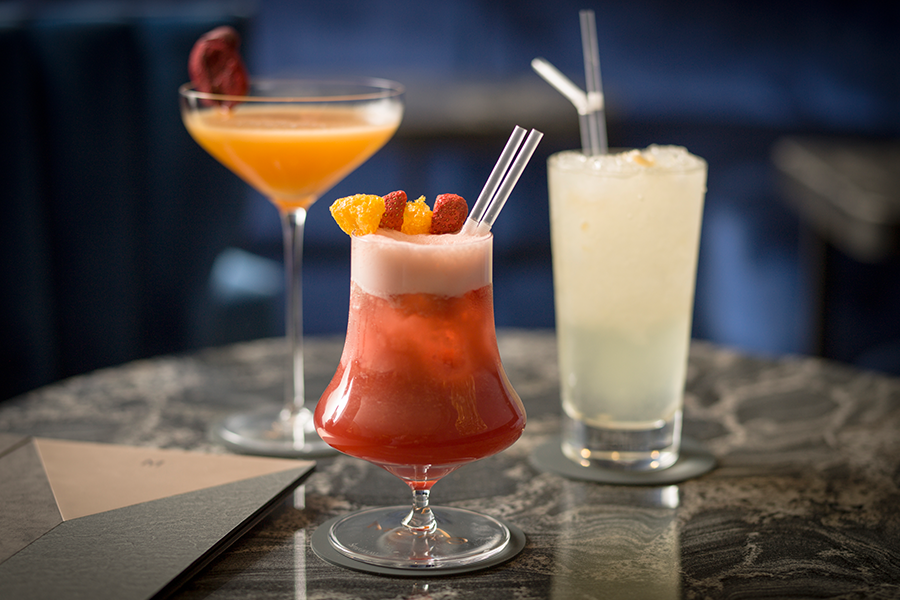