Heritage, a new Soho eaterie billed as London’s first modern Swiss-inspired restaurant, had me Rolodexing through everything Helvetian in my memory palace in anticipation. And I was right to hover at Heidi. The most notable part of that book for eight-year-old me was the wonder of melted cheese for breakfast, lunch and dinner. And if you love melted cheese (and frankly, who doesn’t?) you will almost certainly love Heritage.

Firstly, the enthusiastic waiter insisted (and how very right he was) that we should try the rösti. A lesser-known Swiss dish than its unctuous sibling the fondue, the rösti was as delicious as crisp potato shreds draped in warm Comté cheese and scattered with sizzling salty bacon could be. Comfort food par excellence. Plates are for sharing at Heritage and we fought over every last scrap. But Heritage is also about a modern twist and the steak tartare was reinvented as a dry-aged beef with beetroot and yoghurt dressing; a pleasingly subtle flavour with earthy notes. 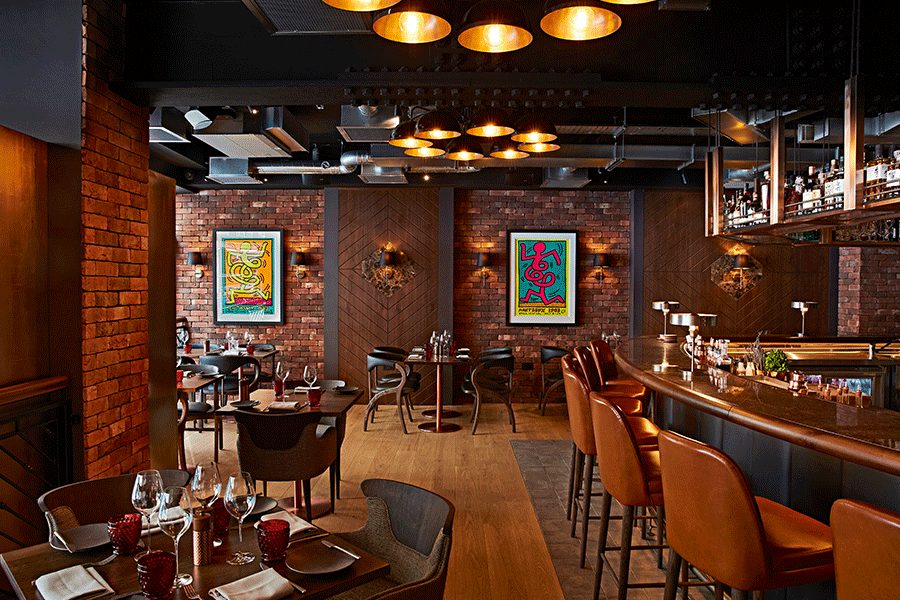 We then opted for the raclette, another Swiss success story. Here, cheese is designed to melt over a mix of Cobble Lane Cured charcuterie, pickles and tiny potatoes aided by a mini heater; but health and safety meant that the cheese was brought to the table ready to be sliced, dripping, from its round directly onto the accoutrements. It was more theatrical than the fondue, yet we still enviously eyed our neighbours dipping happily into Heritage’s signature dish. But the waiter again insisted (and again, he was probably right) that we had ordered enough. This is not food for the faint hearted. Chef Aarik Persaud has, however, liberally sprinkled the menu with lighter options such as the lobster and roasted fennel tart, while impressive dishes for two include Chateaubriand of Dedham Vale beef cooked at a table-top charbonnade grill.

Innovation in London is hard to pull off. Yes, we’ve seen it all. And where Heritage really excelled was in the drinks department. Cocktails created by mixologist Zoran Peric include the refreshing Yuzu Collins, made with Roku gin, elderflower liqueur, yuzu juice and fresh ginger. Bubbly sommelier Elena Serban was so enthused by her wine list with an Alpine edge that I couldn’t resist trying a Swiss Viognier: the fresh, tangy flavour with hints of grapefruit is a lovely foil to silky cheese dishes. The cellar includes a number of New World wines and the final hurrah paired a syrupy Australian dessert wine with toothsome figs, honey, walnuts and a last tasty slice of you-know-what. Time for a brisk walk on a snowy mountainside. No Uber home for Heidi. 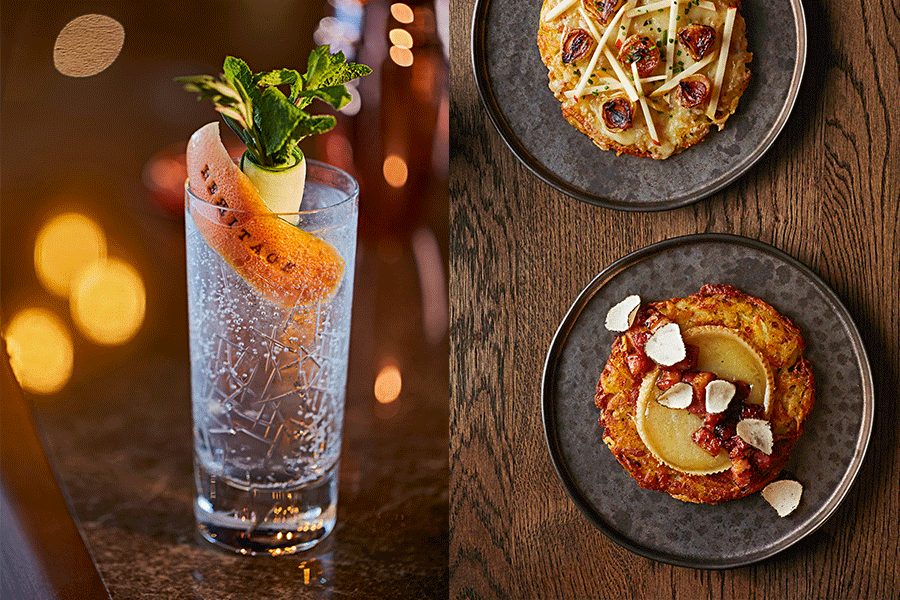