As a classic meat and fish eater, in full transparency, I’ve never been to a restaurant that doesn’t sell the aforementioned, so I was intrigued to find out if could actually enjoy a three course plant-based meal without feeling somewhat bereft by the end. I head to The Gate in Hammersmith. One of four restaurants, the others being in Marylebone, St John’s Wood and Islington, their ethos is non-gimmicky gourmet dishes served in beautiful surroundings.

On our arrival there is a slight mix up with our booking but we are swiftly seated in a lovely corner spot and handed chilled glasses of Prosecco. I like being tucked away so that I can surreptitiously check out my surroundings, and fellow diners. We are in early but it’s already got a mixed crowd of families, couples and friendship groups, and the staff are friendly and attentive. Nature plays a large theme and one wall is entirely clad in pieces of wood, while the other wall is almost fully glazed with a huge skylight.

The menu is varied but not so huge that it’s overwhelming. We opt for jackfruit tostado, a pretty traditional Mexican dish which is a great start for this plant-based novice. I’ve heard so much about jackfruit but never actually tried it before. It really does have a pulled-pork-like texture and in this case is marinated in chipotle and served on a crispy corn tortilla with a light and zesty coriander and lime sauce, pickled red onions and black bean purée. My friend plumps for Korean cauliflower tempura served with a sesame and lime dip which comes in a huge and satisfying portion. We also order some sourdough bread and dip massive, still warm slices into olive oil. 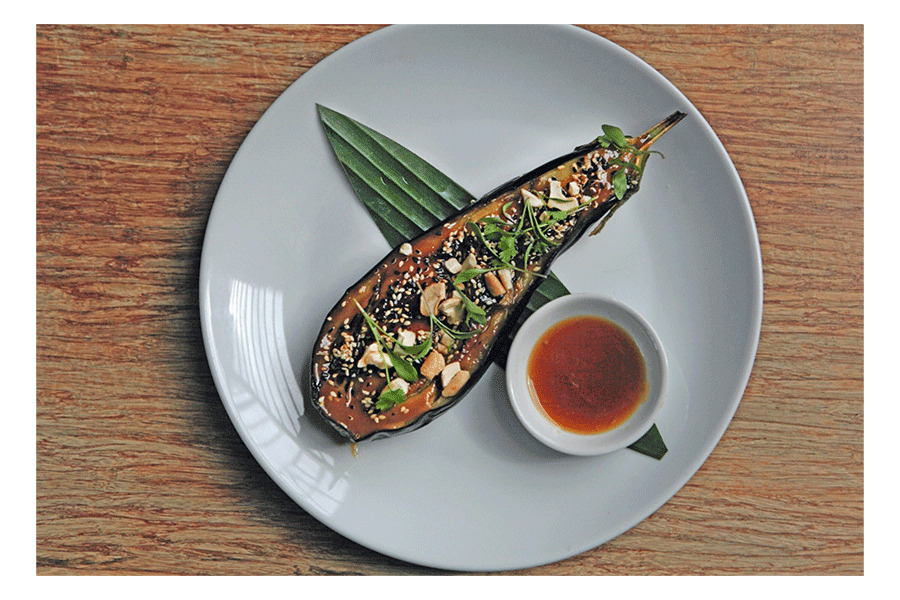 For mains we go for red Thai curry which is served wrapped in banana leaf, with baby corn, mange tout, tofu, shiitake mushrooms, sweet potatoes and served with basmati rice. It’s such a pretty plate and the presentation is really well thought out.  It’s fairly low on the heat factor and there is plenty of lemongrass running through it, with well cooked fresh crunchy veg and perfect rice. We also try a mushroom risotto cake; crispy on the outside and with a slight bite on the inside, it’s presented resting in a lake of delicious creamy mushroom sauce, with rocket and plenty of mushrooms piled on the top. Another very generous portion, it’s a modern day miracle that we actually make it to the dessert menu, as I may have forgotten to mention the oh-so-good crunchy polenta chips we made short work of too! 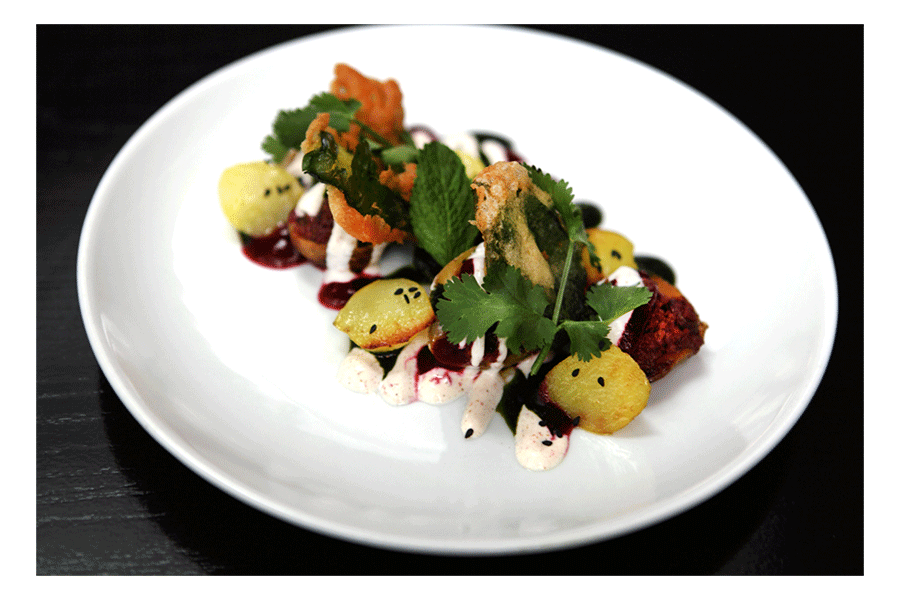 For pudding it’s a small menu, but whaddya know, I like everything on it. After some serious mulling over we choose tiramisu, which is less sweet than a traditional one but extremely tasty, and a mango and passionfruit cheesecake with a passionfruit coulis. It reminds me of a Solero, which as it’s my favourite ice lolly, is high praise indeed.

I’ve got to say, while I’m in no rush to give up meat and fish entirely, this has really opened my eyes to the big wide world of plant-based eating. Healthy, nutritious and supremely tasty meals that are doing me and the planet some good. Whether this translates to my own kitchen remains to be seen, but for now I know The Gate has me covered.