Asian food, on the whole, just happens to be my favourite cuisine, so when my partner and I are invited to visit this amazing Filipino gem in Kensington, a mere stone’s throw away from home, it is much to my delight. Prior to visiting, Filipino cuisine wasn’t something I had been overly familiar with though, partly due to the fact that this South East Asian island’s food is still poorly represented in our fine city. Romulo Café though, represents for the Philippines in fine style indeed!

The restaurant is named after its owner Rowena Romulo, granddaughter of General Carlos Romulo, former President of the United Nations General Assembly. Unless one enquires about the heritage of this lovely establishment, one might at first glance wonder why the walls are generously adorned with photos of a Filipino military and diplomatic nature; a seemingly unusual choice of décor. However, Rowena and her family have much to be proud of, and either way, Romulo Café is stylish and cosy and engenders a family atmosphere. 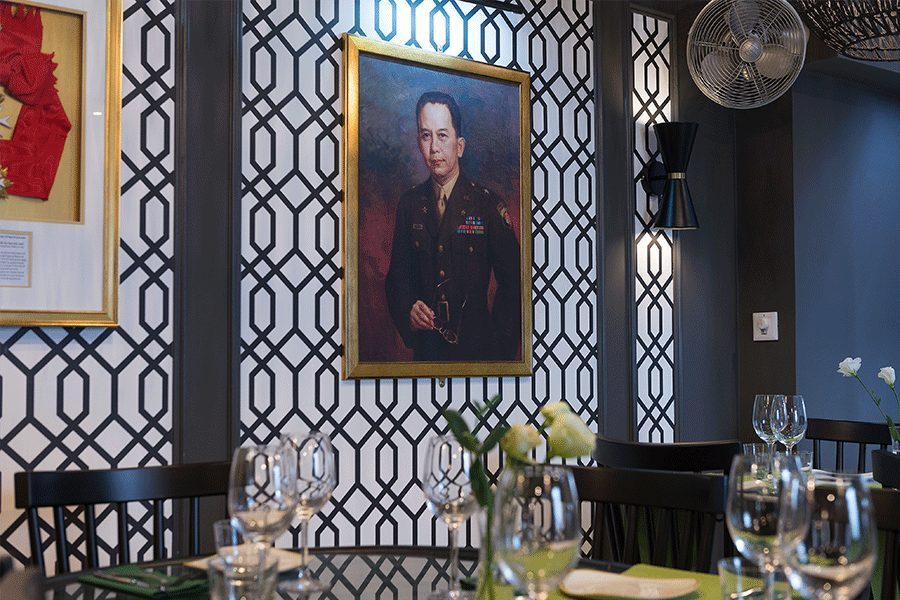 There are some restaurants one either likes, loves or otherwise, but never quite make it back to in a hurry, and then there are those that become instant favourites. These are few and far between, but Romulo has become one of them for me! So much so, that I actually revisit it less than a week later as restaurant of choice for my birthday meal, just so we have tasted almost everything on the menu, purely in the name of professionalism (ahem).

On both occasions, we are greeted by the very friendly staff, seated and offered a cocktail. The cocktails here are fantastic and after extensive research we can wholeheartedly recommend the ‘Mango Mojito’ and ‘Imelda’s High Heels’ as our highlights from their cocktail menu. The food though… well this is just on another level.

There are several ways to eat at Romulo Café; including a five-course food and wine-pairing menu, and even a Filipino afternoon tea for two. On both occasions though, we plump for the à la carte menu, and even then there are a number of ways you can choose to experience this. There is the option of the ‘Platito’ menu; tasting plates, which usually means small (read tiny) portions of food of which you enjoy several of, and there is the ‘Plato’ menu; Romulo’s ‘signature sharing plates’. Or of course, for the true food enthusiast, there is a combination of both. We can assure you that in this instance ‘tasting’ plates most certainly do not mean tiny portions – far from it  – they are all extremely generous and amazing value for money, as is the entire menu here in fact. 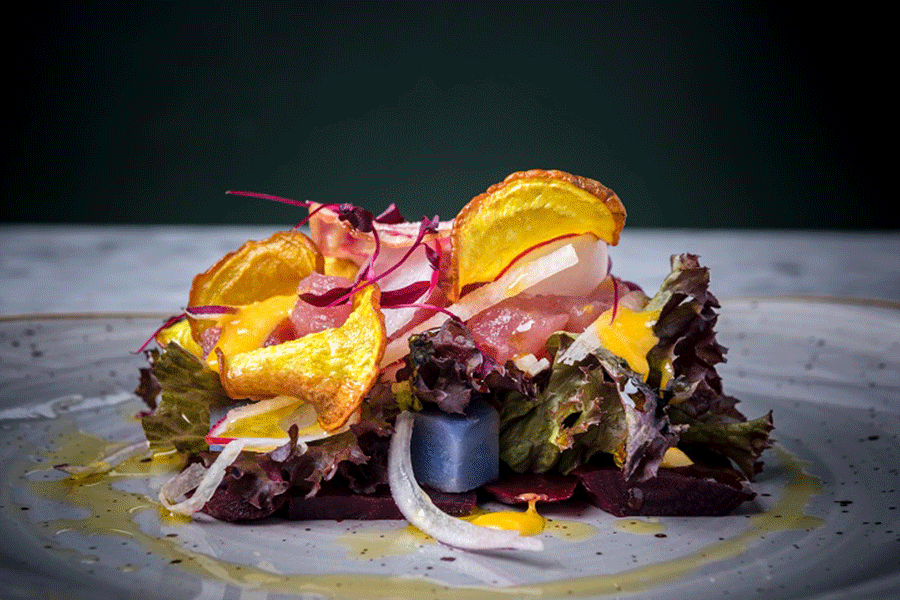 Over the course of both visits we manage to try every single dish on the platito menu, all of which are delicious. However, if pushed to recommend a few highlights, we can steer you in the direction of the sizzling chicken ‘inasal sisig’ – gorgeous tender sizzling chicken marinated in annatto, ginger, green chilli, garlic and lemon grass, served with a tasty garlic mayonnaise drizzled over it. Bursting with flavour, yet far from overpowering, this is the first dish we taste here and immediately, we know we are in for a real treat. The “Pritong Pusit” crispy squid is another firm favourite of ours, and akin to a Filipino twist on the perennial Chinese favourite: crispy chilli beef – except it’s not beef, it’s squid. The honey glazed chilli beef is also deliciously tender, yet crispy and sweet, and the kalamansi cured tuna ceviche… oh who am I trying to kid; it’s all great! 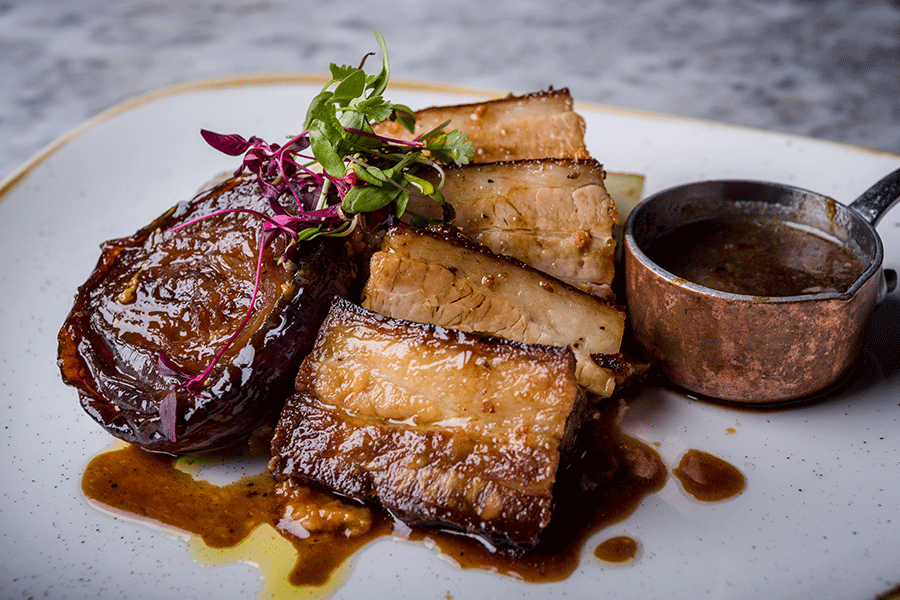 The one thing perhaps you should be aware of is that there are several fried dishes on this menu which are served fairly dry, and after our aforementioned ‘extensive professional research’, we recommend that you try a mix and match approach with the Plato menu and also choose dishes served in Chef Jeremy’s delicious sauces, such as ‘Tito Greg’s Beef and Oxtail Kare Kare’ stewed in annatto & peanut sauce – a massive portion brimming with melt in the mouth meat, served with aubergine, bok choy and green beans, or the chilli king prawns sautéed in a coconut milk and lobster coulis – simply amazing!

I could walk you through so many of the dishes on the à la carte menu in more detail, but I think I’ll just tell you to go find out for yourselves. It’s an old friend of mine’s birthday today, so as a special treat, I’m leaving right now to pick up a take-away from Romulo. Are you getting the picture here? Go on, go!