The world’s hottest chilli is constantly changing and evolving, giving experienced heat seekers something new to try each year. From the fruity but powerful Scotch Bonnet to the genetically engineered and brutal Carolina Reaper, these hot peppers are enough to excite any gastronome. Offering a myriad of flavours and spicy kicks, these peppers should be a welcomed addition to a fantastic meal. So, if you’re thinking about trying one of the world’s hottest peppers, then keep reading. Here are some of the hottest chilli peppers in the world that are guaranteed to ignite any meal.

Hottest chilli peppers in the world

As a long-standing record holder of heat, the Carolina Reaper is the hottest pepper to be created. Although the Carolina Reaper lacks a natural heritage, the pepper is a staggering 1,641,000 SHU and peaks at 2.2 million Scoville, making it 200x stronger than a jalapeño. The Reaper became highly popular for chilli fanatics in 2013 when it ranked as the world’s hottest chilli by the Guinness World Records. However, in 2018 the pepper exceeded itself with an even higher score on the Scoville chart. While it may appear too much for some, this pepper doesn’t just have heat but has an excellent fruity, smokey and deliciously sweet undertone which makes an excellent addition to your meal. Perfect on top of pizza and pasta, we recommend you buy chilli flakes for a sweet but powerful and tasty kick. 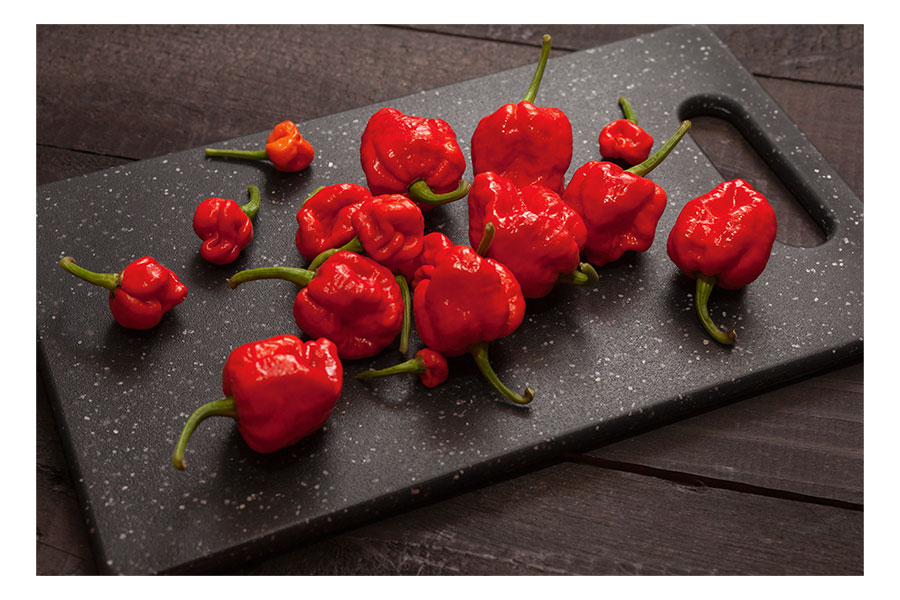 Native to the lands of Moruga in Trinidad and Tobago, the Trinidad Scorpion is a highly sought after and rare pepper. The Trinidad Scorpion gets its name from its homeland and appearance, with a devilish tail reflecting the poisonous barb of a scorpion. The Moruga Scorpion, the first pepper ever to break 2 million Scoville, held the world record for spiciness for several years but was later exceeded by the Reaper. Despite being the hottest naturally occurring pepper, it is also famously known for its fruity and flavourful undertones. Chilli lovers recommend adding a dash to any meal for an explosion of flavour, as well as the endorphin rush that follows the consumption of such a powerful pepper.

The Ghost Pepper is the most famous “Super Hot” chilli in the world. This is an interspecific hybrid chilli pepper containing all of the habanero and Tabasco pepper cultivars. With two variants appealing to extreme heat seekers and those who prefer something a little milder, this pepper is not for the faint-hearted. The chocolate variant of this pepper is a very rare naturally occurring permutation and is named not only for its rich colouring but also for its notoriously sweet flavour. However, the red Ghost Pepper is the fiery, less sweet original that has risen in popularity. Cultivated in the Northeast of India, the red Ghost Pepper is responsible for some of the most tongue-sizzling curries and chutneys in the entire world. 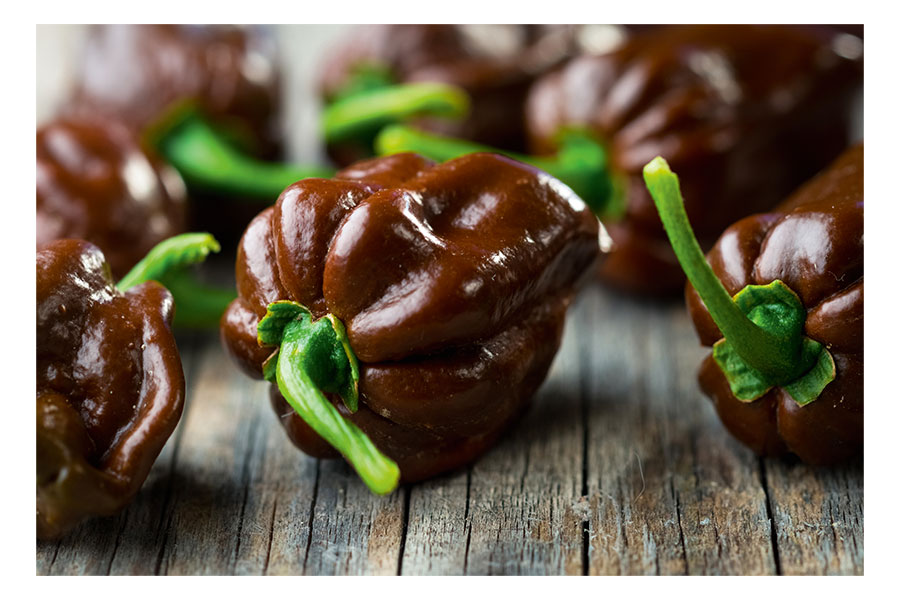 Almost every chilli lover’s favourite. This rich, smokey flavoured pepper is perhaps one of the most complimentary peppers to any spicy dish. However, if you hope to get a smooth chocolate flavour, you are in for a big surprise. In fact, it has a wonderful passion fruit-like flavour buried under the heat, making it the “ultimate salsa pepper”. With 300,000 – 450,000 Scoville Heat Units, you are more than likely to find these unique peppers in world-famous Jamaican jerk sauces. If you can take the heat, this is a must-try addition to any hot dish.

At 100,000 to 350,000 SHU, the Scotch Bonnet is arguably the most bearable of the hottest chillies in the world. Originating in the Caribbean, the pepper gets its name from the perceived resemblance to the Scottish Tam o’ Shanter bonnet. With a powerful but tolerable kick, this pepper is beautifully sweet, which compliments the heat perfectly. Most commonly found in hot Caribbean dishes like jerk chicken or jerk pork, it is also one of the main ingredients in the famous West Indian hot pepper sauces and can be found in almost every household in the Caribbean. This is every heat lover’s favourite and is a must-try if you want the delicious blend of sweet and spicy.

Which one of these hottest chillies do you dare to try?