We’ll admit it, we’ve been thinking about Christmas for months now, but this weekend marks a monumental milestone. Yes, it’s the start of December and it’s officially acceptable to start getting properly excited, which means tucking into festive treats and digging out those Christmas tunes. And when it comes to the former, we’re not short of festive inspiration, having been lucky enough to be invited along to a Christmas masterclass with baking maestro Edd Kimber (winner of The Great British Bake Off in 2010) and Grand Cuisine by Electrolux. 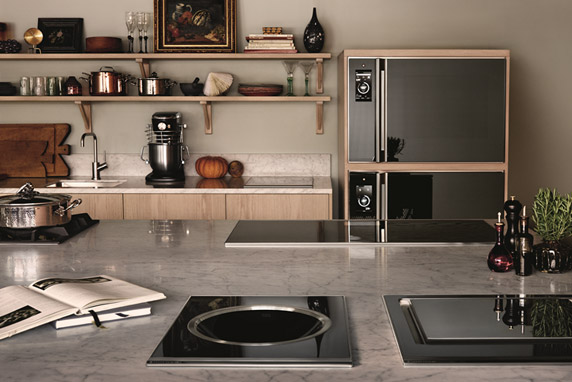 We’re not sure what Mary Berry would make of our mince pies (they don’t have soggy bottoms, but that’s about all they have going for them), but with the help of Edd and a kitchen full of seriously out of this world appliances, even we managed to wow with our cake-y creations. And that’s the joy of this exquisite collection – having established a reputation as the go to brand for professional kitchens (fans include some of the top chefs in the world, including Richmond Lim and Claude Bosi), Electrolux have used their Michelin star-inspired knowledge to create a range for use at home. With an oven that heats up in just a couple of minutes, and remembers your favourite recipes (including how long each takes to cook), a stand mixer with a motor that’s whisper-quiet, and an induction hob which only heats up when it sense a pan is present, cooking is, quite simply, a breeze.

Of course, if you want to get Christmassy and creative in the kitchen this weekend, it’s a little late notice to sort yourself out with a whole new range of appliance, but there’s nothing stopping you trying out Edd’s recipes (we just can’t guarantee the success). Enjoy. 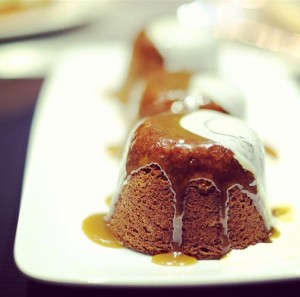 Roughly chop the prunes and place into a saucepan with the water and Armagnac and bring to the boil. Reduce the heat and simmer for 2-3 minutes or until most of the liquid has been absorbed. Set aside to cool slightly.

Pre-heat the oven to 160°C on combination at 40% humidity. Place the butter, sugar, vanilla and golden syrup into the Stand Mixer, fitted with the paddle attachment and beat together until light and fluffy. Add in the eggs and beat until fully combined. Remove from the mixer and fold in the flour. Use a hand blender to puree the prunes, don’t worry if you have a few lumps, add in the baking soda and then fold into the cake batter. Divide amongst the prepared moulds and place onto a baking tray. Place in the oven and bake for 17-20 minutes.

Serve with a little cream and butterscotch sauce (recipe below)

For the sauce place the butter and sugar into a saucepan and cook over medium heat until melted and smooth. Add the salt and cream and simmer together for a few minutes, adding a few tablespoons of Armagnac to taste. 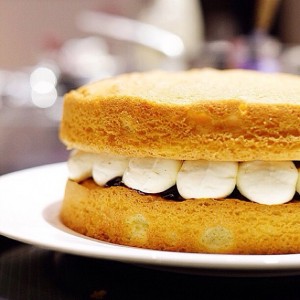 EDD’S BLACKBERRY AND TONKA BEAN CAKE
For the cake:

For the tonka buttercream:

Preheat the oven to 160°C on convection. Place the butter and sugar into the Stand Mixer and beat together until light and fluffy, around 5 minutes. Add the eggs one at a time beating until fully combined before adding another. Remove the bowl from the mixer and fold in the flour and the baking powder. Divide the batter between two 8-inch tins that have been lined with parchment paper and lightly greased. Bake in the preheated oven for 20-25 minutes or until browned and a skewer inserted into the middle of the cake comes out clean.

Allow to cool in the pan for 10 minutes before inverting onto a wire rack to cool completely.

For the buttercream place the egg whites and the caster sugar into the bowl of the stand mixer and place the bowl over a pan of simmering water, making sure the bowl doesn’t touch the water. Whisk until the sugar has dissolved and the egg whites are warm to the touch. Remove from the heat and place back onto the mixer. Whisk the egg whites until they have cooled to room temperature then slowly add in the butter, a couple pieces at a time. Once fully combined you should have a light silky buttercream. To flavour grate a tonka bean into the bowl and whisk together.