Have you ever eaten a Michelin starred meal standing up? We have.

Everyone knows that the Italians do it best, and the kitchen design company, Made in Italy, with their tagline L’Italia Che Vive (Kitchen, Soul, Design) chose three passionate food-loving Italians to celebrate and promote the excellence of the Italian kitchen, at an event in City Hall, overlooking the skyscrapers and historical monument of the heart of London. 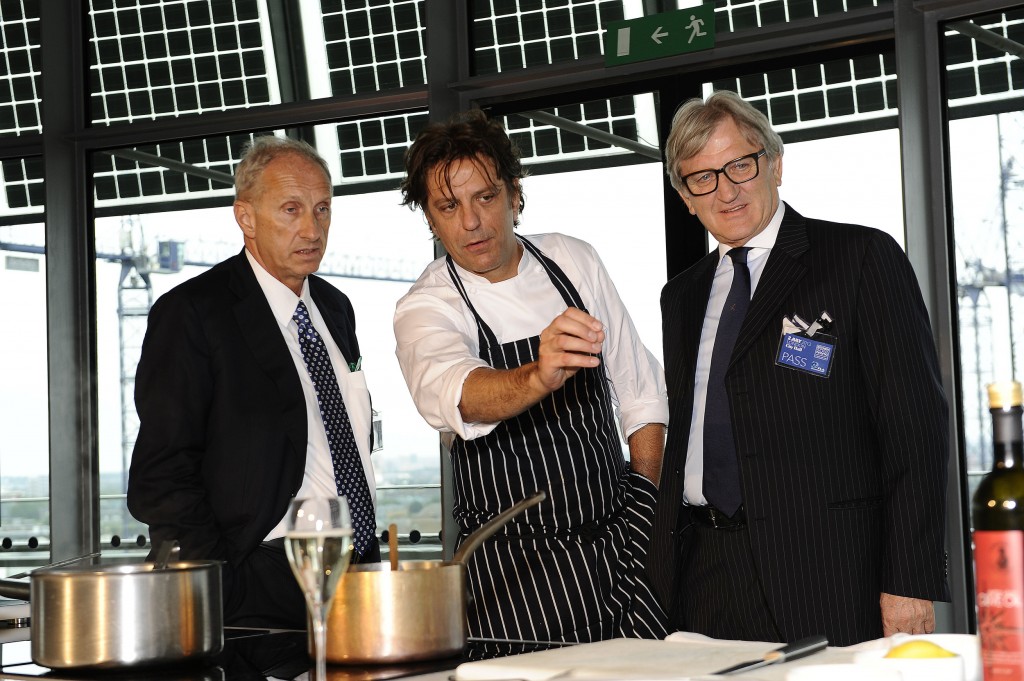 Giorgio Locatelli is the talented Italian-born chef who earned a Michelin star in 1999 for his first London restaurant, Zafferano, and another in 2003 for Locanda Locatelli in Mayfair. On the evening in question, Chef Locatelli oversaw Claudio Silvestrin, Italian architect and designer, and Gianluca Vialli, former Chelsea player and manager, who now lives in London, staging a culinary demonstration in a specially designed kitchen. It was a little like watching a live version of Saturday Kitchen, listening to their conversations, in which they spoke of the kitchen being the heart of the family home, and the soul of Italian gastronomic heritage. Mr Vialli set to work on the scallop risotto, later doused in Prosecco by Chef Locatelli, whilst Mr Silvestrin made the monkfish and rocket starter. We didn’t get to taste their efforts directly but the CEO did, and seemed surprised it was so palatable. On prompting from the very glamorous MC, Mr Vialli compared English football to a meat pie – full of passion and energy, and the Italian players to a tiramisu – all about the lifestyle. 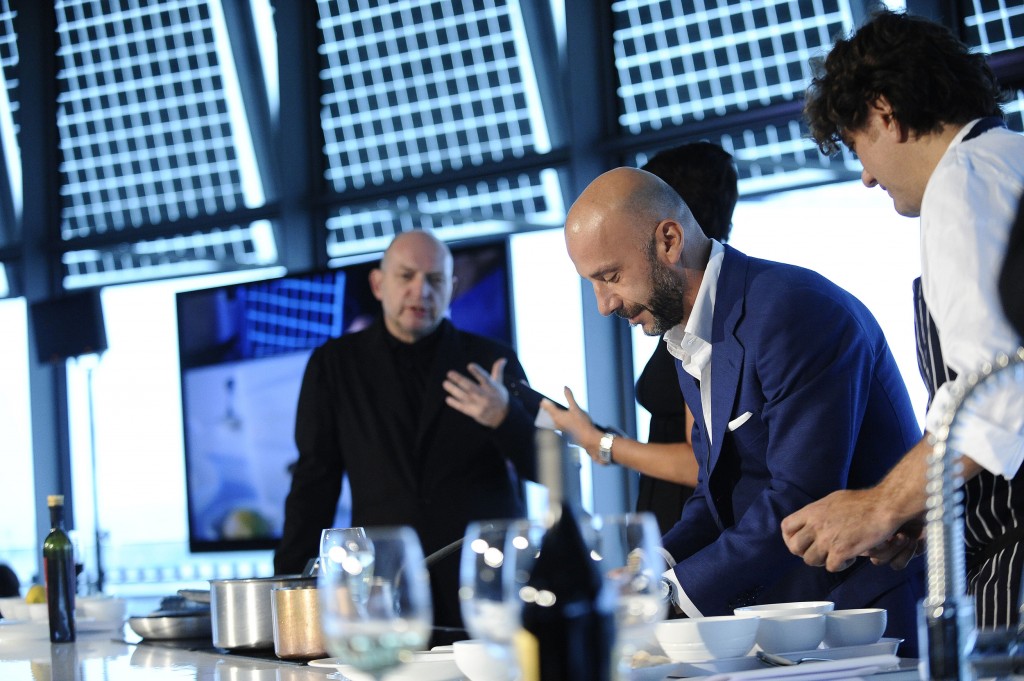 Chef Locatelli’s dishes were then served to us in designer bowls, as we stood taking in the views and admiring the sleek, innovative kitchen, while we sipped Prosecco and savoured the simple yet delectable flavours. Dessert was an incredible cannoli served with a summer fruit coulis – utterly delicious. And as if that wasn’t enough, there were truffles and yet more Prosecco to come. 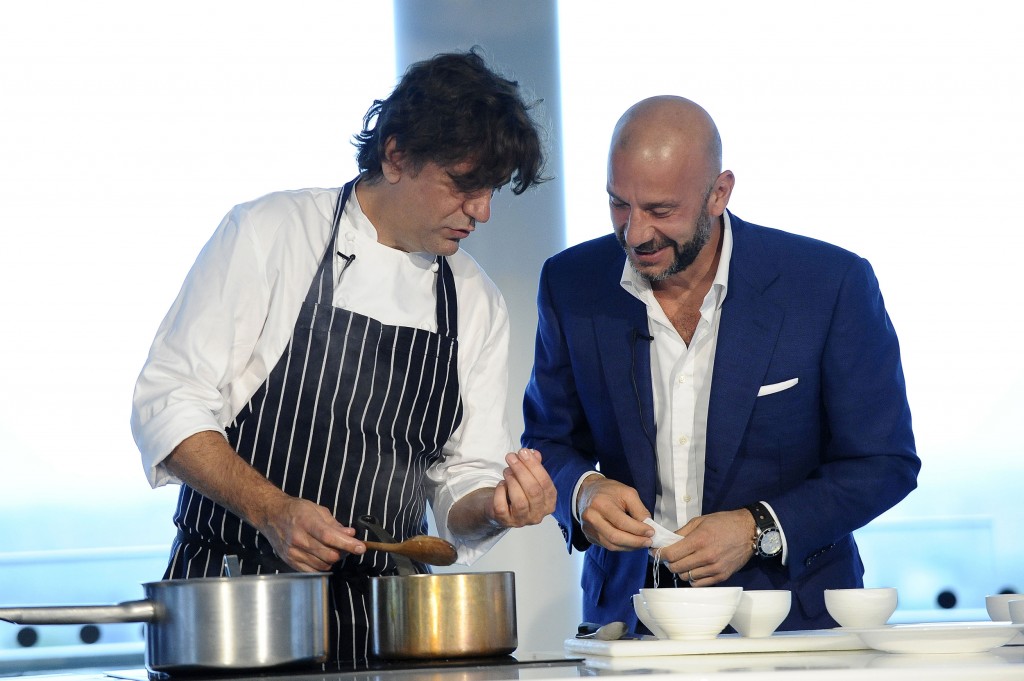 Meeting Señor Vialli at the end of the evening for a cheeky photo was certainly a highlight, as was the sublime menu cooked by Chef Locatelli. Buonissimo!