This production of The King and I arrived at the London Palladium from the Lincoln Center in New York festooned with awards. And it’s not hard to see why – visually and musically it’s stunning.

The King and I is one of the ‘big five’ musicals by Rodgers and Hammerstein. It has so many utterly beguiling songs, some of the most beautiful in musical theatre: Shall we dance? I Whistle a Happy Tune, Hello Young Lovers, Getting to Know You, to name just a handful.

Based on a Victorian memoir, the musical tells the true story of Anna Leonowens. A widowed Welsh schoolmistress, she is hired by the King of Siam to teach his wives and children as part of a drive to modernise his country and protect it from the colonial advances of Britain and France. 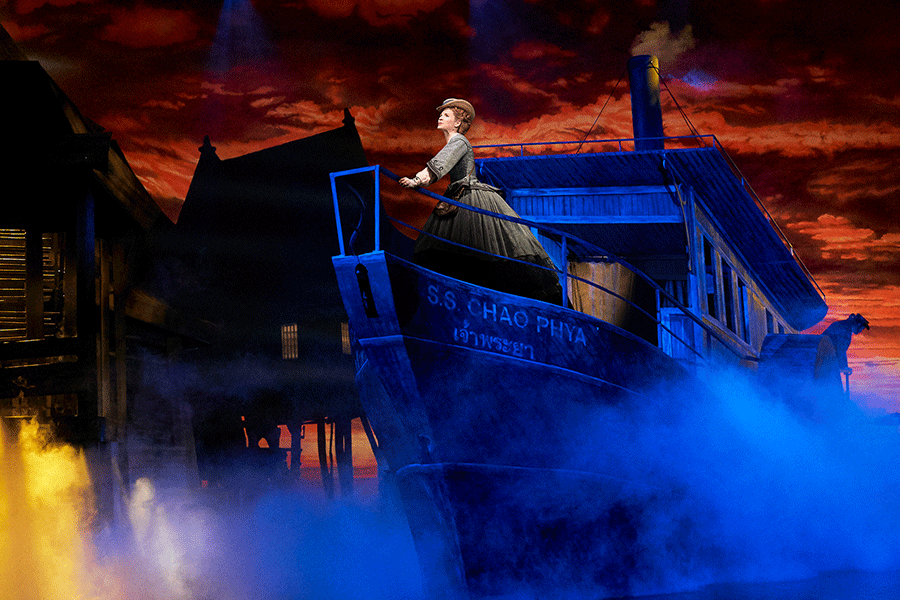 The show gets off to a cracking start. There’s a spectacular opening scene with ship’s prow gliding into view, bringing Anna and her sons to Siam. The sets are sumptuous and the costumes are lavish, but they don’t overpower the central performances. Kelli O’Hara in her West End debut is a triumphant Anna, with her lovely lyrical soprano and dramatic honesty – she completely inhabits the role. I have reservations about film actors in stage roles, but I was totally won over by Ken Watanabe’s statesman-like performance (with touches of humour) as the King. 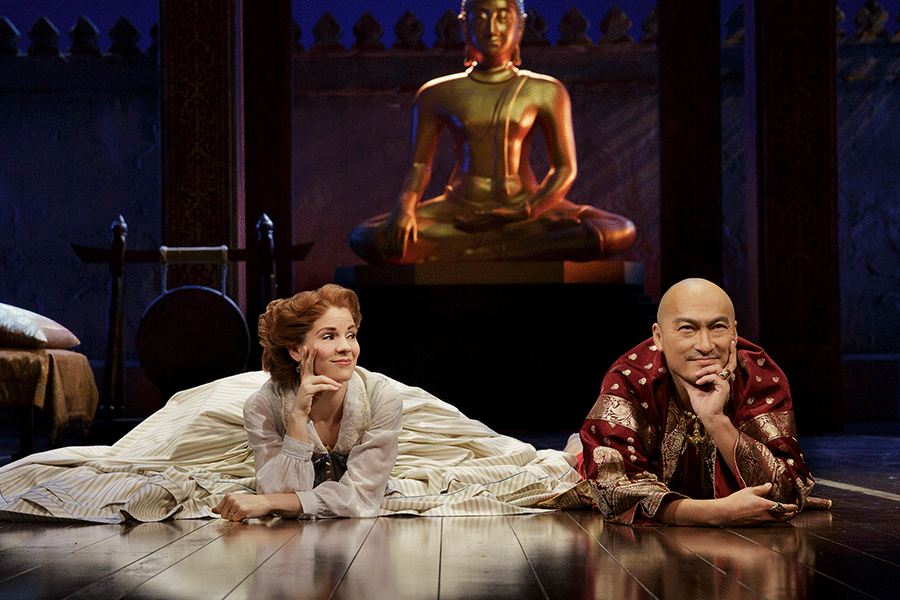 The chemistry between the two lead actors is palpable.It’s an impressively large cast and special mention should go to the heartbreakingly cute children playing Anna’s pupils – their entry stole the show in the first act. In the second act, The Small House of Uncle Thomas, a reworking of Uncle Tom’s Cabin, mixes traditional Siamese dance with ballet. It’s an astonishing piece of stagecraft and mesmerising to watch.

This is a stunning revival, a feast for the eyes and the ears – I wasn’t remotely surprised when the cast took their curtain call to a standing ovation.