What to see and do in London in the month of November. 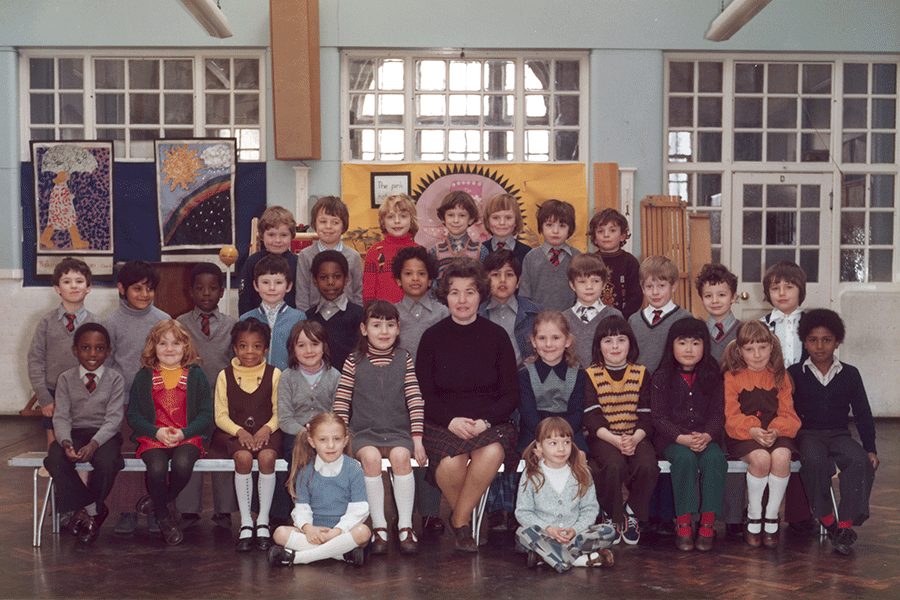 If you’ve got a little Londoner in Year 4 you’ll know all about Steve McQueen’s large-scale Year 3 project – large-scale being an understatement. Last year, our then seven year olds were dutifully photographed at school for what’s been hailed as the Turner prize-winning artist’s most ambitious work to date. For McQueen, seven is a milestone year – and in snapping tens of thousands of Year 3 pupils across the Capital to create a portrait of an entire age group, he captures forever a moment of excitement, anxiety and hope through the medium of the traditional class photograph. 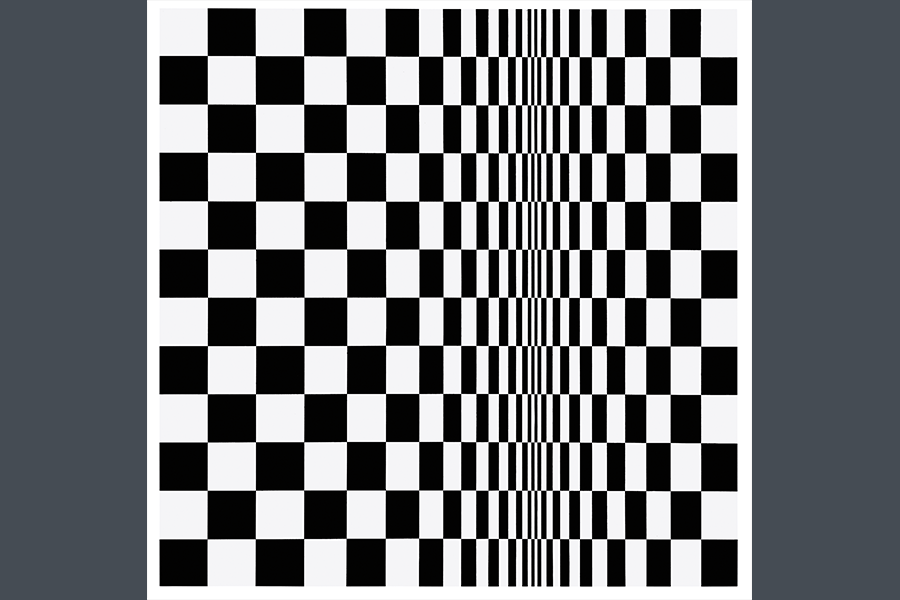 Just opened, this major retrospective spans an incredible 70 years of the celebrated op-art painter’s working life – the most comprehensive exhibition from the London-born artist to date. And its timing couldn’t be better: with the nights drawing in, and an autumnal chill in the air, there’s every reason to submerge ourselves into Riley’s colourful world of rainbow-bright geometrics and optical illusions. At 88, she remains one of the most distinguished and internationally renowned artists working today, a true pioneer whose eye-popping canvasses really should be seen up-close and in detail. Don’t miss this rare opportunity. 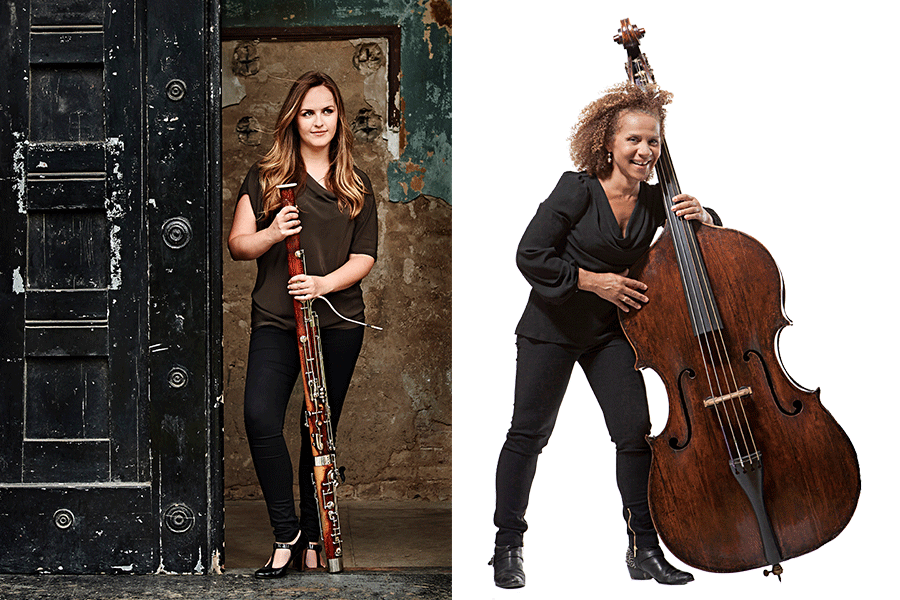 This eight day celebration of Ludvig’s legacy forms part of the Highgate International Chamber Music Festival and takes place across two of N6’s most beautiful churches. These intimate settings will host a number of events that feature a wealth of talent from across the classical music spectrum – from sopranos to string sextets. Don’t forget to pick up your free glass of mulled wine and a mince pie when you book a main evening concert and a candlelight concert on the same day. 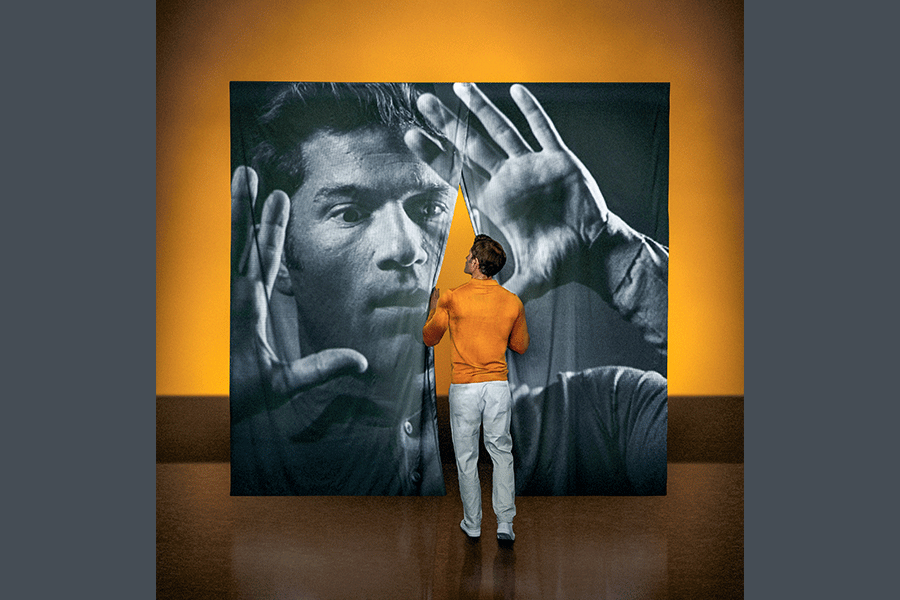 A parable about the perils of self-obsession, Philip Glass’s 1991 chamber opera, based on Jean Cocteau’s celebrated film of the same name, sees a fresh production this month in the glorious surrounds of the London Coliseum. Orphée is married to Eurydice but falls in love with an enigmatic princess. Obsessed with notions of immortality, he moves between the worlds of the living and the dead. In her ENO debut, director Netia Jones combines live action with projection, including fragments of the 1950 film. 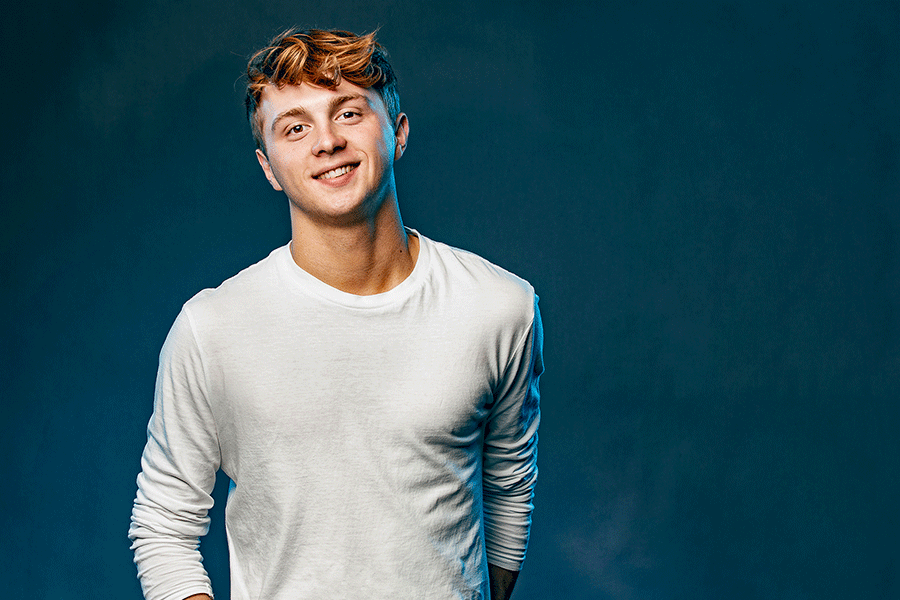 It may have done the rounds across the pond – picking up no fewer than six Tony Awards – but this production is full of firsts. Introducing an all-British cast, the London premiere includes several West End debuts, not least from main man Sam Tutty as Evan Hansen. The modern musical is fearless in its themes of social anxiety and teenage depression, and it boasts an epic score from the composers behind The Greatest Showman and La La Land. A big deal, then. Producer Stacey Mindich says: “I’m just thrilled that we’ve found the perfect cast to introduce the original musical – and its very real and very universal themes – to London. 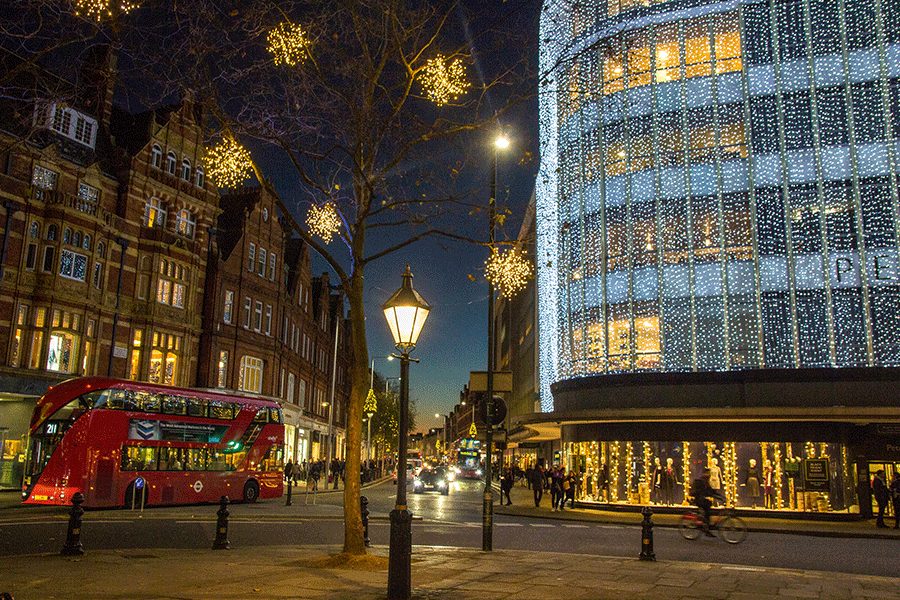 We might be slightly biased, but when it comes to festive lights there really is no place like London. And what better way to see them at their dazzling best than on two wheels? This twilight tour will take in the Capital’s bustling Christmas markets, an illuminated Harrods adorned with over 10,000 bulbs, and of course, the pièce de résistance that is the bustling West End in all its Christmassy glory. Don’t forget your camera. 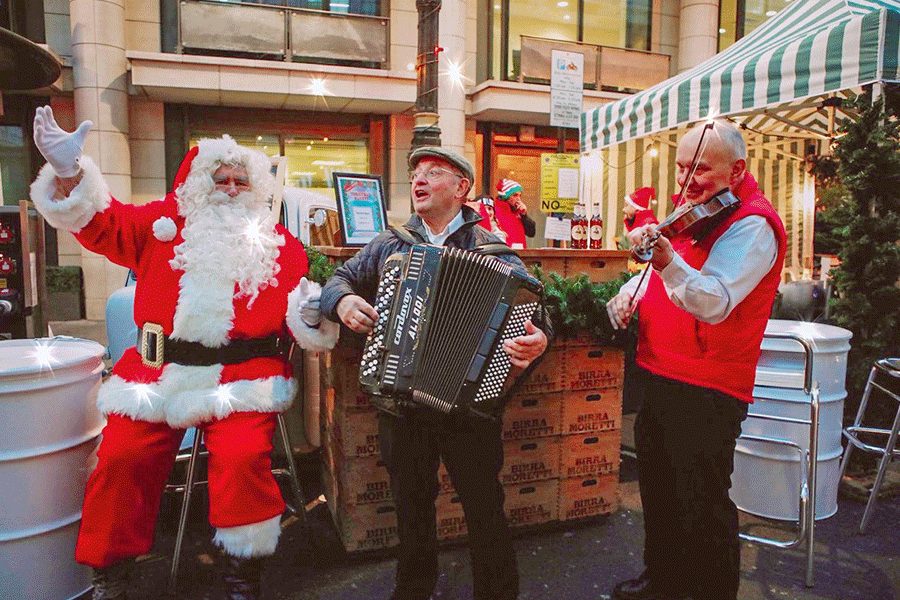 Love it or loathe it, Christmas shopping is on the mind this month (and if it isn’t, it should be). So why not do it in style? With over 30 stalls including Este Estilo, Dutch Oils Art and a Champagne ice bar from Louis Roederer, Novikov’s annual Christmas market returns with the whole of Mayfair Place closed off to the traffic. Strictly for seasonal merriment.