With 8 teams of London Estate Agents battling it out at Powerleague Nine Elms, The CPR CUP was a charity football tournament like no other. This unique, one day tournament was imagined by the CEO of Collins Property Recruitment, Barry Collins. When asked what inspired the tournament, Barry said, “We wanted to create something that would be a fun and memorable event, whilst also raising money for an extremely worthy cause.”

The teams, Carter Jonas, Chestertons, Foxtons, Greene & Co, Hamptons, JLL, Savills and Stutt & Parker, had an intense competition, concluding with an exciting final between Foxtons and Savills. With a winning score of 11-7, Savills were crowned champions, bringing the inaugural tournament to a close.

£5,390 was raised in total, and all proceeds from the tournament went to Canine Partners, a charity who train assistance dogs for people with disabilities. The money raised allowed for the purchase and initial training of a new puppy, a really great achievement! These incredible animals transform lives, allowing people to have greater independence and a better quality of life.

Barry Collins said, “We’d like to thank all the teams for taking part and hope they had an exciting and entertaining day. We’re planning to run The CPR CUP again next year, so the other teams will have a chance to rival Savills for the 2020 championship!” 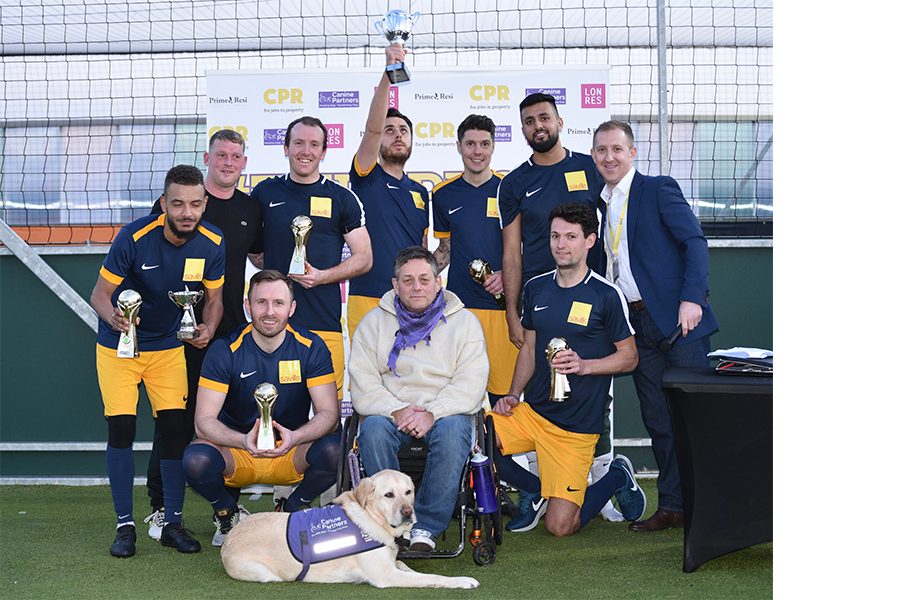