Once a little scruffy around the edges, this central London neighbourhood, which stands in the shadow of the BT Tower, has been smartening up its act in recent years; fine Georgian architecture, pocket-sized parks, pavement café culture and an almost unrivalled location add to the appeal. 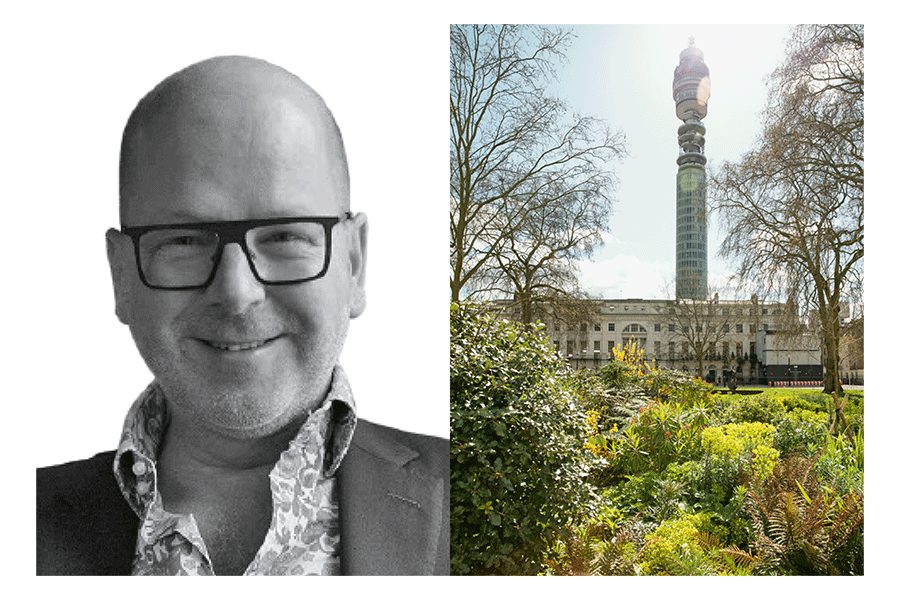 Living in Bloomsbury, I walk to work in Fitzrovia, passing through Russell and Bedford Squares and past the British Museum. I have to pinch myself – what a commute! I head up Tottenham Court Road towards Warren Street for a morning coffee at Miel Bakery – they serve truly amazing pastries, very much worth the detour. I sit in Fitzroy Square to drink my coffee, grabbing a few quiet moments before the start of another busy day at the restaurant on Charlotte Street.

If the kids are with me, we might pop into Pollocks Toy Museum on Scala Street, or stop for a snack from Homeslice on Wells Street. The kids cannot wait for the opening of Where the Pancakes Are, a new concept for Charlotte Street. My great pal Andrew Jose at No.1 Charlotte St (we’ve been neighbours on the street for 30 years) used to cut my hair (say no more!). Now the rest of the family go there instead. A guilty pleasure is to grab fish and chips from Gigs on Tottenham Street and sit in Crabtree Fields behind Pied à Terre.

An unlikely bolthole for an evening glass of wine is Cleveland Street, to the west of Fitzroy Square, in the shadow of the BT Tower – it is home to several great places, including The Remedy Wine Bar Shop & Kitchen and the Fitzroy Wine Cellar & Kitchen. A sneaky cocktail at the London Cocktail Club on Goodge Street is always fun, or a cooling ale at the Duke of York on Rathbone Street.

Charlotte Street is a very famous restaurant street, full of eateries including Norma and ROKA. Of course, my favourite spot is Michelin-starred Pied à Terre – in the famous words of Mandy Rice Davies, I would say that wouldn’t I, but it has been my second home for 30 years on this fantastic street in Fitzrovia. 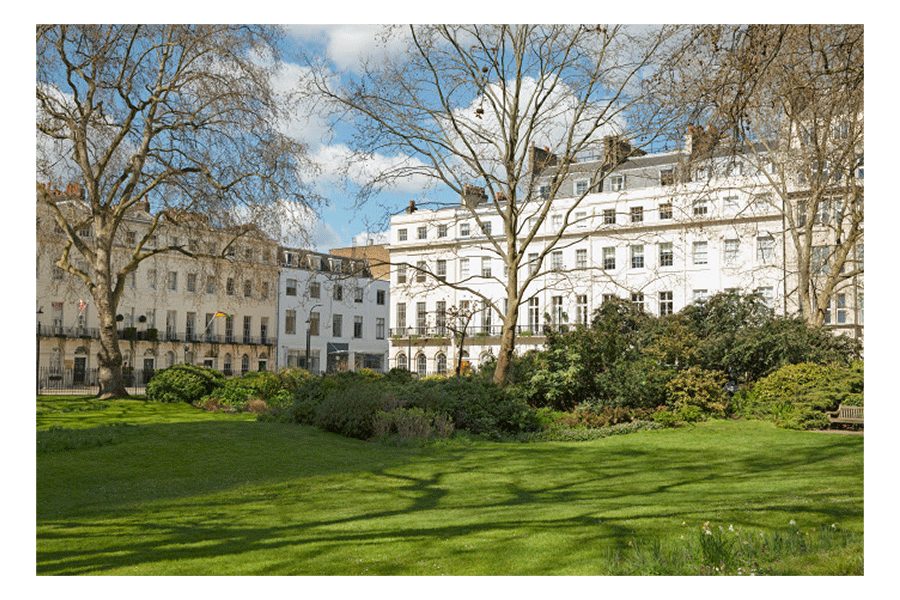 Fitzroy Square
The area’s only garden square is one of the Capital’s finest. Designed by Robert Adam in the late 18th century, the stately homes here are now listed

Charlotte Street
There’s a continental feel here on sunny days, when customers throng the al fresco areas of some of the Capital’s best eateries and bars

Colville Place
We love this quaint pedestrianised thoroughfare, where residents have lined the narrow cobbled passageway with pots of lush foliage 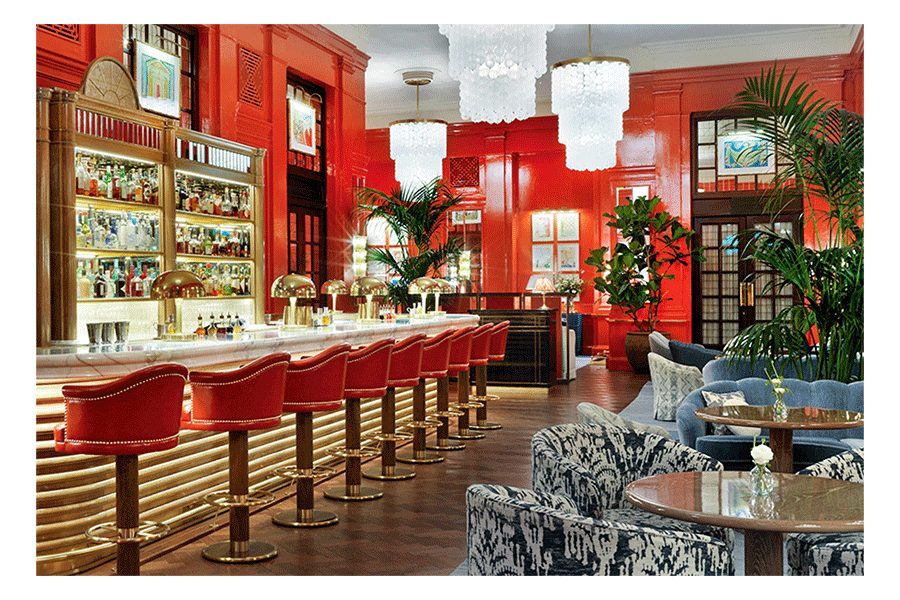 The Lamb, WC1N
Paul Finch from Beauchamp Estates names this lively central London pub as his local hero. “It’s a quintessential period pub – and it’s where Dickens used to drink,” he says. The Lamb is situated between Holborn and Russell Square tube stations, boasting a great location in the heart of the action. You really can’t miss its ornate Victorian façade with its gold lettering and bottle green tiles. Re-opening its doors on 17 May, we’re looking forward to many craft beers and much seasonal British fare to come. Book a table if you can. 94 Lamb’s Conduit Street, WC1N (020 7405 0713; thelamblondon.com)

Mortimer’s Café, W1W
Buzzing around town can be thirsty work, so it pays to have a favourite haunt to keep returning to for a well-earned coffee break. Located at the corner of Mortimer Street and Wells Street, Mortimer’s is exactly that: a local gem and a much-loved pit-stop for busy Londoners. “It is a fantastic independent coffee shop,” says James Staite from Dexters. “It’s the perfect spot to grab some lunch while I’m on the go. Their friendly team are always so accommodating and the fresh sandwiches are simply delicious. I would highly recommend Mortimer’s to anyone who is passing through Fitzrovia.” 26 Mortimer Street, W1W (020 7636 6557)

The Bloomsbury Hotel, WC1B
You don’t have to be a tourist to take advantage of the Capital’s finest hotels – and this local treasure is a case in point. Not just for overnight guests, the hotel boasts a range of luxurious amenities for local residents, too, from the exquisitely designed Bloomsbury Club Bar to the iconic Dalloway Terrace with its hedonistic, bohemian décor that’s so fitting with the spirit of the neighbourhood. Genevieve Manning, who’s lived in Fitzrovia for over 20 years, tells us: “The Bloomsbury is so lovely and a real hidden gem. There’s the cool Coral Room, a lovely 1920s speakeasy style bar.” 16-22 Great Russell Street, WC1B (020 7347 1000; doylecollection.com)